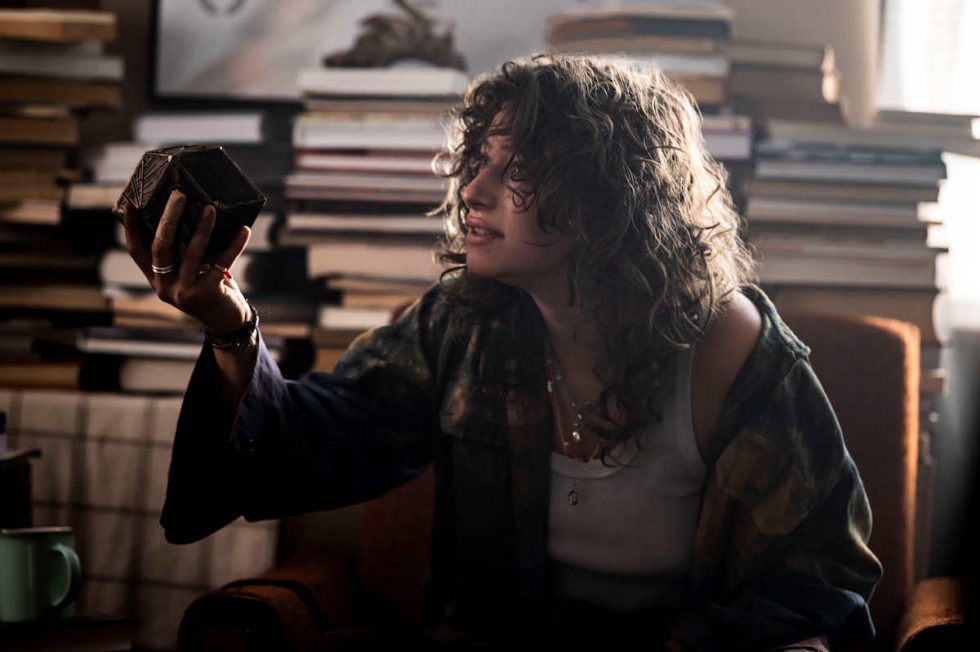 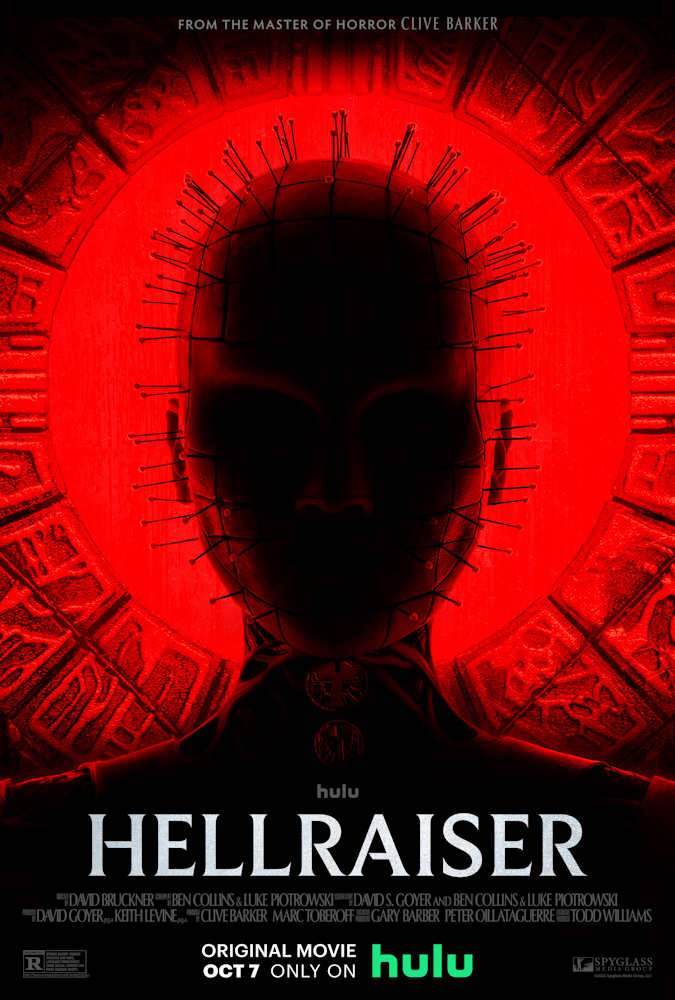 Hellraiser (2022) is a movie of expectations. You can go into the experience believing you are owed exactly what you’ve talked yourself into based on the prior familiarities with the author’s work. Or you can sit down, watch the film, and enjoy yourself.

Riley (Odessa A’zion) is an addict in search of the next good time. She exists on the fringes of her brother’s goodwill but it’s the high she’s always after. When his benevolence unravels for good, she’s out on her own. Her boyfriend, Trevor (Drew Starkey), knows how they can score some fast cash, probably enough to set them up for a long while with a place and drugs, and that’s how Riley comes into possession of a gold metal puzzle box. She dives into research, the way only someone with an obsessive personality can.

Parallel to Riley’s search for satisfaction is Voight (Goran Visnjic), a billionaire hedonist who threw lavish parties fueled by sex and drugs, and ultimately disappeared without a trace. Riley’s search for answers and her missing brother brings her to Voight’s abandoned mansion, and to the very threshold of her own oblivion.

In this reinvention of the 1986 Clive Barker novella, “The Hellbound Heart”, the human definition of “pleasure” continues to be at odds with the definition as understood by the inter-dimensional beings, the Cenobites. Led by the Priest (Jamie Clayton), they are travelers along the extreme highways of gratification. Their bodies are sliced, modified, and stretched to excruciating extremes. Possessors of the box after solving all six solutions of the Lemarchand Configuration (that’s the gold puzzle box if I lost you) are rumored to be granted an audience with God to become a god in one of six promised solutions – Lament (life), Lore (knowledge), Lauderant (love), Liminal (sensation), Lazarus (resurrection), and Leviathan in an eternity of sensual torture. It’s the kind of fun and excitement really terrible people deserve because it takes a really terrible person to entice others to complete all six puzzles. The Cenobites are not the villains in this story, merely the collectors and conductors to realms of agony. Humans are the monsters here, both Riley and Voight for their own weirdly specific reasons.

Where this story splits from both the original novella and the 1987 film directed by Clive Barker, and where it apparently sharply divides audiences, is the very personal description of “pleasure” and how it’s attained. For Riley, it’s lost in a drug-induced haze. For Voight, it’s greed and excess. Pleasure isn’t always sex, and it seems such a wildly foreign concept, that the internet is eating itself over it. Not me, of course. I’m not going to pretend I have insight into an author I do not know personally, nor argue what he would have wanted. That’s not my place. Clive Barker was a producer for this version of Hellraiser, and that’s good enough for me.

If you’re expecting lots of the rough carnal nature of Frank and Julia’s relationship as depicted in the 1987 version, you will be disappointed. This Hellraiser isn’t that kind of movie, and frankly, if you’re arguing in favor of violent sex on-screen, you should probably seek professional help. Comparing the films isn’t a winning angle either as both are a departure from the source material. Hellraiser ’22 feels faithful in its depiction and climatic outcome and leaves the door open for future installments. It’s directed by David Bruckner (The Ritual, 2017), with a screenplay by Ben Collins and Luke Piotrowski, the trio that gave us 2020’s The Night House. That should give you an idea of the horror aesthetic brought to the screen.

I didn’t love Hellraiser, but I enjoyed it enough to recommend it.

Hellraiser is streaming now on the following services:
Powered by JustWatch