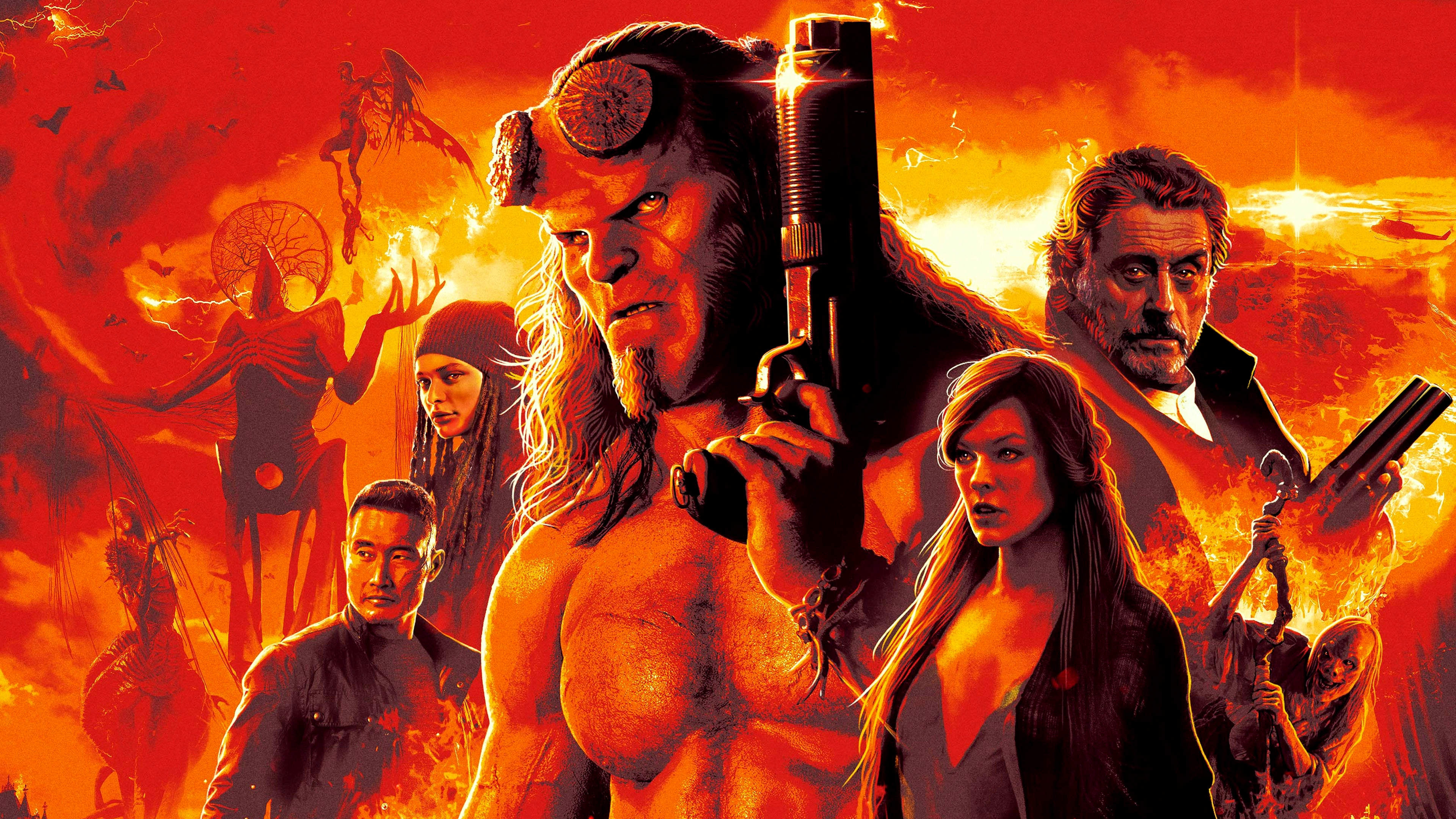 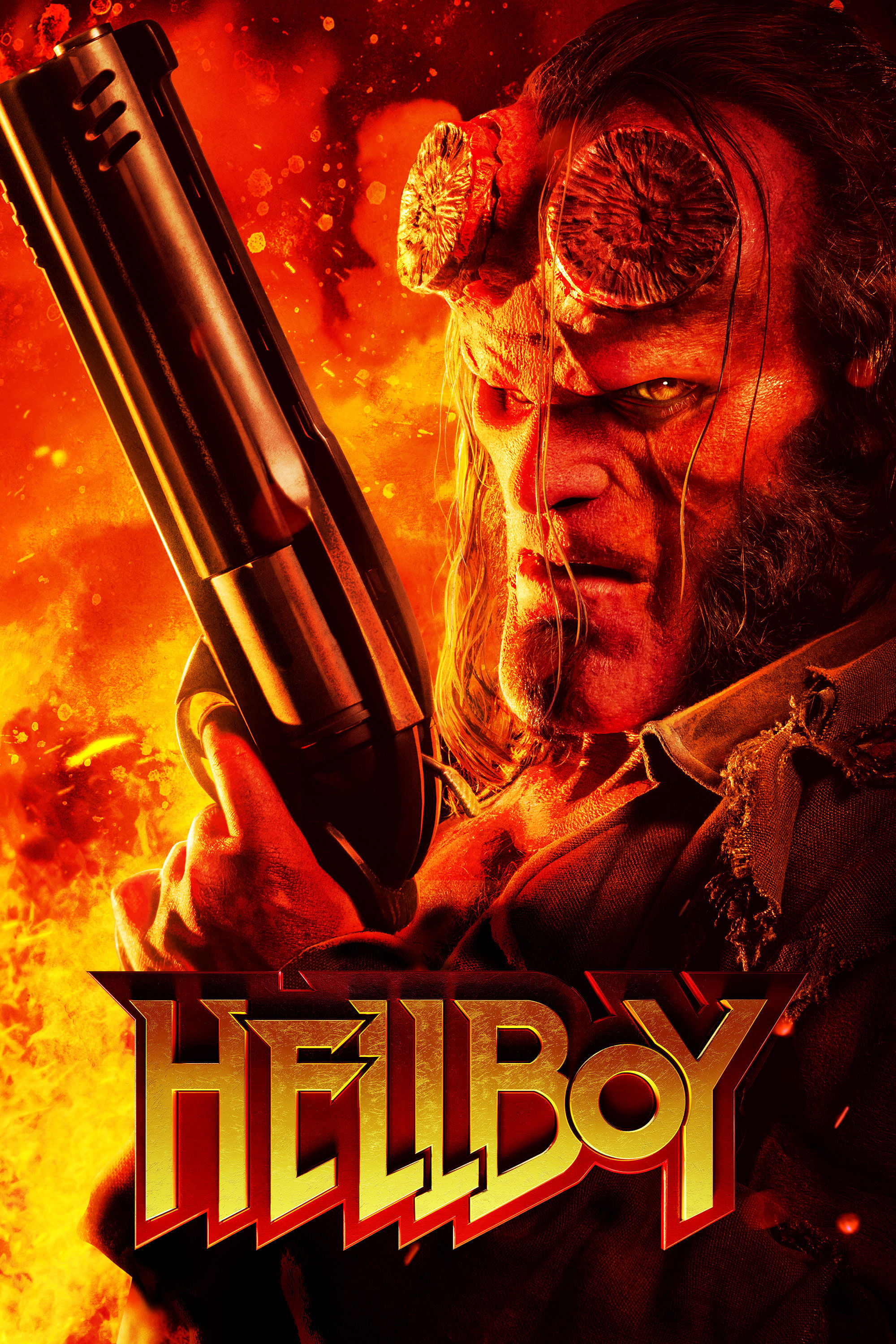 Okay, look – we were all looking forward to Hellboy because it was going to be like the end-of-the-trilogy we never got from the 2004 and 2008 Guillermo del Toro-helmed Hellboy films, or the fulfillment from Shape of Water that left lots of us hanging. This Hellboy was the equivalent of expecting a Millennium Falcon (with flashing lights and sounds), and receiving a Castle Grayskull on Christmas. Kinda cool, and you’ll probably play with it, but it’s not what you wanted because none of your action figures fit through the windows, and it doesn’t make cool sounds. There isn’t even a working elevator.

Hellboy (David Harbour) and the BRPD are called to London to stop an Arthurian witch (Milla Jovovich) from using giants and fairies to reassemble herself and reign over the rise of the underworld bringing plague and disease to mankind. Hellboy also has to fight giants, rival agents of the BPRD, like Major Ben Daimio (Daniel Dae Kim), and secret societies that don’t look kindly upon a demon roaming free. There is a lot going on, and the movie takes nearly half an hour to find it’s footing before getting on with the movie. Incorporating bits and pieces of elements of the Hellboy limited series, “Darkness Calls”, “The Wild Hunt”, and “The Storm and the Fury,” we jump from Mexico to Berlin, to posh sitting rooms in secret clubs to underground bunkers, to Baba Yaga’s moveable mansion. It’s a jumble of locations and storylines and while the CGI is impressive, it’s also distracting. Baba Yaga looks terrifying and the last 3rd of the movie with its demons and mass destruction are appropriately terrifying. Giants, vampires, and whatever else they randomly plucked from the comic arcs, only weigh it down. Everything wants to gel in the last third of the movie but who wants to wait 80 minutes for a movie to come together? Too much of the beginning and middle are spent with secret organizations and an ultimately pointless side trip to prove what an unstoppable badass Hellboy is.

We already knew that, and your audience doesn’t need 30 years of comic and movies spoon-fed back to them. Get to the point and we’ll figure it out. Less would have been more.

It’s two weeks ago, then it’s today, then it’s 60 years ago, then it’s now, and Hellboy is in Tijuana and London and there are vampires and shapeshifters and King Arthur (again) – and it’s way busier than it has to be.

The script itself has echoes of what I like to call the privilege whine. Here is a creature who fights crime, lives alone, travels, beats up bad guys, yet has a constant vocal yearning to find his place in the world (fighting supernatural baddies) and be accepted by everyone (which he kind of already is). It gets old. Sasha Lane plays his psychic friend, Alice, who can communicate with the dead and perform very short-range premonitions. Do not expect Selma Blair’s Liz in this role as capable, if vulnerable sidekick. I don’t believe the screenwriter Andrew Crosby quite knew what to do with her. Other issues include the rush to catch a new generation of movie-goers up on who and what Hellboy is and cumbersome paragraphs of monologues. Ian McShane is regrettably wasted as Professor Broom – and I would listen to Ian McShane read the United States tax code twice – because when Broom isn’t allowing Hellboy to wallow in the “woe is me and my charmed life,” he’s explaining legends and backgrounds and he’s like your favorite history teacher that likes to re-lecture the Crimean War when he’s drunk.

It’s entertaining, but it’s not what you want to see. You probably won’t hate it, but it’ll definitely make you want to rewatch all of the previous Hellboy installments, maybe even the animated ones. At least you know you’re getting a flat two-dimensional story with slightly better animation. This isn’t the Millenium Falcon you asked for, but it should keep you satisfied until the summer movies begin to drop.

Hellboy is rated-R for swears, dismemberment, the plague, hellfire, impalement, lots of fighting, ectoplasmic ghosts who like to monologue, demons and decapitations.

Hellboy is streaming now on the following services:
Powered by JustWatch