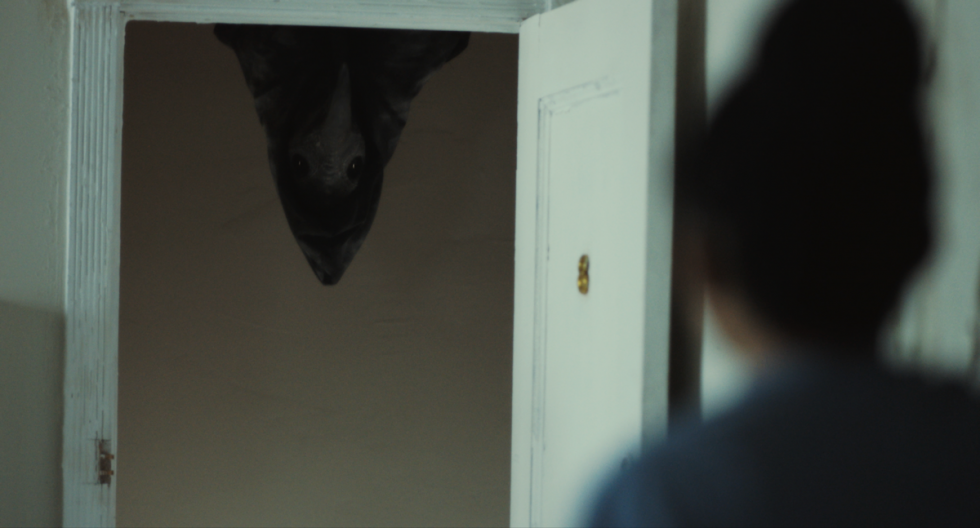 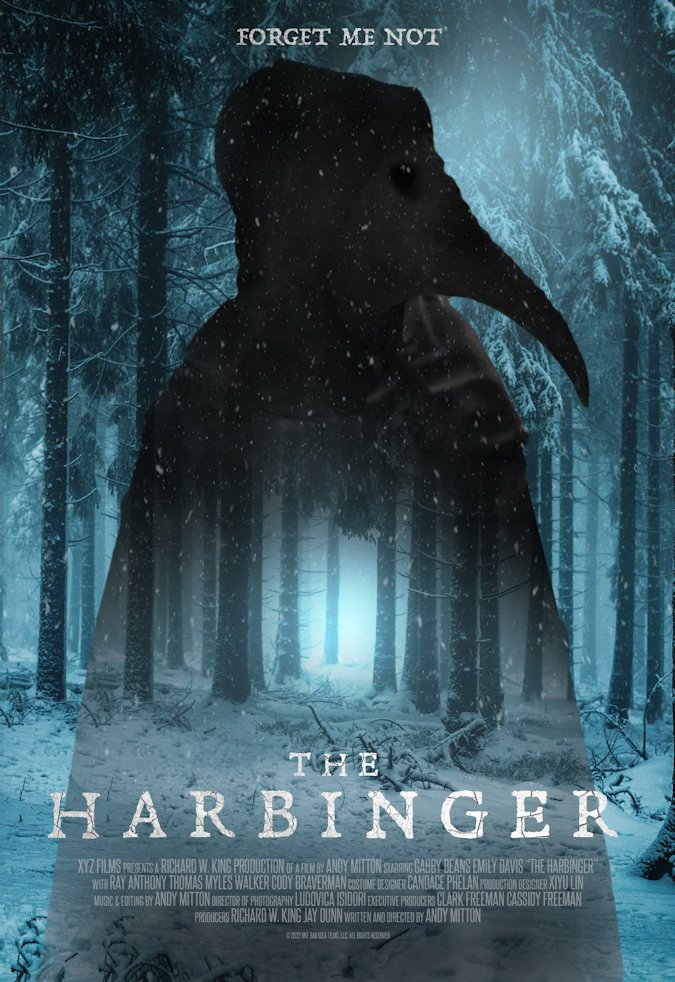 In the contemporary tale of plague pandemics, The Harbinger (2022) blurs the line between dreams and waking nightmares. Please note there are 2 movies released this year called THE HARBINGER and as is probably your luck, this isn’t the one you’re looking for – but this is the one you want.

Monica (Gabby Beans) and her brother Ronald (Raymond Anthony Thomas) have been super careful not to bring their plague to their aging and frail father. They have groceries delivered when they can, they wear masks, and they are fastidiously careful as possible. When Monica receives a call from Mavis (Emily Davis), a close friend in the City, she feels compelled to go to her, even if it means breaking quarantine, leaving the safety of her family bubble to venture out into the sickness. Mavis is in a bad way, experiencing vivid hallucinations in a near-constant somnolent state for days on end. She’s afraid she’ll disappear and no one will remember her.  The shelter of friendship isn’t enough as Monica begins to experience nightmares of her own wearing down her will to live. The visage that haunts her is known as The Harbinger, an entity dressed as a now-familiar 17th C. plague doctor complete with beaky mask and empty eyes. It thrives off the suffering of despair and depression of those quarantined in isolation, eventually siphoning their essence and erasing the person completely from the memory of everyone who knew them. Monica and Mavis are desperate to find a way to defeat the Harbinger in their limited space and reach where leaving isn’t an option and staying feels like a death all its own.

The Harbinger is another COVID/pandemic movie, also relying on individual isolation, like He is Watching (2022) mixed with the fear of erasure posited by Red River Road (2020). Andy Mitton milks that disconnection and brews a lethal concoction of loneliness and despair. Drawing on loss and death with faceless bodies carried out under sheets and the dread of never seeing one’s own family again, the film feels like a raw scrape that hasn’t yet healed.

The Harbinger doesn’t rely solely on horror as it’s the drama of loss that is the primary engine. Monique is dealing with the fresh loss of her mother, and Mavis is convinced there used to be someone else in her apartment. Both deal with the loss of work and income and that connection of socialization. All around them there are people not wearing masks, deliberately flaunting the rules, and making life difficult for everyone, driving deeper that feeling of eternal quarantine. It’s the human connection that morphs into horror, the idea of a haunting germinating in one mind and spreading to another. The dread comes from both minds ignoring the danger because they’re just happy for the company, and it’s that connectedness that dooms them.

The Harbinger is stark in its simplicity and effectiveness in the way that everything becomes real and reality is the ethereal nightmare the characters never want to return to. This is quality, low-budget, quiet horror, a welcome palette cleanser from loud movies of running and screaming and technicolor blood.

The Harbinger (2022) is unrated, but we’ll call it PG-13 for swears, self-harm, people getting stabbed, parent death, and child death.

The Harbinger is streaming now on the following services:
Powered by JustWatch