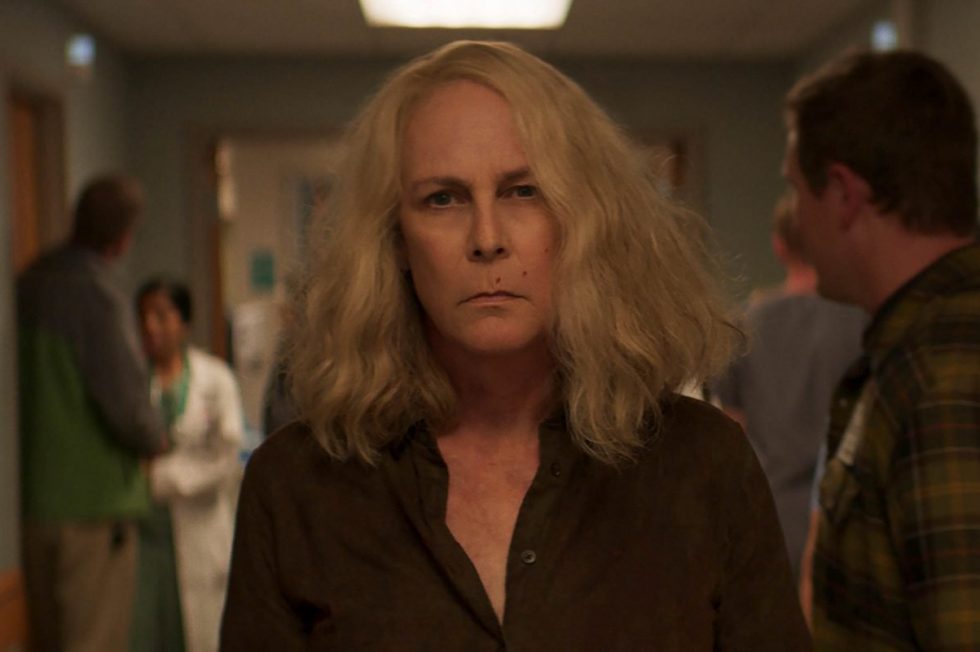 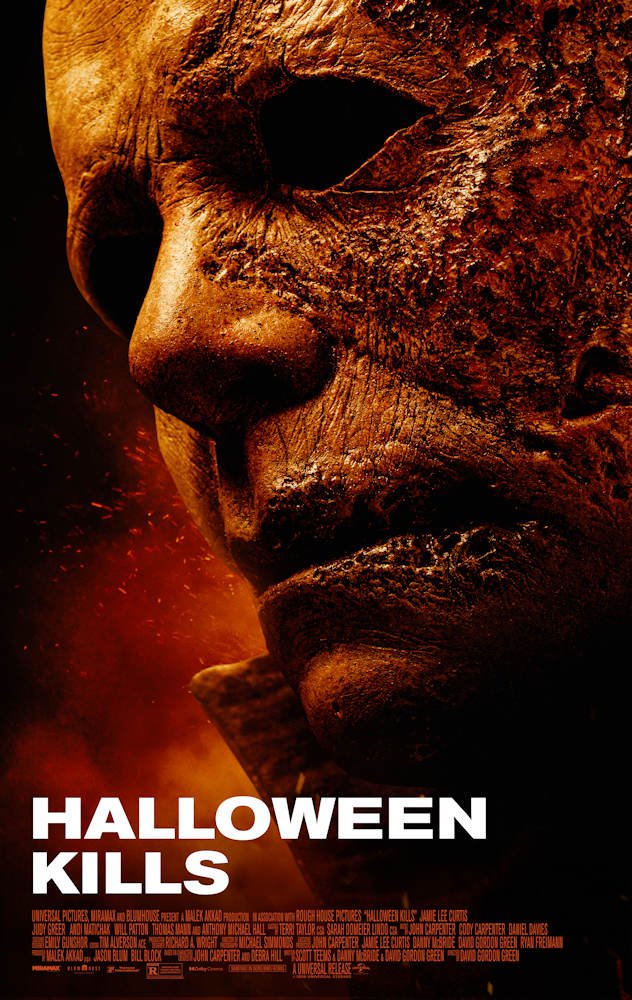 In case you stopped paying attention, Halloween (2018) was the direct sequel to the original 1978 movie starring Jamie Lee Curtis as Original Final Girl, Laurie Strode, and Nick Castle as The Shape (or Michale Myers, if you prefer). In it, Michael Myers escapes from Smith’s Grove Sanitarium, slashing his way home to Haddonfield to steal his sister’s headstone, stalk a few babysitters, murder one, and severely injure the other. In the retcon, Halloween (2018), he’s recaptured and sent back to Smith’s Grove Sanitarium where he ruminates on his missteps for another 40 years. If you’re keeping track, this makes Michael Myers 55. Sanitarium life has been good for him.

The other 10 sequels never happened, except for Halloween 3: Season of the Witch (1982), because Silver Shamrock. Fight me.

Halloween Kills (2021) gives a little backstory of that night in 1978 where Michael was captured (a second time) and some regretful actions of young Officer Hawkins (Thomas Mann) before whiplashing back to 2018 to see the Strode Compound burning merrily away after a few Molotov cocktails are tossed into the basement, supposedly trapping and killing Michael FOR GOOD.

Then, Fire and Rescue arrive and ruin Halloween Night for everyone

Meanwhile in Haddonfield proper, Tommy Doyle (Anthony Michael Hall), one of Laurie’s charges that fateful 1978 Halloween night makes a few proclamations in a bar of mostly drunken patrons, toasting the other survivors and bumming the whole bar out. This is backstory for those viewers who have never seen Halloween or don’t remember it, so you’re welcome.

Anyway, Laurie is in the hospital getting patched up from her gut stabbings. Daughter (Judy Greer) and granddaughter (Andi Matichak) try to process the shock of still drawing breath. The whole town begins filing into Haddonfield Memorial as the victims of Michael’s earlier cross-city rampage (see Halloween, 2018), which includes including present-day Officer Hawkins (Will Patton) who was left for dead, surviving a rare missed jugular. What happens over the rest of the movie is a master class why ordinary people suck at survival. The town descends into chaos and mob rule, demanding Michael Myers be destroyed once and for all. Citizens, some still in their Halloween finery, become the monsters they think they’re fighting, which is rather unfortunate. We’re all heroes and badasses in our own stories, and what is Haddonfield, but an idealized version of Smalltown Middle America – which means everyone is a wild, panicky mess. It’s safe to say, without worrying about spoilers, that ineptitude is a killer. Every single time Michael is cornered, something ridiculous happens, humanity rears its frail, arrogant head, and he regains the upper hand all with some stolen cutlery.

It’s not really as much fun as it sounds.

If you’re a fan of pointless blood and gore and you like your body counts sky high, you’re in luck. This is a slasher film for lovers of the sub-genre. The Shape slices his way from one end of town to the other, his destination his old house, now owned by Big John (Scott MacArthur) and Little John (Michael McDonald), a fabulous couple who have done some amazing things with the Meyers’ home. For me, they’re one of the highlights of Halloween Kills, but the joy is short-lived.

There is a lot of unflattering posturing in Halloween Kills, with Tommy and his mob chanting “Evil Ends Tonight” which sounds a little silly, as they chase the wrong man through the hospital. Everyone is so determined to make sure The Haddonfield Boogeyman dies, no one remembers they have no idea what he looks like. This isn’t the fun anarchy of the Forever Purge (2021). There is no one to trust to get everyone out alive, and the hunt is as organized as a popup potluck where everyone brought macaroni salad. The guy who puts himself in charge is on the verge of his own psychotic break, no one can handle a gun, and getting in each other’s way to be trampled is just how they like it. With no one to cheer for, it’s an exercise in watching a town eat itself.

Where Halloween (2018) was a return to form, Halloween Kills forgets how it got there.

To say Halloween Kills subverts tropes is an understatement, however as people manage to shoot themselves in the face or forget how car doors work or lose the ability to outrun a walking man, it stops being fun to watch. If you can count the beats between felling a killer and making your next move, you’re already dead.

There are a lot of beats to count.

Many people die and are inexplicably posed which is a new signature for a spree killer that’s spent 40 years in solitary, and where there could be more Jamie Lee Curtis, there’s a lot of talk therapy about what could have been. It doesn’t fit, it slows the pace to a crawl, and you wonder if maybe they could just retcon the retcon.

Halloween KIlls is streaming now on the following services:
Powered by JustWatch