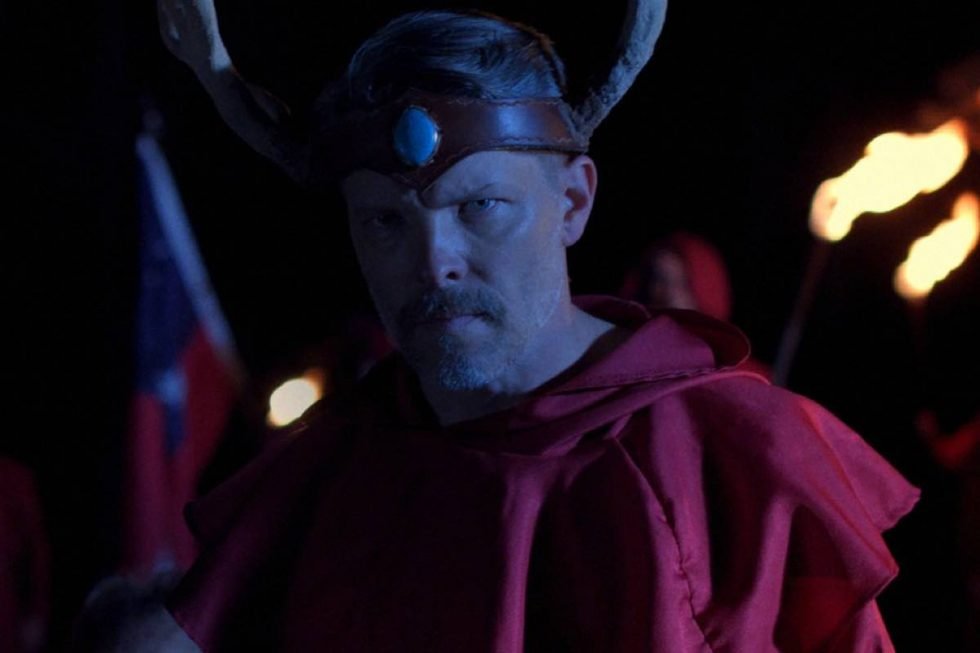 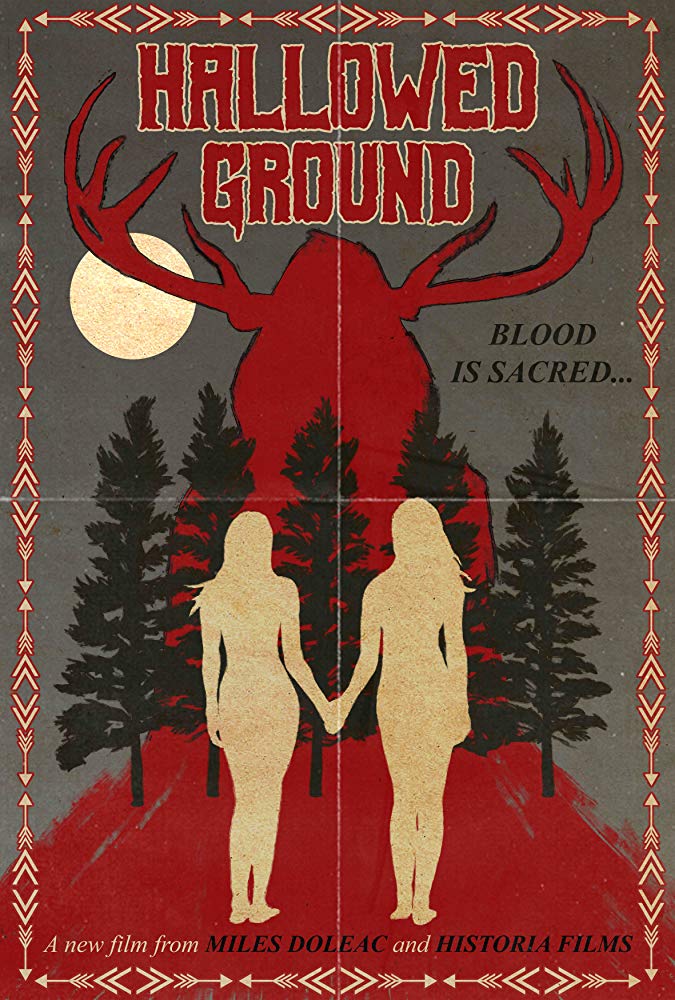 There’s something about actors who become directors that can either work really well or really sink a project. There is such a thing as having too many projects and not nearly enough talent to spread among them. Hallowed Ground from writer, actor, director, producer Miles Doleac suffers from this infirmity.

Horror films are not verbose mediums, and yet there is a lot of talking in Hallowed Ground, which means not much else is happening. Then when stuff does happen, it’s entirely too much of the wrong thing.

Vera (Sherri Eakin) and Alice (Lindsay Anne Williams) are on a couple’s retreat at a remote resort, they bicker about everything for about 25 minutes – Pro Tip: If nothing scary has happened in the first 10 minutes of your movie (that isn’t a flashback), you’re making horror movies wrong. Alice had an affair and the relationship has been on the decline. Frankly, nothing about Alice is terribly appealing – she’s juvenile, dismissive, and nothing is her fault, so you’re baffled as to why Vera would bother sticking it out. They’re given warnings by their Magical Indigenous Person about the property line, owned by the sheriff and Cult leader, Bill (Miles Doleac) which of course is promptly ignored, and more than once, so really everything that happens to them they’ve got coming. Bill’s cult has a dragon in the name and it’s the kind of cult you only see in movies about people who have never seen a cult outside of a movie, so it’s a little ridiculous.

Oh, and Alice’s lover stops (Jeremy Sande) by the remote retreat because this movie still hadn’t killed anyone at the 33-minute mark. Now at this point, I’d left the movie run while I grabbed a snack from the kitchen. I was gone for about 10 minutes and when I came back, HE WAS STILL THERE! In fact, I even said, “why the hell are you still doing there, Obvious Sacrifice?” In a movie that’s supposed to be “female forward,” none of the women had any authority – least of all the “Native American” property owner. Putting “lesbians” in your movie doesn’t make it female forward, it makes it exploitive as denoted by the trailer and still on YouTube. Don’t worry though, it never gets to soft-core treatment, because even soft-core has the decency to remain under 90 minutes.

But Hallowed Ground is long, at nearly two hours, and most of it is pointless talking or drawn out “rituals” – we get it, it’s a cult, there’s Latin (sorta). The rest is compiled of bloody body parts, animal carcasses, off-camera screams, and a level of discomfort that and shock value that’s only shocking if you’ve never seen a horror movie. Lots of very tired tropes are in this film, from backward country people to powerful and stolen Native American land, creepy kids, and wise simpletons. None of it is new or interesting, and it’s two very long hours of actors with monologues, actors in ritual masks, and an ending that’s supposed to feel powerful and redemptive, but feels shoehorned in and dare I say it – predictable.

Hallowed Ground is distributed by Uncork’d Entertainment, which puts out movies that are hit and mostly miss for me. It’s so melodramatic and not terribly scary. This one is could benefit from several editing passes to condense to 87 minutes.
Hallowed Ground (2019) is unrated straight to VOD fare, with the general sensibilities of basic cable. It might be rated PG-12 for swears, blood, faux lesbianism, cringy sexytimes, animal bits, and cult behavior found on the cutting room floor of better B-movies.

Hallowed Ground is streaming now on the following services:
Powered by JustWatch