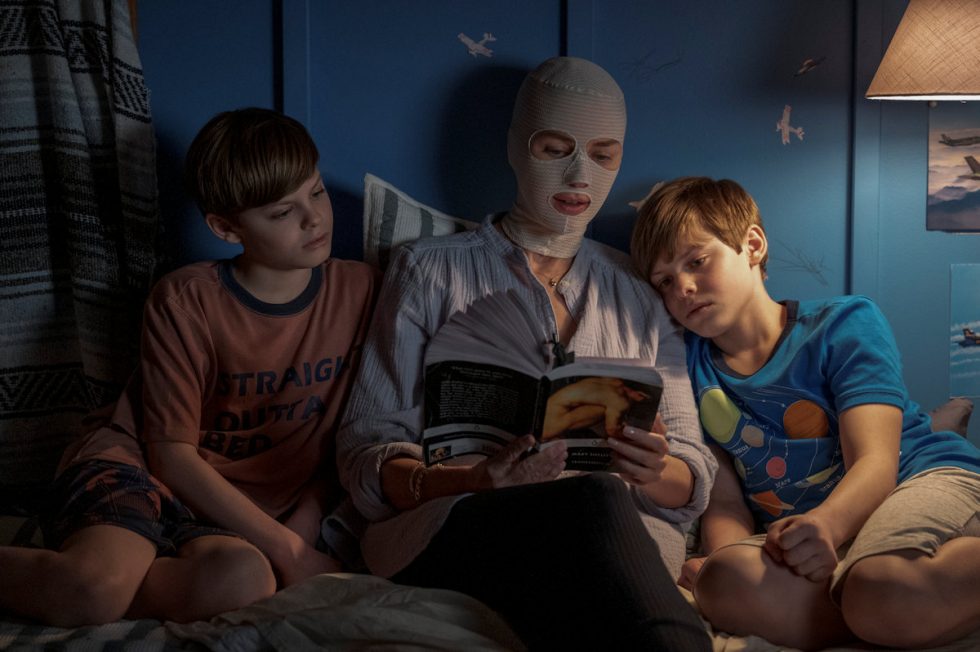 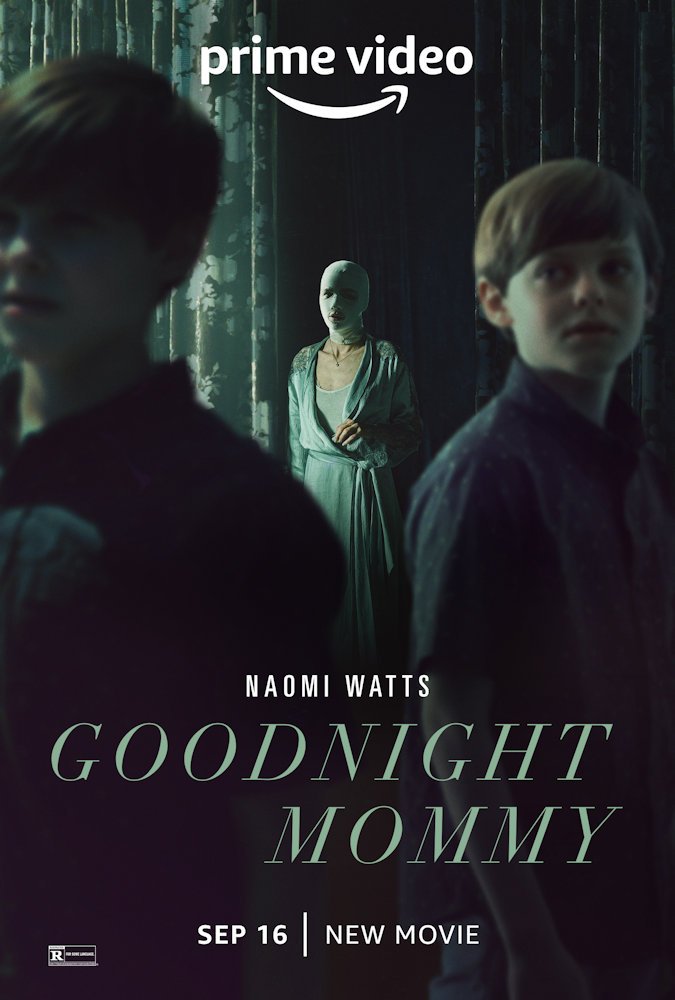 Twins Elias and Lukas are spending the summer with their mother, but her odd behavior has them convinced she’s an imposter in Goodnight Mommy (2022).

There isn’t a time reference, but we can reasonably assume there’s been a considerable separation between Elias (Cameron Crovetti) and Lukas (Nicolas Crovetti) and their mother, and the twins are happy to be reunited. Mother (Naomi Watts) is still healing from recent facial surgery and while she’d rather be resting, she now has two rambunctious boys to keep an eye on. She gives them simple rules, which they ignore, and they make every effort to irritate and vex her. There are photos missing from the walls, she keeps them from exploring the barn, and refuses to sing them their favorite bedtime song. They soon become convinced she isn’t their mother under those bandages, and their real mother is out there, waiting for them. They hatch scheme after scheme to either get the imposter to reveal herself or run away, and they have no one to trust but each other.

2022 must be Psychotic Twin Summer with the release of The Silent Twins (2022) and now Goodnight Mommy (2022), a remake of the 2014 movie Ich seh, Ich seh (which doesn’t translate to anything near the title “Goodnight Mommy”), and if we’re honest, the Austrian original is better. There are strong performances from actual twins Cameron and Nicolas Crovetti, and Naomi Watts plays to her strengths as a harried actress trying to stop the ravages of time while managing children who lack boundaries. They even get some well-meaning deputies involved, but they aren’t given much to work with.

As a family drama focusing on dealing with trauma-ending marriages, Goodnight Mommy is perfectly serviceable. For what it’s being billed as – crime, horror – it needs work. This is not a horror film, and it’s barely a thriller, and if you can figure out what’s happening, too bad for you because you have another 80 minutes to limp through before final credits. When we finally get to the end, it’s so limp and ambiguous, grumbling about it as you collect your coat and head for the car seems like rewarding C-level effort.

There is a lack of subtlety that comes from taking a story wholesale and dumping it into a translated script. Goodnight Mommy is missing the nuances of why the original works, while swapping out scenes someone (studio executive, producer, writer, director) may have deemed too disturbing. By removing the teeth (something that happened to someone in the original, come to think of it), a deeply disturbing story about the blurred lines between fantasy and reality becomes nothing more than a shrill screaming match that Joan Crawford wouldn’t cross the street to spit on. Slipping in a gun reference, in an attempt to make it more violently American, is a cheap shop

First-time watchers will feel slightly cheated, especially by the ending, as it seems studios despise them these days. Those for whom this is a round trip waiting for something new or innovative or interesting to take them across the credits threshold will be deeply disappointed.

For a Prime Video movie, Goodnight Mommy veers into Hallmark territory, swapping out the fears for slack tension and misdirection that wouldn’t fool a baby behind a napkin. It feels like a cautionary tale against gentle parenting, but only the Google highlights.

If your twins begin to suspect you’re a skin-peeling monster who’s replaced their mother, restrict their physical boundaries, but not their imaginations. Refrain from actually telling them ‘no’ and never explain anything to them in complete sentences. Full-blown psychosis takes time and lots of neglect, so settle in. You have the rest of your life to get them to love you again.

Goodnight Mommy (2022) is inexplicably Rated R for swears, a slap for sass, cold water discipline, and a hangnail that unzips a leg.

Goodnight Mommy is streaming now on the following services:
Powered by JustWatch