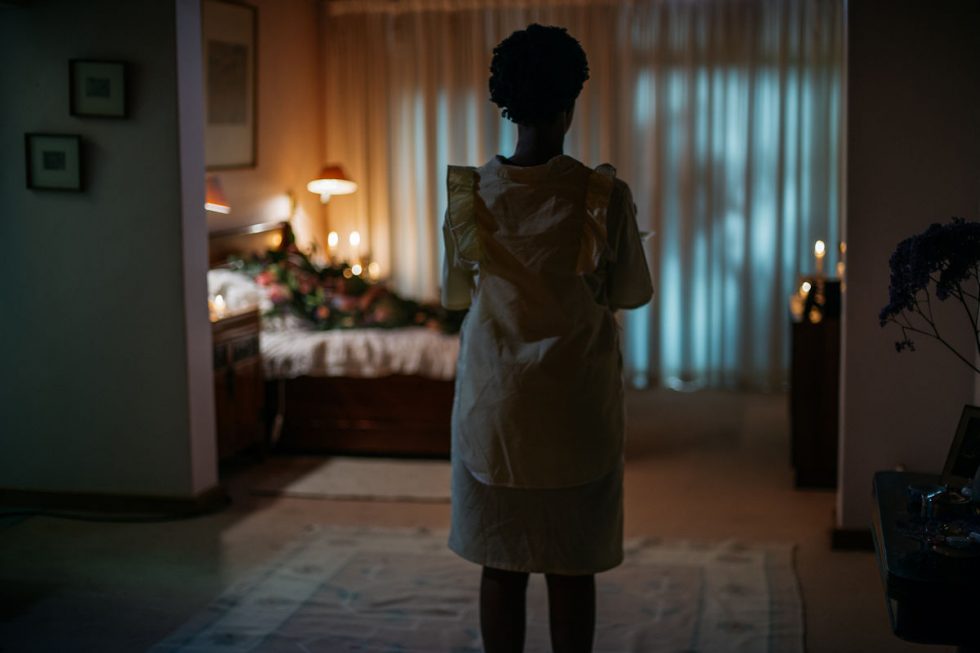 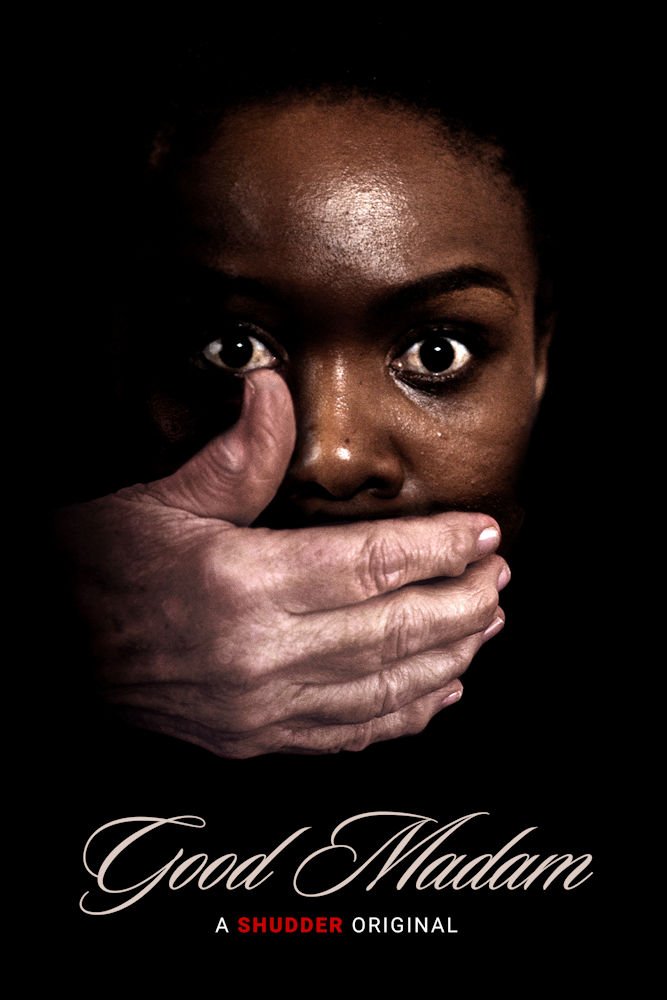 Good Madam (2021) seeks to show that the ghostly specter of apartheid is alive and well in bodies too broken to fight.

Tsidi (Chumisa Cosa), forced out of her grandmother’s home because of extended family conflict and would find herself homeless, but by the grace of her estranged mother, Mavis (Nosipho Mtebe). Mavis is a domestic housekeeper for a wealthy South African woman, Diane (Jennifer Boraine). Mavis has a just-so attitude and demands Tsidi and her young daughter Winnie (Kamvalethu Jonas Raziya) continue to obey the rules of “Madam’s” home during their stay. These rules have been unchanged since Tsidi was a child. They are not to run or be loud, and they are never to go into Madam’s private chambers. Tsidi becomes uneasy staying under Madam’s roof and doesn’t like the changes she sees in Mavis. Mavis sleepwalks, is forgetful, and hears and answers Diane when no other voice is heard. She also continues to sleep in cramped quarters, while Diane never leaves her quarters, obsessively maintaining a house no one else sees. While there is nothing outwardly sinister about the home itself, the bedridden Diane’s heavy presence is felt throughout. As Tsidi’s anxiety begins to manifest into nightmares and hallucinations, she begins to uncover a dark connection between Diane and Mavis that may extend beyond death.

Director Jenna Cato Bass attempts to infuse the hangover headache of South African apartheid with less than ample opportunities of the Xhosa. Mavis is older and is comfortable with her current working relationship, while her daughter Tsidi finds the arrangement offensive. Mavis has the run of the empty house and Tsidi doesn’t understand why Mavis just doesn’t make herself at home. It’s reflective of South Africa as the country moves away from oppressive generational norms to modern thinking, as painful for some as it is. In Good Madam with the muted socio-political undercurrent of the movie reflected in the personal lives of Mavis, Tsildi, Winnie, and Diane, it’s difficult to parse the spiritual aspects that introduce themselves later in the film.

Diane’s home is appointed in an eclectic blend of disparate African artifacts, from fertility statues to books on Egyptian mythology. I think it’s to represent the cultural cherry-picking from previous domestics that have lived in the home, but I’m not sure. There is also the graveyard in the rear of the property, charting the names and occupations of the deceased domestics as if in death they continue to serve. If you’re aware of the custom of burying the dead with their families, not their employers, the whole movie might make a little more sense.

Honestly, Good Madam didn’t work for me. I felt a little lost throughout the last 20 minutes, unsure of what the endgame was for any of the characters. Were souls to be absorbed for a shot at immortality? Were souls to be bound together so one could serve the other in the afterlife? It’s interesting to note that the director is White while nearly every other character is Black, and the storytelling at times feels more outsider that Bass may have intended. I’m not sure if Good Madam was her story to tell, or at least tell well.

And that’s why, for all of the fraught tension and eerie visuals, Good Madam isn’t a film that I can recommend. For as strong as the beginning was to lay down the groundwork, due to a lack of a concrete explanation and solid focal point, it falls apart as it rushes towards the end.

Good Madam (2021) is unrated, but we’ll call it PG-13 for unrestful ghosts and a heavy thread of tension that begins to feel oppressive before the credits roll.

Good Madam is streaming now on the following services:
Powered by JustWatch