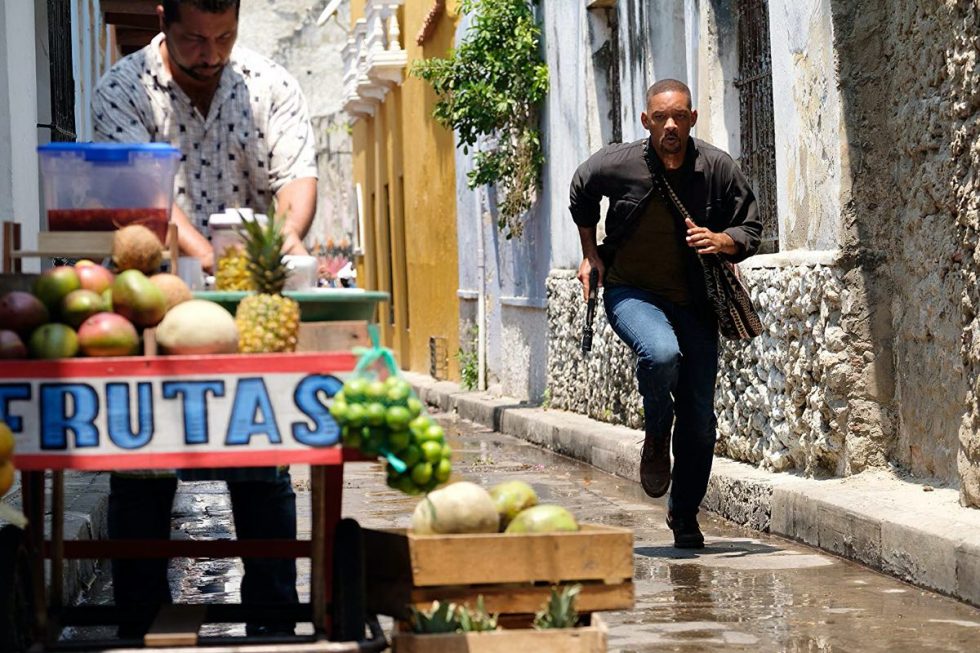 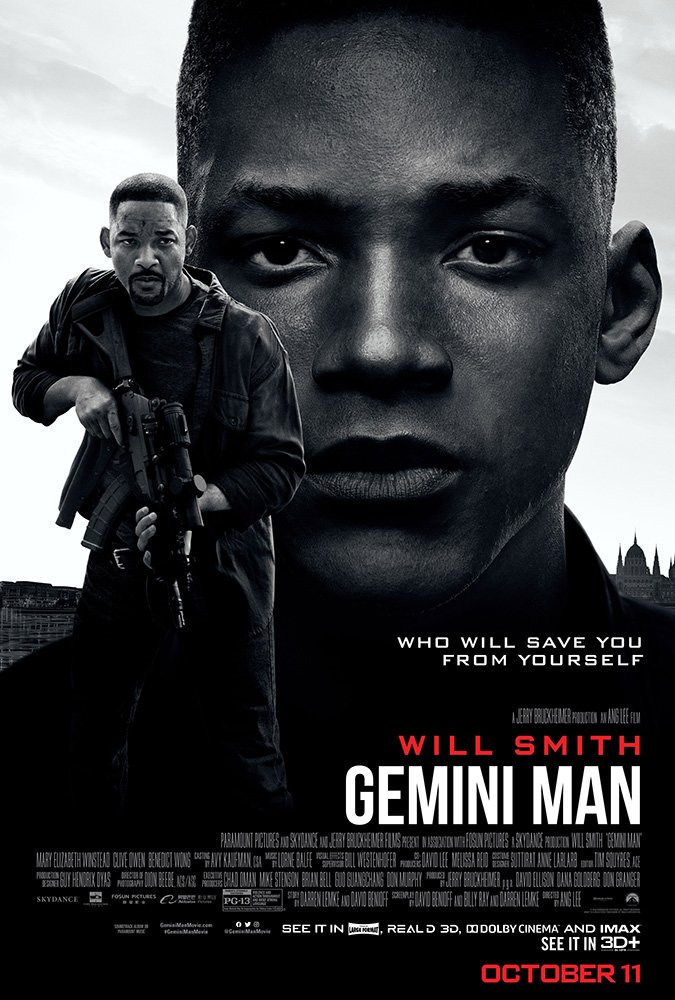 Will Smith and Will Smith star as an assassin that just wants out, and his doppelgänger replacement eager to prove a worthy replacement in Ang Lee’s Gemini Man.

Henry Brogan is an a-list black ops assassin, specializing in untraceable wetwork. He’s older, getting slower, and he’s lost the taste for the game. He pulls one last successful job and is ready to go gently into that good night when he learns something about his last hit that probably shouldn’t have been shared. Lassiter (Linda Emond) his boss at the Defense Intelligence Agency (sure) puts out a hit on the hitman, you know, a cleanup, but when that fails, they send in the Secret weapon of the Gemini Project. As the globe-hopping cat and mouse begins, Brogan, rookie DIA Analyst, Danny Zakarweski (Mary Elizabeth Winstead), and forever sidekick Baron (Benedict Wong) begin a truncated tour of safe houses, open fields, and Russian spas. Together they shoot and sleep and basically do everything their training specifically tells them not to do to survive – they stick together in clumps, hang out in the open and talk business, and make wildly predictable moves.

Will Smith is in total dad-mode as Brogan reminds us over and over again that he’s 50 (51) – which means OLD in Hollywood-speak, Danny is the hard-boiled rookie analyst that was probably destined for a little wetwork herself, and Baron is your average fixer, and I say that with immense respect. We always want to dismiss the little guys who seem to be able to get their hands on anything, but I think everyone underestimated the magic in that kind of power. The three together wanted to mesh more than the script allowed. In a different movie with a different director, this could have been an incredible buddy flick.

But this is Ang Lee’s Gemini Man, so…

Ang Lee likes to be elbow deep in CGI, and Gemini Man is no exception. The technology is perfection and not nearly as distracting as you might imagine, even if you are seeing a younger Will Smith up there making patented Will Smith faces. I don’t know and I don’t care how it’s done, because it looks incredible. I’m just sorry it’s wrapped around soggy, introspective dialogue that has no business in a movie that demands more action than words.

It gets draggy about the end of the second act as Brogan launches into one of several preachy monologues about life, killing people, feelings, his own hard-headed self. Clive Owens’ Clary Verity, head of the Gemini Project, had a few of his own heart to heart moments and frankly, no one has time to get philosophical during a gunfight – and this is why Ang Lee is just not great at American action movies – I SAID WHAT I SAID. The pacing is very off and no one wants a soliloquy between bullets.

Look, you’re not watching Gemini Man for its sweeping vistas of Colombia or the philosophical dialogue we’ll be quoting in memes for the next 5 years. You’re watching Gemini Man to see Will Smith beat the crap out of Will Smith. This is deep fake technology on a grand scale. You’re looking for the pixels, the off-beat loops, the tells that remind you you’re seeing something computer-generated. You never see them and that’s nearly as unsettling as the implications of what is probably to come in Hollywood.

You trim 15 minutes of waxing poetic about growing up and how hard life is and not having a dad, and you’ve got a fun popcorn movie and maybe you don’t care that everything else is uneven.

Grab a matinee and enjoy the action and try not to be too concerned that edges don’t meet.

Gemini Man is Rated PG-13 for swears, kinetic and frenetic action, people getting shot, people getting punched in the face, people stopping their motorcycles with their faces, and intimate explosions.

Gemini Man is streaming now on the following services:
Powered by JustWatch