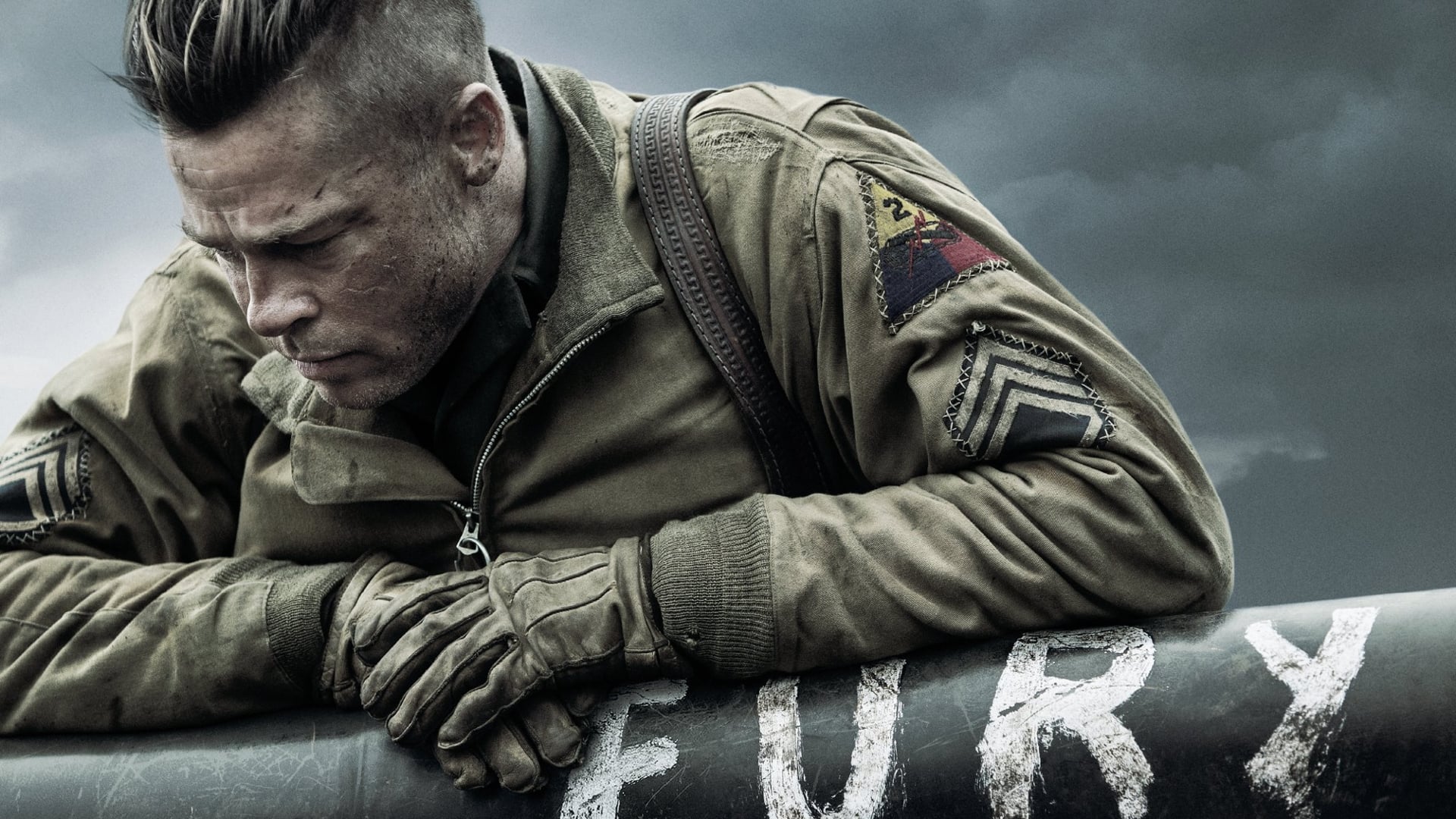 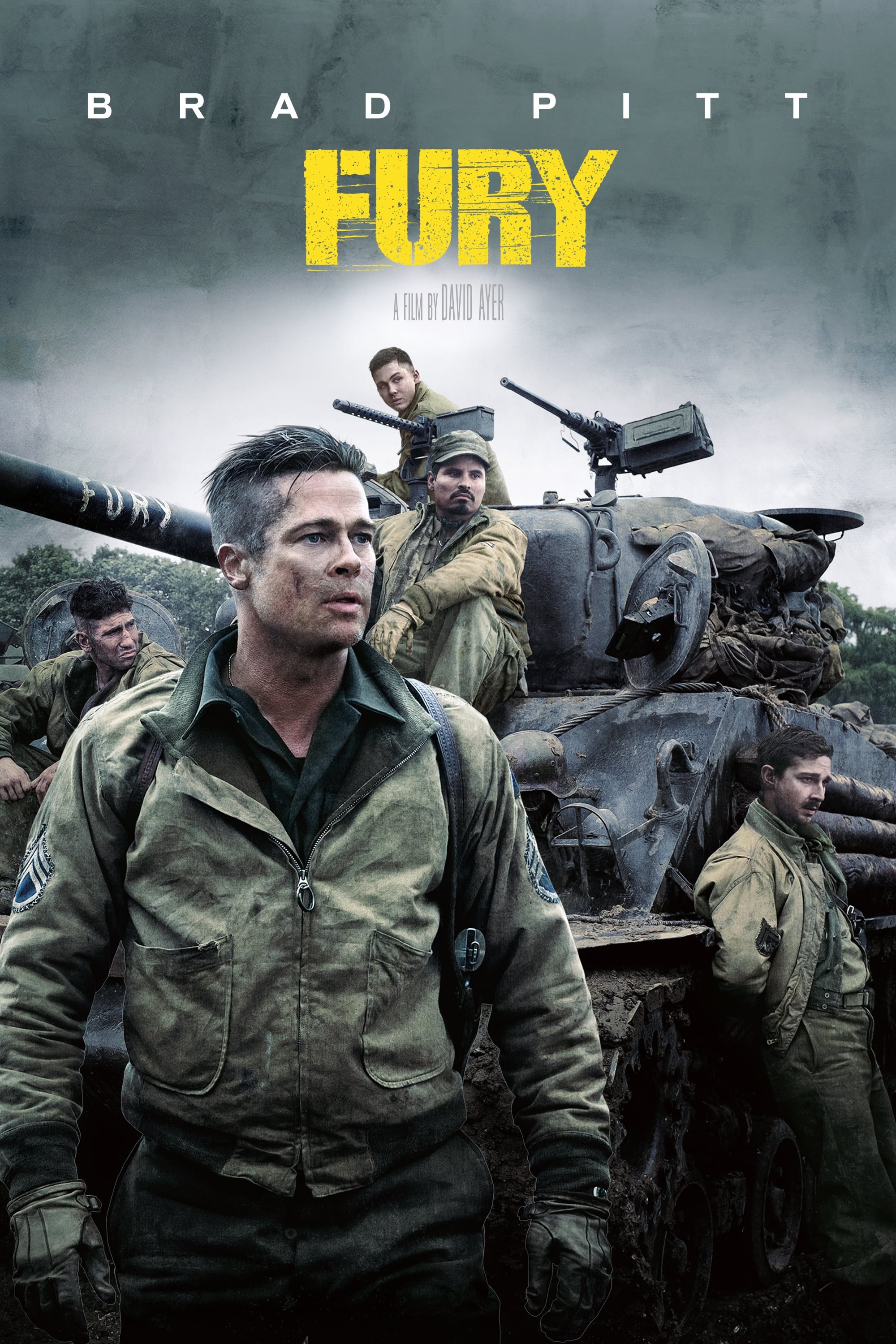 Get Tickets
War is neither glamorous or forgiving. Both facts are clearly present in the David Ayers’ directed WWII drama, Fury.
Brad Pitt stars as Don ‘Wardaddy’ Collier, the leader of an embattled 5-man unit operating a tank in Germany near the conclusion of World War II. By his side for quite some time are seasoned veterans played by Shia LaBeouf, Jon Bernthal and Michael Peña. The newcomer to the group is a ‘wet by the ears’ desk jockey. Norman Ellison (Logan Lerman) hadn’t up to this point seen live action.

Fury starts off on a battlefield and ends on a battlefield. The real story lies in everything that happens in between. Pitt’s team of merry men seem to find themselves in thick of things in every mission. Five guys in one stressful situation after another can raise the tension level, especially when confined to a small area like the inside of a tank. Through all of the bickering there is mutual respect amongst the men, and when push comes to shove they’re all business, ready to give their lives for the country they love.

With Brad Pitt, the assumption is that he is going to bring his A-game and give a polarizing performance, essentially making those around him better. Well he does not disappoint. Pitt is no stranger to WWII era performances. In 2009 he played Lt. Aldo Raine in Quentin Tarantino’s Inglourious Basterds. At times it seems as though Pitt relapses into that character due to some of his actions and dialogue. It isn’t a terrible thing, however, for fleeting moments it does pull you away from the dramatic story director David Ayers is trying to sell. Shia LaBeouf gives one of his best performances ever. Hopefully he’ll tread more towards these types of roles that showcase his talent. Logan Lerman was right up there in terms of what he brought to the screen; this is easily his best work since playing the main character in The Perks of Being a Wallflower.

Fury slows to an almost crawl at certain points. But on the plus side, the reason was typically for character development, which assists in giving depth to each of the characters. There isn’t an over abundance of action scenes, but they are very well done. The violence is present and brutal in very short bursts. There could have easily been more bloodshed, but there seemed to be a conscious decision to shy away from that approach, possibly from fear of alienating typical moviegoers. Having said that, it does earn its R-rating.

Fury does just about everything right, making this a very worthwhile movie to watch. As stated earlier, the pace does slow occasionally, but does not take away from the overall enjoyment factor. The acting is stellar and the story is compelling. The runtime clocks in at 134 minutes, but there’s a lot to cover. I wouldn’t be surprised if Fury ends up garnering Oscar consideration when the time comes.

Copy/Paste the following statement in the TITLE section above:
Review: Fury

Copy/Paste the following statement in the PERMALINK section above:
review-Fury

Copy/Paste the following statement in the ALL IN ONE SEO PACK – TITLE section below:
Movie Review: Fury

Copy/Paste the following statement in the ALL IN ONE SEO PACK – KEYWORDS section below:
Fury, Movie, Film, Review, Detroit, Critic, Film Obsession

Fury is streaming now on the following services:
Powered by JustWatch