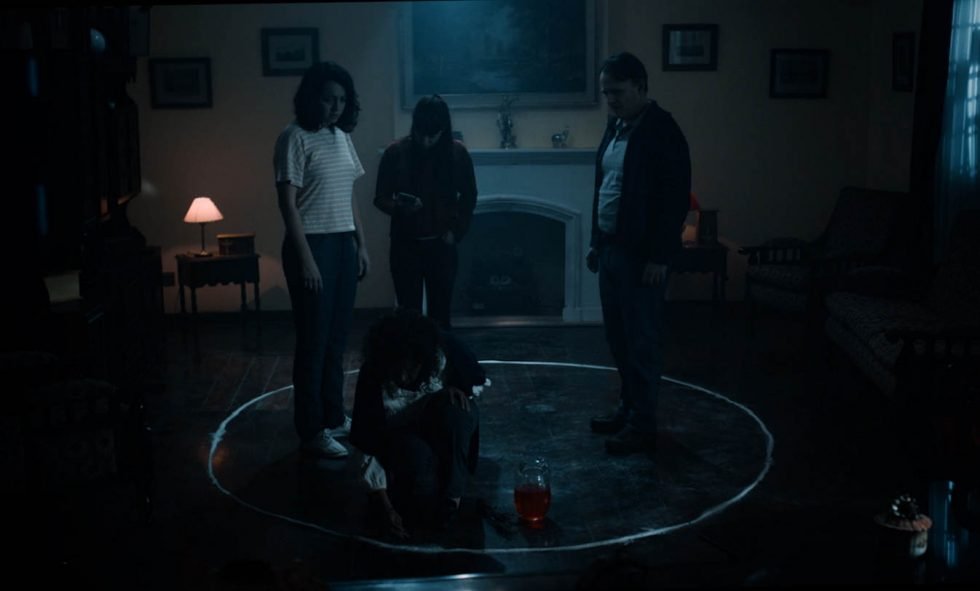 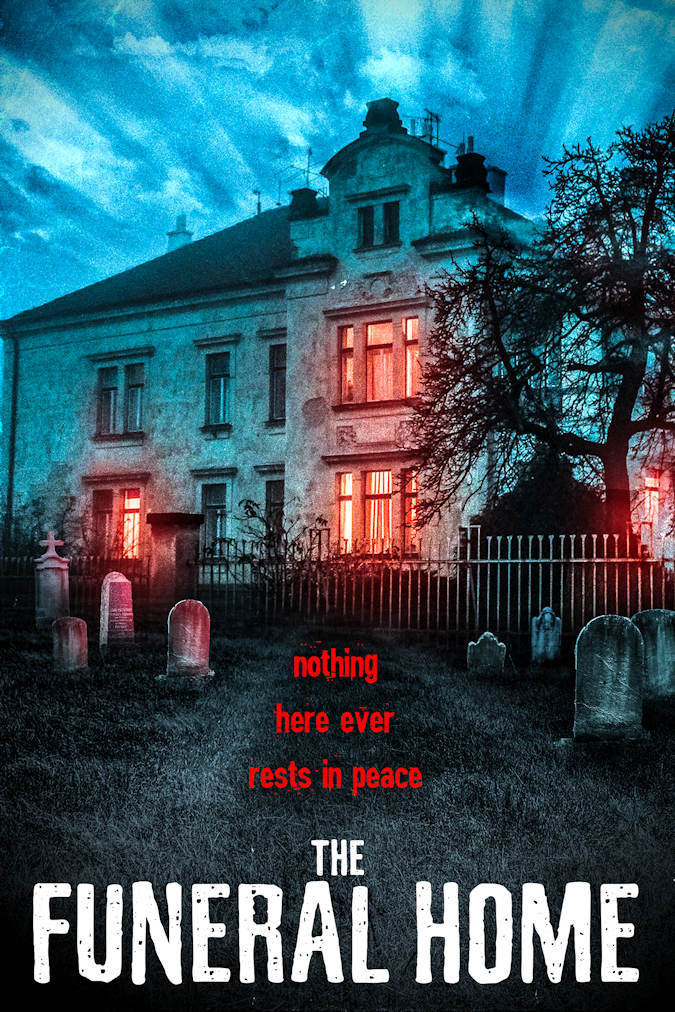 We have ourselves a wave of horror movies where everyone is terrible and no one deserves to live. The beautifully atmospheric Argentinian, La Funeraria (The Funeral Home) (2021) is one such film, but the story saves it and even though no one deserves better than they got, it’s a compelling watch.

Bernado (Luis Machín), Estela (Celeste Gerez) , and Irina (Camila Vaccarini) live in a funeral home with family living quarters, you know the way they used to do things in civilized countries. Bernardo inherited it from his father, now deceased and his sad eyes convey all of the sympathy necessary for the bereaved who use his mortuary to celebrate the lives of their beloveds. He is married to Estela, and this is her second marriage after the death of her first husband who an abusive man her teenage daughter idolized. Irina is the daughter riding out her teenage years with her husband’s mother, who she despises, and her own mother, whom she despises and placated by her dead father’s mother, whom she adores. Right there is all you need for a compelling family drama.

La Funeraria (The Funeral Home) and grounds are divided by a line of red paint. On one side, Bernardo and his family live their lives and yell at each other, and keep the grounds and home livable. On the other side of the line is neglect, rubbish, and lots of black paint that says, “DO NOT USE THIS ROOM AT NIGHT”. This unfortunately includes the bathroom. One side of the property is for the living and one side is for the dead, an uneven peace treaty brokered by a spiritualist Ramona (Susana Varela). As long as the two sides honor their respective zones, there should be calm.

No one wants to honor their respective zones.

The dead are violating the living spaces, and Bernardo can’t stop himself from communing with the dead. Things are getting worse by the minute, and it won’t be long before there isn’t a family left to save.

La Funeraria (The Funeral Home) is an Argentinian movie steeped in the cultural blend of rural folklore and thin religion, so we already know that the supernatural element will probably boil down to demons, but in a rustic change of pace, there isn’t an exorcism. There is good old fashioned folk magic and simple pacts at work here, which means the story is able to focus on the story – which is very good.

Mauro Iván Ojeda who is both writer and director has presented a family drama build on loss, guilt, and pain. These are people that just want to live in peace, and not necessarily with each other, and their issues are compounded, not defined by the ghosts haunting their home. Bernardo married for social conventions. He loves Estele (probably), even if there is something decidedly hinky going on with the ghosts who leave him messages. Estele marries because otherwise, she’d be homeless with her daughter. After the death of her abusive husband, she had a breakdown and sleeps like a rock due to her medications. Irina just wants to be left alone, didn’t understand the dynamic of her parents’ relationship, and finds her escape with her paternal grandmother, who buys her things and attends her performances and sours her relationship with Estele. It’s a pretty heavy drama that happens to have creepy ghosts making things worse. In less skilled hands it would feel hokey and forced, but under Ojeda’s direction this family has been dealing with destructive distractions for so long, it’s just another nail in the coffin (ho-ho) to their ability to get along.

La Funeraria (The Funeral Home) This is a well-paced movie, and from the dolly opening starkly defining the two co-habiting factions, it gets right down to business. If this is the opening volley to Mauro Iván Ojeda’s career, I can’t wait to see more from him.

La Funeraria (The Funeral Home) (2021) is unrated and streaming on VOD and premium platforms, but if I were to guess I’d give it a PG-13 – which is not to say it isn’t a harrowing ride – for Spanish swears (maybe, I dunno), people getting stabbed, ghostly sexytimes, ghostly bottoms. People getting stabbed, people in coffins, and a lot of teen-aged sass.

La Funeraria (The Funeral Home) is streaming now on the following services:
Powered by JustWatch