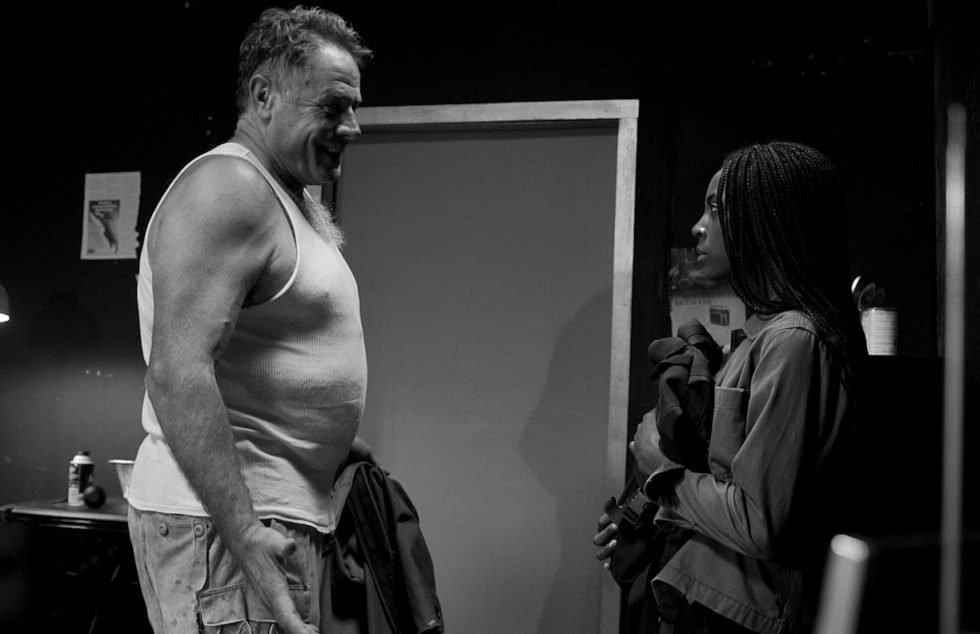 Friend of the World TV Review

Friend of the World TV Poster 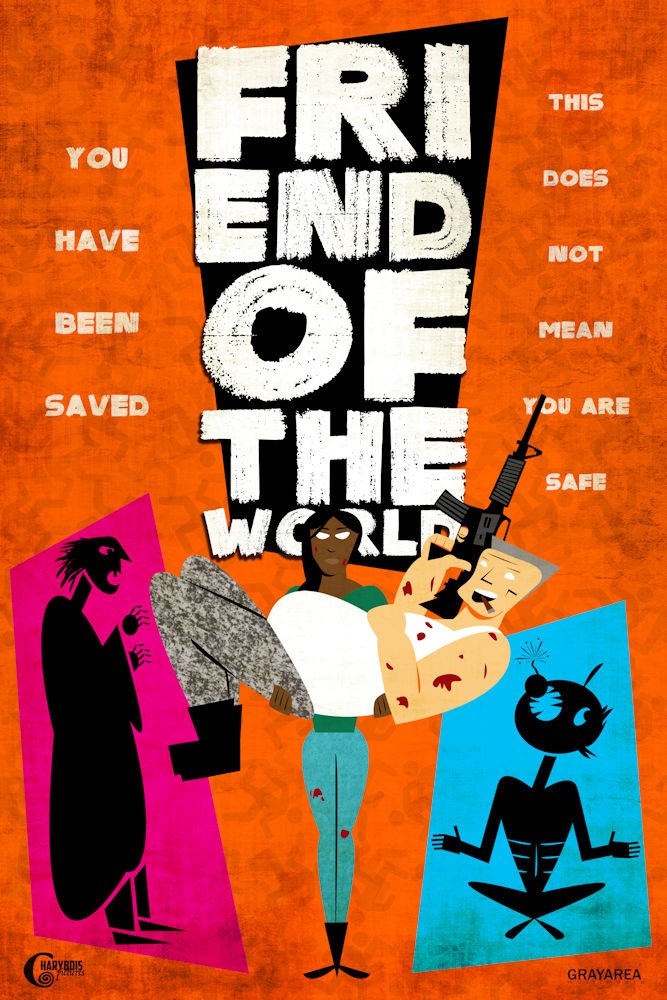 Friend of the World TV Metadata

Friend of the World

Friend of the World External Links

Friend of the World Trailer

Friend of the World (2020) Is missing a lot, like color and decent sound design, but what it brings to this very minimalist project is a coffeeshop discussion of the Apocalypse.

Diane (Alexandra Slade) and Gore (Nick Young) are the last people on Earth (probably). What remains of society suffers from a manmade disease where the infected absorb whoever is left, and the last being standing is the strongest. They navigate through a military installation looking for other survivors and perhaps a way out, encountering only more of the insane and infected. With so much time to kill, they discuss their lives, their goals, and what they wanted before the world ended. They talk. A lot. In the first 20 minutes of character-establishing and sizing up, you may wander off for some chips or maybe a glass of water before the action starts. I don’t recommend it, but I don’t blame you.

For a black and white “horror” film, it’s far too long. No one wants to be talked to death.

After the characters inject themselves with an “antidote” against the toxic environment, hallucinations become the focus of their horror, terror, and complete uncertainty of their place in what’s left of their world. It introduces a level of absurdism that not every audience member will be willing to wade through, so it’s okay if this movie isn’t for you. It’s definitely not for me, but on an intellectual level, I could appreciate the confidence through which writer/director Brian Patrick Butler expressed his ideas. Some felt a little too on-the-nose (like a shared pomegranate), but others, like the absorption of ideas and bodies were expressed through the use of very low-budget effects and were quite effective. Friend of the World is billed as a horror/comedy, but I didn’t find a whole lot to crack a smile over.

Friend of the World embodies the hallmarks of an art student’s first minimalist stageplay – but it’s a horror movie, and the limited space the actors work in is a forced claustrophobia that lacks tension or even believability. Slade and Young produce amazing performances for the heavy dialogue they’re reciting, but they aren’t given enough to do. Movies need purposeful action, and it has to be more than walking from room to room. Horror movies need actual scares and they have to be more visceral than two people who don’t get along. I wish there was less talking and more of everything else in Friend of the World.

If you’re into a movie where not a lot of things happen, maybe save this one as a palette cleanser between a Waters film and a Lynch film. I didn’t love it, but for 50 minutes of your time, you could do a lot worse.

Friend of the World (2022) is rated TV-MA for people getting shot, flatulence, a full-grown man born from a butt, a cranial explosion, and bodily osmosis.