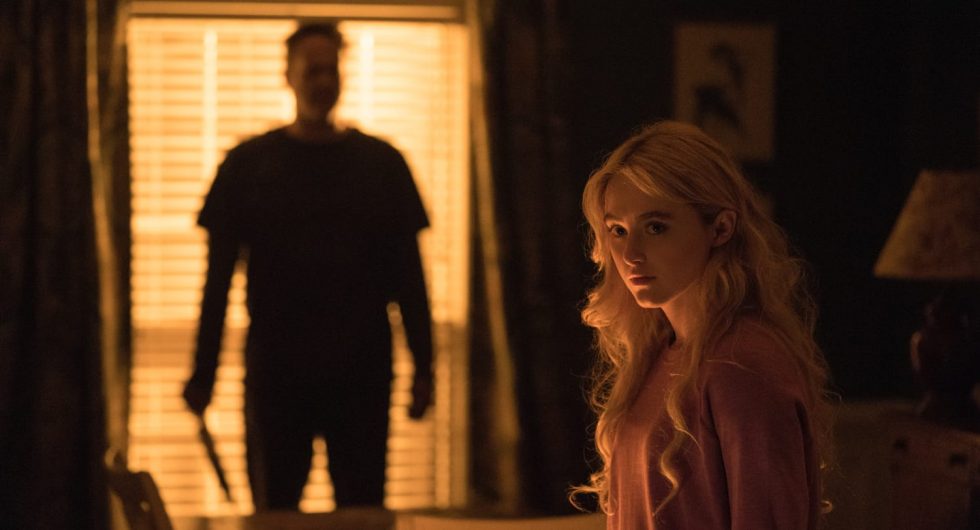 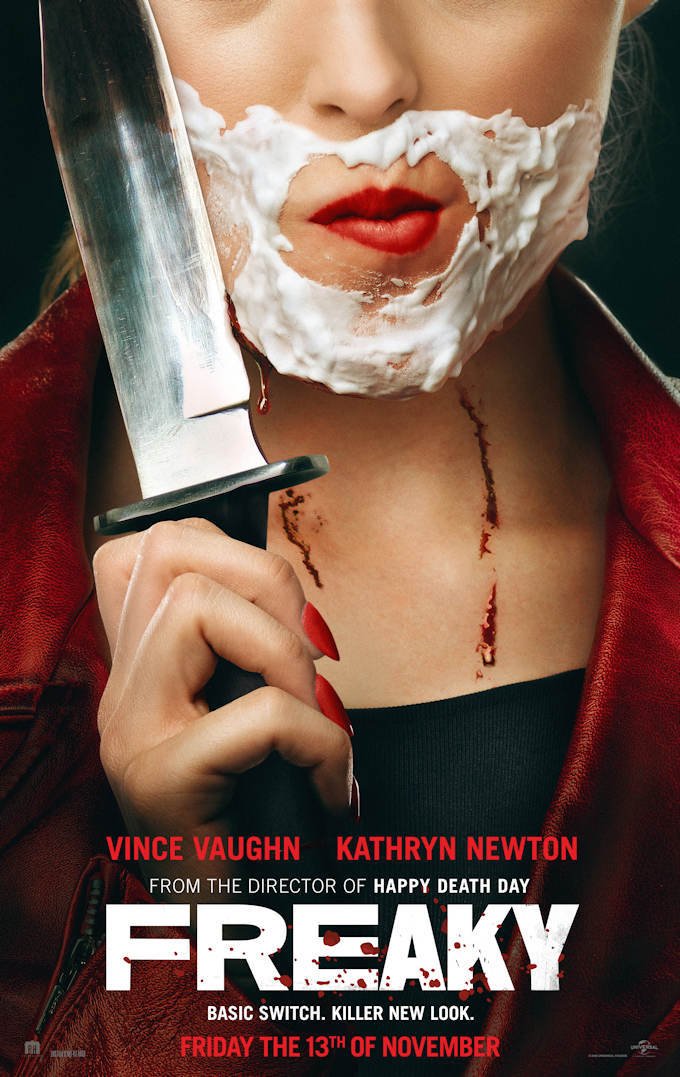 It’s been a minute since I watched any of the Freaky Friday movies (1976, 1995, 2006, 2018), but the premise is always the same, right? Mother and daughter don’t see eye on anything because of generational differences until one fateful day, something benignly occult causes them to switch places. While living each other’s lives, they begin to see the day-to-day hardships while coming up with novel (or traditional) solutions to common problems. They come out the other side with a beautiful understanding and a renewed love.

Freaky (2020) toses all of that out the window with a new take on an old trope, brought to you by the people who brought you the delightfully dark and fun Happy Death Day.

Former urban legend, The Blissfield Butcher (Vince Vaughn), now escaped mental patient has resurfaced and the town’s teens are no longer safe – right in the middle of Homecoming, no less! High school misfit, Millie Kessler (Kathryn Newton) is “Hollywood Dweeb” – you know, pretty by any other standard that isn’t set in a major motion picture. Her teachers are terrible to her, her widowed mother is trapped between grief and the bottle, and her sister has put up a blue wall of isolation. Millie isn’t even safe as the high school mascot and the cool kids and jocks are predictably mean. Within 10 minutes you already have your lineup of victims, but that’s not even the point. Freaky is a horror movie with a comedic center, so there’s zero reason to get deeper than 84 minutes will allow. This is a familiar ride, like a roller coaster or the swinging pirate ship. You know exactly why you’re watching, and you’ll still run like mad to get the perfect seat.

After being stabbed with an ancient dagger during a full moon on Friday the 13th, Millie and the Butcher switch places, She’s got 24 hours to get back into her body or she remains trapped in the Butcher forever, and Butcher Millie gets to experience a second childhood as a lithe blonde murdering at will. While Butcher Millie trolls the high school for fresh meat she realizes a 5’3” body can’t overpower victims and has to get creative. Blissfield Millie doesn’t have the luxury of enjoying his newfound strength, since as the Butcher he’s on the run for mass murder and has to lay low. Convincing bffs, Josh (Misha Osherovich) and Nayla (Celeste O’Connor) take only a little arm-twisting, and even Millie’s crush Booker (Uriah Shelton) can’t help but tag along. Since Homecoming is canceled, chasing a serial killer is the next best thing, right?

The writing for Freaky is so much fun and I haven’t seen a more believable teenage girl than Vince Vaughn. Everything falls into place with his mannerisms, his affectations, the awkward running. Katheryn Newton only has to pull her hair back and wear a leather jacket to be Butcher, but this is high school and I’m totally going to allow a little low effort escapism to keep the story moving along. It’s not the heaviest of lifting, after all, steely glares and almost no dialogue give her the choicest role yet. Stories like this could only happen in a small town like Blissfield. Barely competent cops, lots of acreage and “old mills” to get lost in, Freaky lets the imaginary small-town play host to an impossible footprint of abandoned industrial centers, malls, mansions, and a high school that boasts a Biting Beaver as a mascot. Like Happy Death Day (2017) and The Babysitter (2020), Freaky blends comedy with old school practical scares to bring a bloody but not over the top gore scare-fest that just feels fun.

Freaky opens in theaters exclusively where state restrictions are allowed. It’s great fun, but maybe hang back and catch it on VOD.

Freaky is streaming now on the following services:
Powered by JustWatch