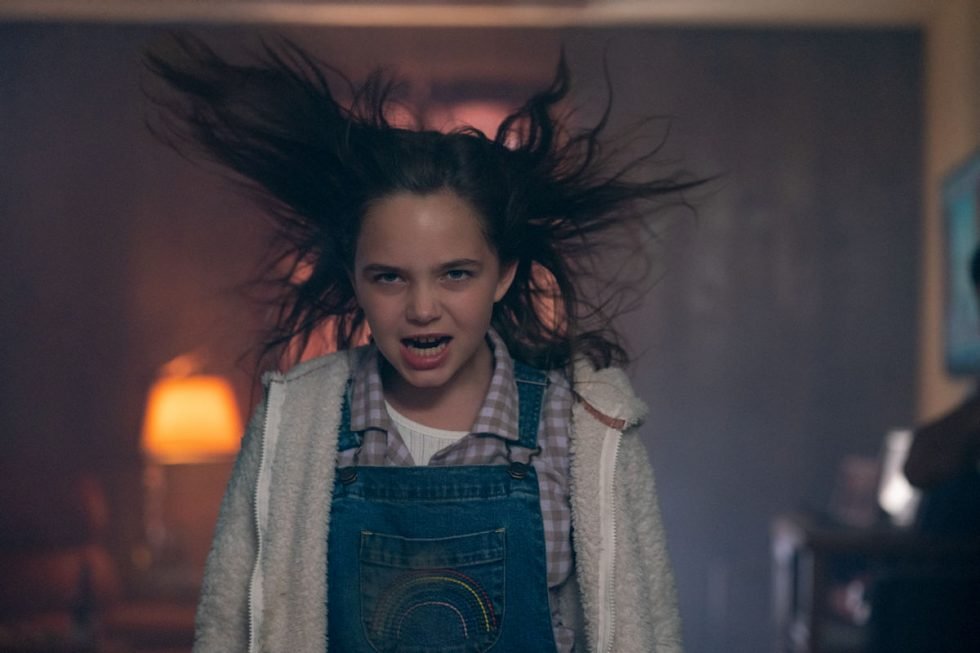 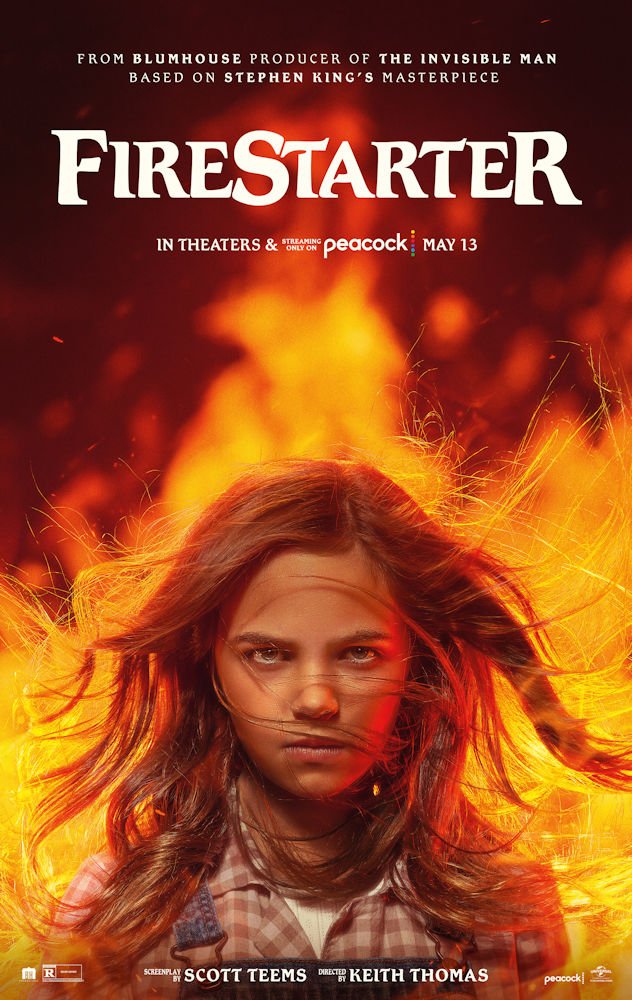 If everything you’ve heard about Firestarter (2022) makes you think it’s a ham-handed retread of the 1984 film starring Drew Barrymore and David Keith, as well as the 1980 novel by Stephen King, you get a cookie. Pre-screenings for this were dropped mere hours before its exclusive release on the Peacock streaming platform, so no one had time to warn you.

Charlie McGee (Ryan Kiera Armstrong) is a troubled 11-year-old, who is an outsider in her own skin. She is a pyrokinetic experiencing the usual growth spurts. She’s called a freak and weird among her peers because she doesn’t have a smartphone or internet, probably. Inept as parents and lousy with their own abilities, Andy (Zac Efron) and Vicky (Sydney Lemmon), are trying to bottle-feed a piranha with their own inability to raise an actual child. Once subjects of an experimental drug, they are the sole survivors of the Lot Six program which granted them powers of telepathy and telekinesis. Knowing Charlie would develop gifts of her own, they’ve been on the run, somehow comfortably living in large houses and not eating out of garbage cans on a life coach’s wages. Dr. Hollister (Gloria Rueben), director of the DSI, the leftover remnants of a Black Ops outfit called the Shop, is keen to retrieve Charlie, teach her to hone her skills, and school her in the ways of all trained assassins.  She sends a former agent skilled in wetwork and a graduate of the military’s version of the Lot Six program, John Rainbird (Michael Greyeyes) after the McGees to bring Charlie in.

None of this, by the way, is explained at all in this movie, I just know because I’ve read Stephen King’s “Firestarter” (1980, Viking Press) many, many times. If you haven’t read the book even once, you’ll have no idea what’s going on. You’re probably better off.

Firestarter seems written by someone who had a copy of the Cliff’s Notes (or is it Spark Notes, now?) of the original novel, but instead of reading it for the anchoring plot points, decided to skim the inside jacket cover, smoke a bowl, and cobble together something from several other unfinished screenplays. Nothing about it makes sense, from Andy and Charlie’s encounter with the kindly Irv Manders (John Beasley) and his inexplicitly infirm wife, Essie (Sheila Boyd), to the entire showdown with the DSI.

There are bits and pieces lifted from the novel, and they should have had some sort of emotional impact, the trauma of being on the run, loss, grief, separation, and fear. In the hands of screenwriter, Scott Teems, however, Firestarter is an empty chimenea of wet kindling and burnt plastic. He presents the family as a broken unit with no unifying center, and the DSI as a disorganized outfit without a mission statement or basic direction. There isn’t anything for an audience to connect with, and by coloring outside of the lines, the screenplay only offers an abstract concept of an out-of-control little girl with anger issues. I don’t think that’s what director Keith Thomas was going for, and it makes for a less than sympathetic character.

There’s not a single redeeming frame in Firestarter, and I’m aware that Stephen King’s novels can be dense and difficult to adapt, but this version feels like a film school project, barely completed the day it was due. The dialogue, the CGI flames, Charlie’s primal screams INSIDE THE HOUSE are all micro-budget iPhone camera fare, which is disappointing for a Blumhouse production, whose short films like Black Box (2021) and The Eye (2021) for Amazon Prime are sweeping cinematic masterpieces in comparison.

The single bright spot that gets Firestarter a pity star – the soundtrack from John Carpenter. He was originally set to direct the 1984 version, but The Thing (1982) did poorly at the box office, and Carpenter was replaced by Mark Lester, who went on to direct stuff seen on late-night TV between commercials for joint cream and cell phone plans for people whose ancient VCR still blinks 12:00. This isn’t the bone Carpenter deserved when he should have been given the whole side of beef.

Caution: There’s a scene depicting the unnecessary suffering and death of a cat that removes any stars a benevolent critic might have given Firestarter. If you can’t tell your story without killing an animal, you likely lack the imagination to pull off a thought-provoking feature film worth watching. I hope that comes across as harsh as it sounds.

This one is a solid Avoid. Watch the 1984 original, or go back and read the book. It’s time better spent without the feeling of helpless rage afterward.

Firestarter is streaming now on the following services:
Powered by JustWatch