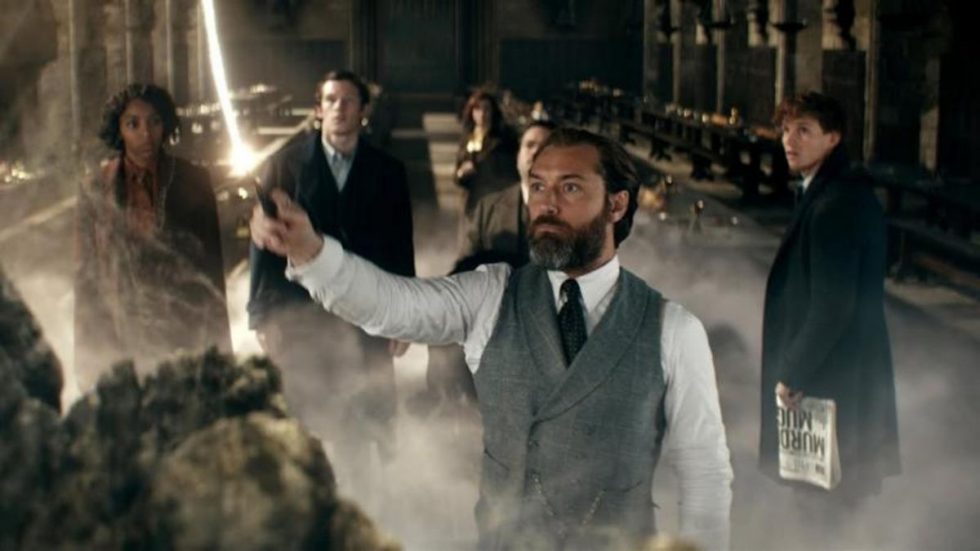 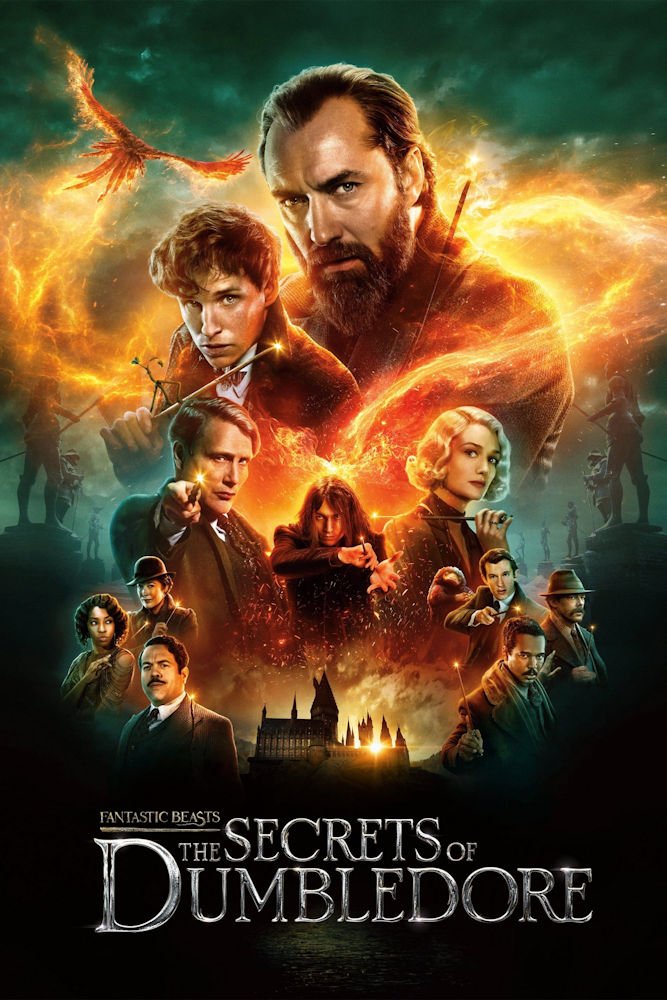 Fantastic Beasts: The Secrets of Dumbledore

Fantastic Beasts: The Secrets of Dumbledore (2022) is more magic than majesty, and it’s a little sloppy all the way around.

I guess we’re supposed to believe it’s a story of unrequited love and the stunted dreams of a romance gone bad, but it makes you wonder who wrote it and were they ever in a real romance. *checks notes* Oh, it was J.K. Rowling. I see.

As the subtitle suggests, Albus Dumbledore (Jude Law) has more than one secret. Whether it’s was his love for Gellert Grindelwald (Mads Mikkelsen) or the familial connection to Credence Barebone (Ezra Miller), it’s unclear, but somehow this is the wizard who becomes headmaster at Hogwarts.

Newt Scamander (Eddie Redmayne) discovers a very rare creature, a Qilin about to give birth, but the baby is stolen by Grindewald’s henchmen, and the rare mother creature is killed. Fortunately, there was a second baby born, so Newt acquires it in secret. Qilins can see the future and bow to people of pure heart and intention, so it’s how they choose heads of ministries and such, I guess. Who needs elections by the people?

Because of the events of the second movie, Grindelwald is a wanted man and is hiding out in a place that no one but Dumbledore can see. He wants to be Head Minister of the Magical World or something and needs to be sneaky and underhanded to pull it off.

Keeping bad people from ascending to heights of great power is hardly Newt’s area of expertise, but I suppose being clever and lacking the ability to say no will get you roped into Albus’ wacky schemes every time. Lally Hicks (Jessica Hicks) is the Charms professor at Ilvermorny (the North American Hogwarts), and she presses non-magical Jacob Kowalski (Dan Fogler) into service, convinced he’s just the man they need. Jacob is still heartbroken over the defection of his best girl Queenie (Alison Sudol) to Grindewald’s side. Yusef Kama (William Nadylam) watched his half-sister, Leta Lestrange, get iced by Grindewald in the last movie so he’s clearly out for revenge.

There’s your A-Team, everyone.

Once all gathered, the initial plan isn’t more than a few whispered words and a meaningful glance, so when that doesn’t work, Plan B is even more nebulous. All of this is supposed to be explained away by chaotic non-planning. See, Grindelwald does something unspeakable to the first baby Qilin (I mean, seriously, Rowling?) and he can see the future, so the best way to thwart that future to plan lots of possible futures so he can’t possibly guess!

You’re right, Fantastic Beasts: The Secrets of Dumbledore has absolutely lazy screenwriting. This is a lively special-effects movie in search of a coherent plot, but it’s so messy and the characters are maddeningly aimless. Also, we learn pretty early on that the Magical People in the Wizarding world are pretty horrible all around. There’s an election of sorts being held and Wizards and Witches are shown firing their wands indiscriminately into the air. They appear to be on the verge of a near-riot. Opposing banners are burned, dark wizards push people around and glare, and there is a lot of shoving. Worse, when it’s clear the good guys will not win and that a war with non-magical humans may go down, way way too many Wizards cheer.

Oh, and it takes place in Germany so hard stage-wink, amirite? I don’t know if this is the movie Warner Bros. wants, but it’s what they got and it feels kind of icky.

This franchise is based on a series that many people grew up on, planned their wardrobe around, and believed was a place they belonged and wanted to be a part of forever. Yet, the way Fantastic Beasts: The Secrets of Dumbledore is written, it’s cold, angry, and very lost with exactly four people to save everyone all of the time. Every crowd scene seems to descend into rioting and madness, we’re left to believe that after all this time, Wizards are just sheep with magical powers waiting for the right megalomaniac to come along.

My main issue (I have so many) with all the Warner Bros Wizarding World properties is the inconsistent way magic is used. Wizards will pop in and out of rooms and spaces, yet walk desperately injured colleagues down hundreds of stairs. Magic wands are used to seal people inside of brick walls, but when it comes to stopping genocide, no one remembers how they work. There is a critical scene where all someone has to do is Apparate themselves to the main platform and stop the madness, but instead we’re treated to very slow determined walking.

The whole thing is sadly very thin. Not even the special effects this time around have the same robust quality as Fantastic Beasts and Where to Find Them (2016). The green screen edges look muddy, the CGI is grainy, oh look, we’re doing magic pages again, and for a movie called Fantastic Beasts – there really should be more beasts. Instead, we have Dumbledore’s Ride or Die gang sneaking into dinners and teas. Appearing on wanted posters and newspapers doesn’t exactly ever get anyone arrested, so there’s a pointless conceit they love to show. It’s as if the Wizarding world is limited by a very small imagination, by someone who can’t envision multitudes of people driven by actual love, magic, romance, and altruism. No one remembers how magic works, the hate is unnecessarily magnified, and former fans are adrift, left wondering what happened to their favorite imaginary place. This certainly isn’t the Wizarding World I remember.

We’re threatened with more Fantastic Beasts, though the future of the remaining two movies remains up in the air. If the rest are going to be as narratively lackluster as this one, just wait for streaming.

Fantastic Beasts: The Secrets of Dumbledore (2022) is rated PG-13 for Fantastic Beast abuse (seriously Rowling, wtf), cartoonish action, Wizards expressing emotion, silly carnivorous land lobsters, and a giant spider. There should be more beasts, but no.

Fantastic Beasts: The Secrets of Dumbledore is streaming now on the following services:
Powered by JustWatch