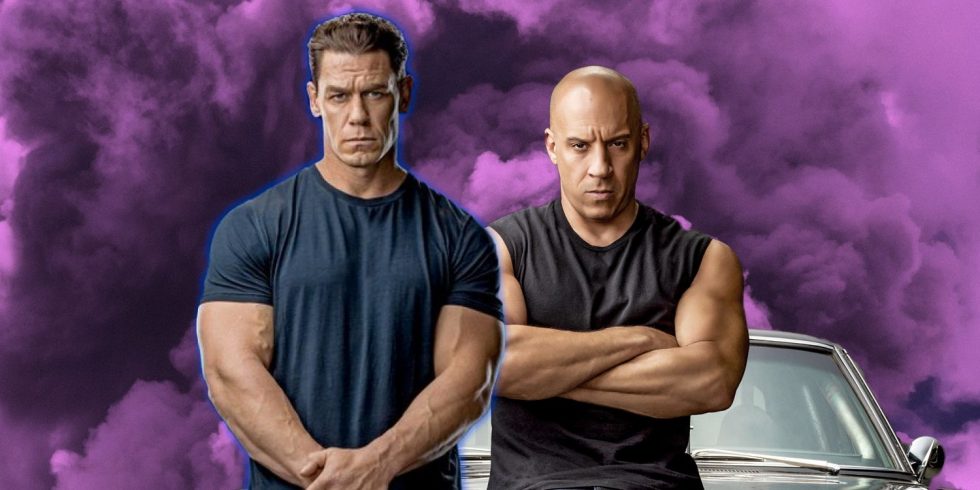 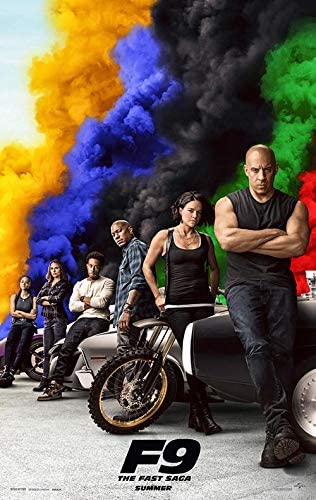 It’s hard to believe that it was 20 years this week when the world was introduced to undercover cop Brian O’Conner (Paul Walker) and bad boy street racer Dominic Toretto (Vin Diesel). Few would have ever imagined that a car flick starring unknown actors would still be around two decades letter, let alone that it would gross over six billion dollars along the way. Not to mention eight sequels and one spinoff film. So perhaps that is why it is so painful to write that a series that has continuously been over the top ridiculous fun has crossed over to ridiculously stupid in F9: The Fast Saga.

F9 finds Dom and Letty (Michelle Rodrigeuz) enjoying the simple life, living off the grid and taking care of their son Brian when the team shows up with a distress video from Mr. Nobody (Kurt Russell). That pulls Dom and Letty back into action and kicks off the first of many chases, explosions, and out-of-this-world adventures. This time in a race to prevent Aries, a device that can hack into any computer weapons system, from falling into the wrong hands.

Similar to prior films, family remains a theme. F9 dives into Dom’s history with a newly introduced brother, Jakob (John Cena). With flashbacks to the death of their father when both were teens, there is no love lost between the two, especially after Dom ran him out of town after their tragic loss. Growing up in the shadow of his big brother, Jakob, now an international thief and assassin attempting to gain supreme world power with Aries, is out to prove himself and it’s up to Dom’s Scooby gang to stop him. Cipher at one point states, “Brother against brother. This should be interesting.” Spoiler alert: it’s not. The plot is so thin that a matchbox car could slice through it.

While the FF series has made Diesel a very rich man (he has shared a producer role since returning to the series in Fast & the Furious which reunited the original cast), he isn’t likely to win an acting award any time soon. His lead role set against John Cena is almost worthy of a Worst Screen Combo Golden Raspberry – both for acting and lack of on-screen chemistry.

The Fast and the Furious films have never pretended to be more than they are: mindless action thrills and fun. And they have never relied too much on reality, but in this newest installment, they’ve taken it too far. Space adventure aside, a running joke about the team being invincible seems implausible because the villains in this film are seemingly employed by the Acme Corporation. Stevie Wonder wielding a gun would result in more deaths than those attempting to kill Dom and his team here.

With two films remaining in the existing franchise, ideally, the producers will focus solely on the core set of characters and abstain from introducing new family members and casting A-list celebrities’ trendy names as villains. Helen Mirren’s return is nothing more than a cameo and adds little to the already weak plot. Charlize Theron’s return as Cipher is yawn-inspring — although in her defense a computer hacker is never the most exciting opponent. And the introduction of an over-marketed rapper who will have a bigger role in F10 may officially be the shark jump for this franchise.

F9: The Fast Saga (2021) won’t have an issue making money, having already grossed nearly $300M worldwide, and most theaters in the US finally fully re-open. And diehards will continue to praise the FF franchise and feel it can do no wrong, but with a bloated running time of nearly two and a half hours and returning director Justin Lin throwing everything including the kitchen sink at these anti-heroes, it instead feels like a series that has finally run out of gas.

F9: The Fast Saga is streaming now on the following services:
Powered by JustWatch