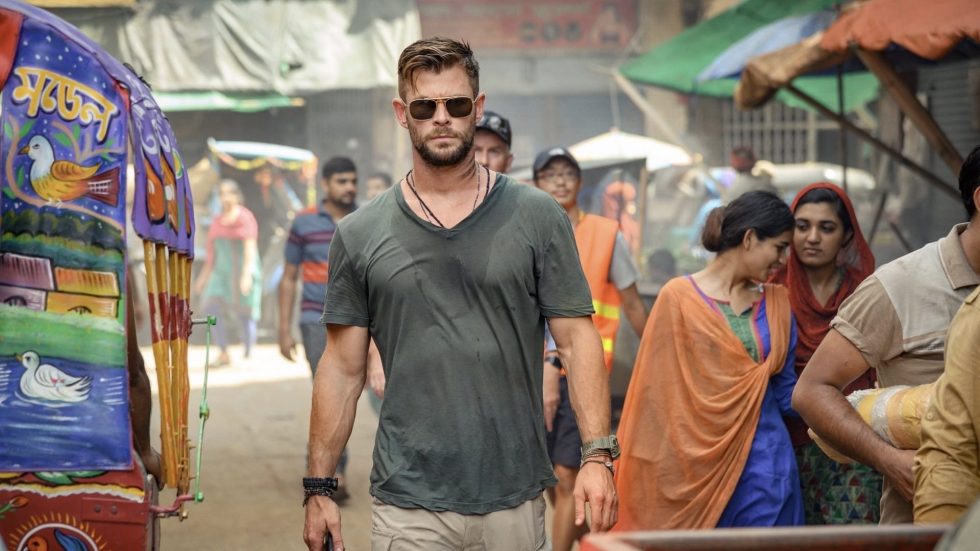 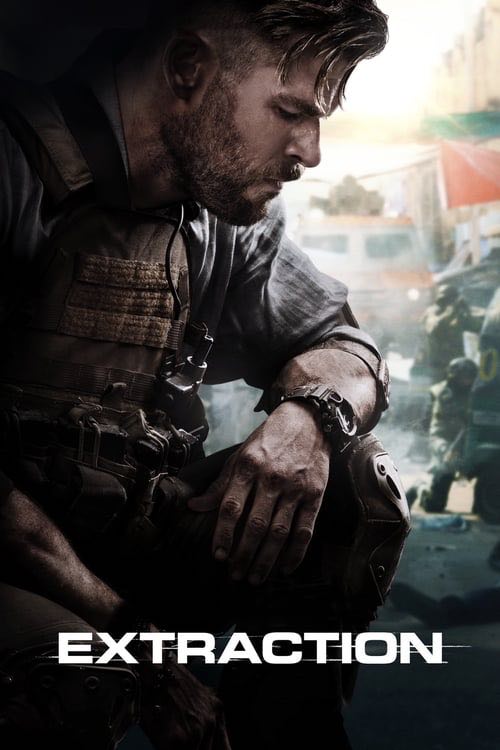 Have I been in quarantine too long? Have I lost track of the qualitative differences between streaming action movies and blockbuster action movies because we’ve all been barred from the cineplex for the last 90 days? Or is Netflix just benefitting from boredom and recency bias?

Yes. I have been in a self-isolated hell for way too long. However… No, Extraction is very much a good action flick borrowing from some of the biggest Hollywood blockbusters, including John Wick and 1917.

Chris Hemsworth stars as Tyler Rake (although he looks like a Brad), a highly-trained mercenary specialized in the extraction of high-value targets from captivity. He’s grizzled and broken from years of physical abuse, personal loss, and parental guilt, treating that pain with pain killers and hard alcohol. Hemsworth sheds his Thor skin in this role, exercising a range he’s been begging to fulfill for years and does naturally well here. Oh, he’s still handsome ladies.

Rake’s target is Ovi (Rudhraksh Jaiswal), the teenage son of an incarcerated powerful Bangladeshi drug lord, held hostage by a rival drug lord. As is typical with kingpins, everything comes down to respect and not necessarily family; but nonetheless, Ovi’s father wants him back without paying a dime in ransom or credence to his enemies.

Ovi’s caretaker Saju (Randeep Hooda), a bodyguard of some skill, contracts Rake’s team for the highly complicated mission, but lacks the necessary resources to both rescue the child himself or pay the going rate for this type of job; thus posing an exciting twist in the film from writer Joe Russo (one-half of the Russo brothers, directors of Avengers: Endgame), and based on Ciudad, the 2014 Oni Press graphic novel by Ande Parks and Fernando León Gonzále.

Rake is stuck fighting for survival on both sides, protecting and extracting a child that nobody cares who lives or dies. Rake is undoubtedly able to cut his losses and the kid. Still, his morality and righting his past pushes the mercenary to risk everything for Ovi.

Sparked by fantastic performances from its leads, Extraction is fueled by excellent cinematography inspired by and borrowing from recent thrillers. Much of the gunplay and fighting is John Wick-esque, entrenching us uncomfortably close to the action. First-time director and Marvel stunt coordinator Sam Hargrave has viewers asking themselves if they might have pulled that trigger or threw that punch. There’s also an amazing chase scene that nearly eclipses the faux single-take style intensity of 1917 with much deadlier modern weapons, and the innocent bystanders trying desperately to avoid an onslaught of bullets and speeding vehicles. The film maintains that vigor throughout, crescendoing into a wild tragic finale.

Extraction doesn’t feel like a Netflix movie. Sure, the streamer recently gifted us 6 Underground, but even that felt more like flexing resources than a polished theater-worthy production. Extraction, on the other hand, feels more like a film I can repeatedly watch without feeling exhausted by the word vomit and grandiose visuals. There’s a decent story (as action movies go) and characters you can invest in and worry for if they’ll make it to the other side of their ordeal. Yet, we still get to indulge in the over-the-top violence. Extraction gives us both worlds in an effective dose worthy of a Friday night indulgence. I would not have minded paying the theater premium, having it available on Netflix is just a bonus.

Extraction is streaming now on the following services:
Powered by JustWatch