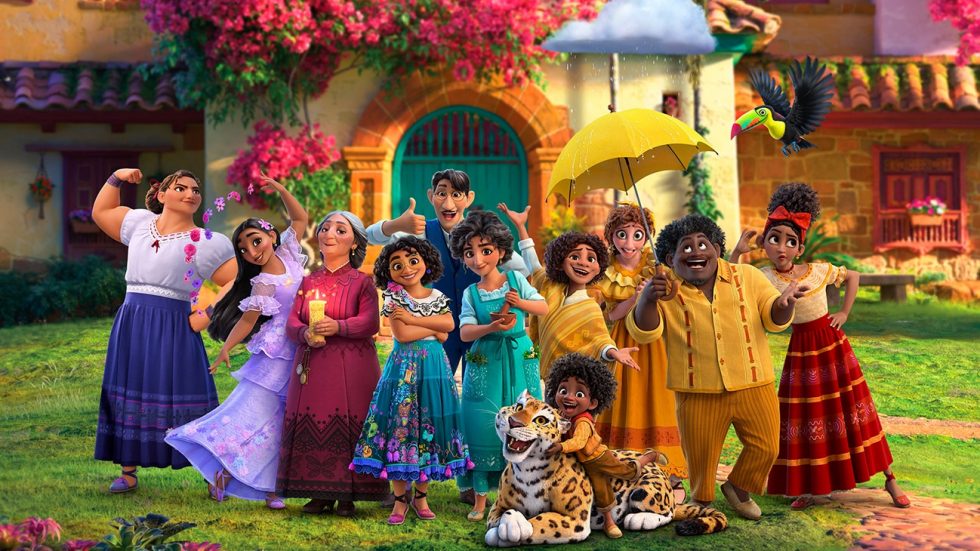 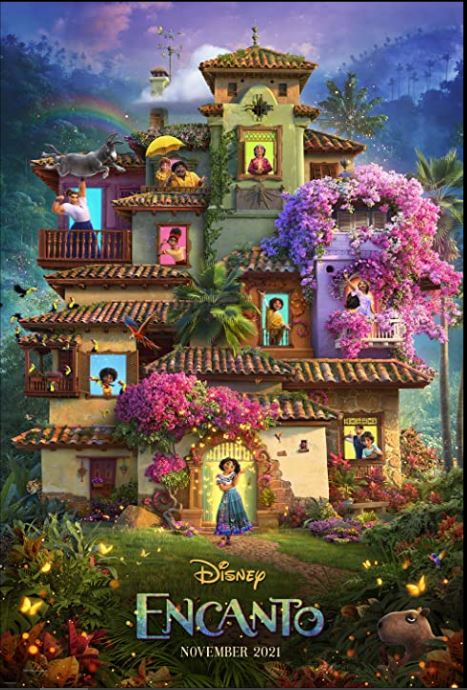 Disney celebrates its 60th animated film by taking the fun on the road once again. After visits to Asia in “Raya and the Last Dragon” and Italy in “Luca”, the House That Mickey Built takes viewers this time to Columbia for a colorful and magical musical adventure in “Encanto”.

After fleeing their country to find a better life for her newborn triplets, Abuela Alma Madrigal (María Cecilia Botero) helplessly watches her husband face an unfortunate demise to protect his family. With his passing comes a magic candle that creates a safe haven for those seeking refuge. And, for those born to the Madrigal family, inheriting a special ability when they are young — all except for Mirabel (Stephanie Beatriz) who is left to watch her family utilize their powers to help their community. Without any special powers, Mirabel tries extra hard to help protect her family — and it is that spirit that is needed when she begins to see a day when those powers go away. It is up to Mirabel to now save the day.

“Hamilton” creator Lin-Manuel Miranda lends his creative talents as chief songwriter, lending 10 songs to the Latin-inspired soundtrack. But, for the first time, something that Miranda touches doesn’t turn to gold with a mostly forgettable album save for Carlos Vives’ “Colombia, Mi Encanto”. A duet with Mirabel and her sister Isabela (Diane Guerrero) brings bright and vivid colors to the screen but lacks a memorable tune like “Do You Want to Build a Snowman?”

The theme of the strength in numbers — both for family and community — is admirable but the film never seems to find its footing. “​​Encanto” is a good film. And therein lies the problem — Disney films are supposed to be great films, classics that are excitedly handed down to the next generation. It’s a real struggle for Disney who hasn’t created a much buzzed-about classic since “Frozen” in 2013. Back in the day, Disney animated films were hyped far in advance and parents and children flocked to the theater. Today, not so much. Thankfully Disney still has Marvel and “Star Wars” to fill theater seats.

Encanto is streaming now on the following services:
Powered by JustWatch