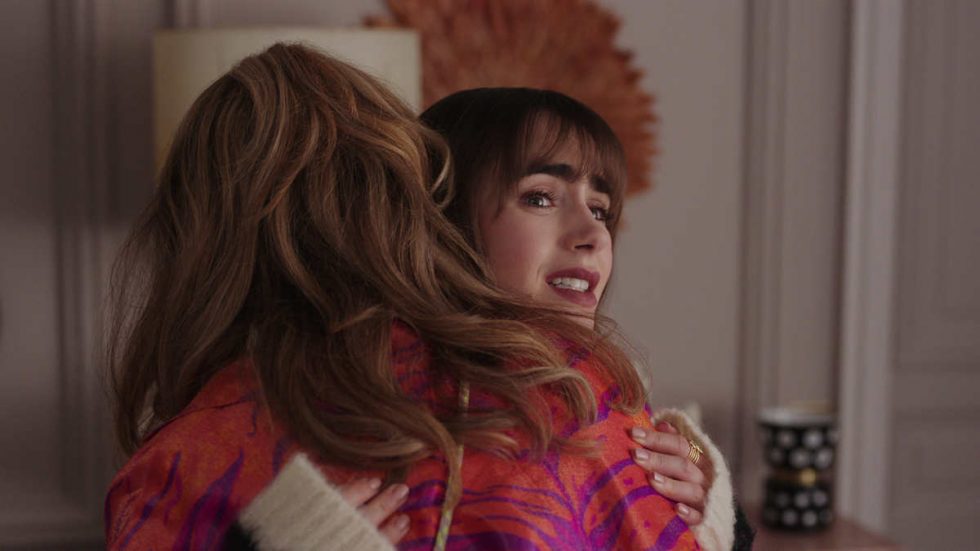 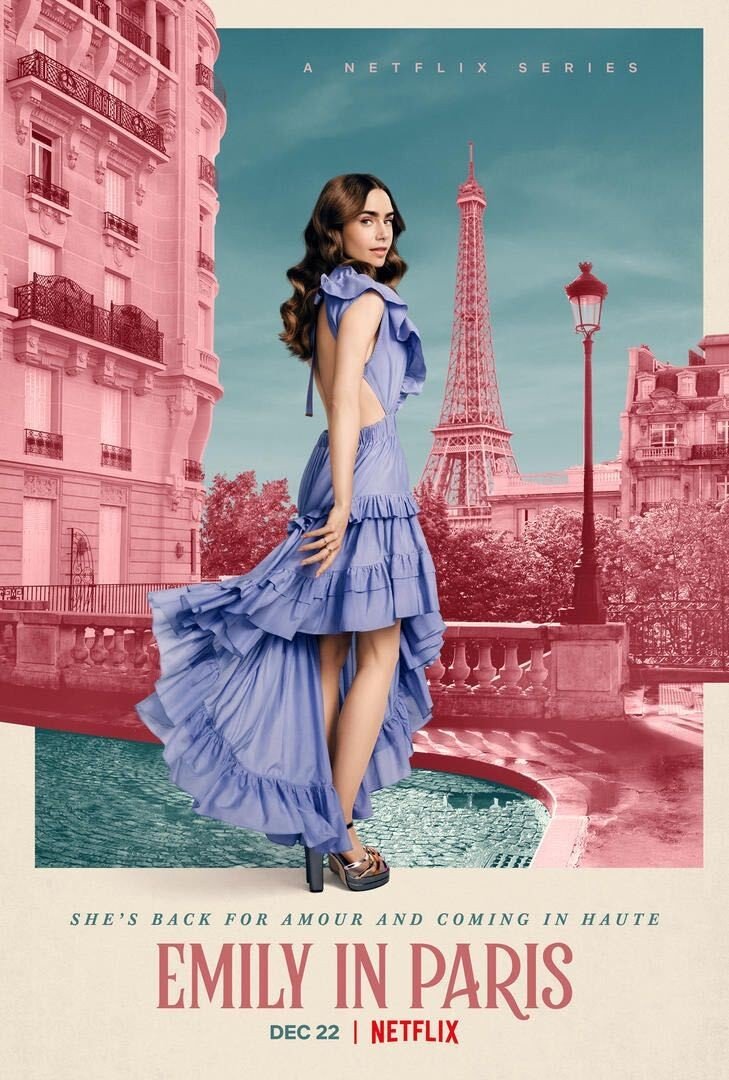 Streaming’s guiltiest pleasure is back just in time for the holidays! That’s right, Netflix’s hit series, Emily in Paris returns for more fashion, food, and fun (well, a little) as Emily (the always adorable Lily Collins) encounters even more personal and professional drama.

Just as it did with season two in 2021, the surprise hit of Covid that became the streaming giant’s most-watched rom-com in 2020 is likely to top Netflix’s Top 10 list the week it premieres once again. Whether it be people hate-watching the series or salivating at what the fish out of water Emily is going to do next, Emily in Paris continues to defy expectations (and critic reviews) year over year.

Forced to make a decision of whether to stay in Paris and work for French boss, Sylvie (Philippine Leroy-Beaulieu), or return to Chicago and work with her longtime American mentor Madeline (Kate Walsh), Emily continues her knack of being tossed into no-win situations. In the new season, one way to deal with the stress is Emily’s rash decision to cut bangs. “They’re just bangs! Sometimes people cut bangs when everything’s fine!” she screams to on-again, off-again love interest Gabriel. But, like her bangs, season three doesn’t work. Whether it be the decision to use all too familiar tropes or fleshing out the cast far beyond a core set of characters, it’s just too much. Kate Walsh’s arrival as the uncouth American is so spot-on, it results in wanting so much less than what she delivers. It feels like Emily’s roommate Mindy (Ashley Park) owns nearly half the screen time this time around, including nearly episode being bogged down in Mindy performing yet another song. We get it, she can sing. And whereas season one and two focused more on Emily and her love life, season three is, as Lily Collins recently described it, “a season of geometry” with seemingly every character involved with multiple love partners.

Season one came at the right time – a time when most of us were stuck at home with our spouses and children, challenged to see friends, and needing something to keep us going – and Emily in Paris was the answer, providing an escape from reality. But with the pandemic now behind us, it just doesn’t feel the same. Paris no longer feels like a character like it did in previous seasons. The campiness of the past now has become farcical. And the writers’ desire to expand Emily’s universe leads to too few characters worth caring about. It’s certainly impressive that with such a large cast in season three, the writers still seem to have developed the most one-dimensional characters ever on screen.

Sure, Emily in Paris still has its pulse on fashion and continues the will they/won’t they dynamic between Emily and Gabriel (Lucas Bravo). but with so much more going on this season, it feels more like Everyone in Paris. As Gabriel states at one point during the season, “Everyone likes watching a story about two people trying to fight off their natural attraction to one another.” Two people? Yes. Too many? No.

Lucky for Darren Star, with the series already renewed for season four, fans are likely already falling over themselves at the prospects of what season four will bring. After two big cliffhangers, the writers dreamed up a doozer (or perhaps that’s a snoozer) to finish off season three. Time will tell what season four brings, but for this guy, hopefully, it brings the attention back to Emily…in Paris.