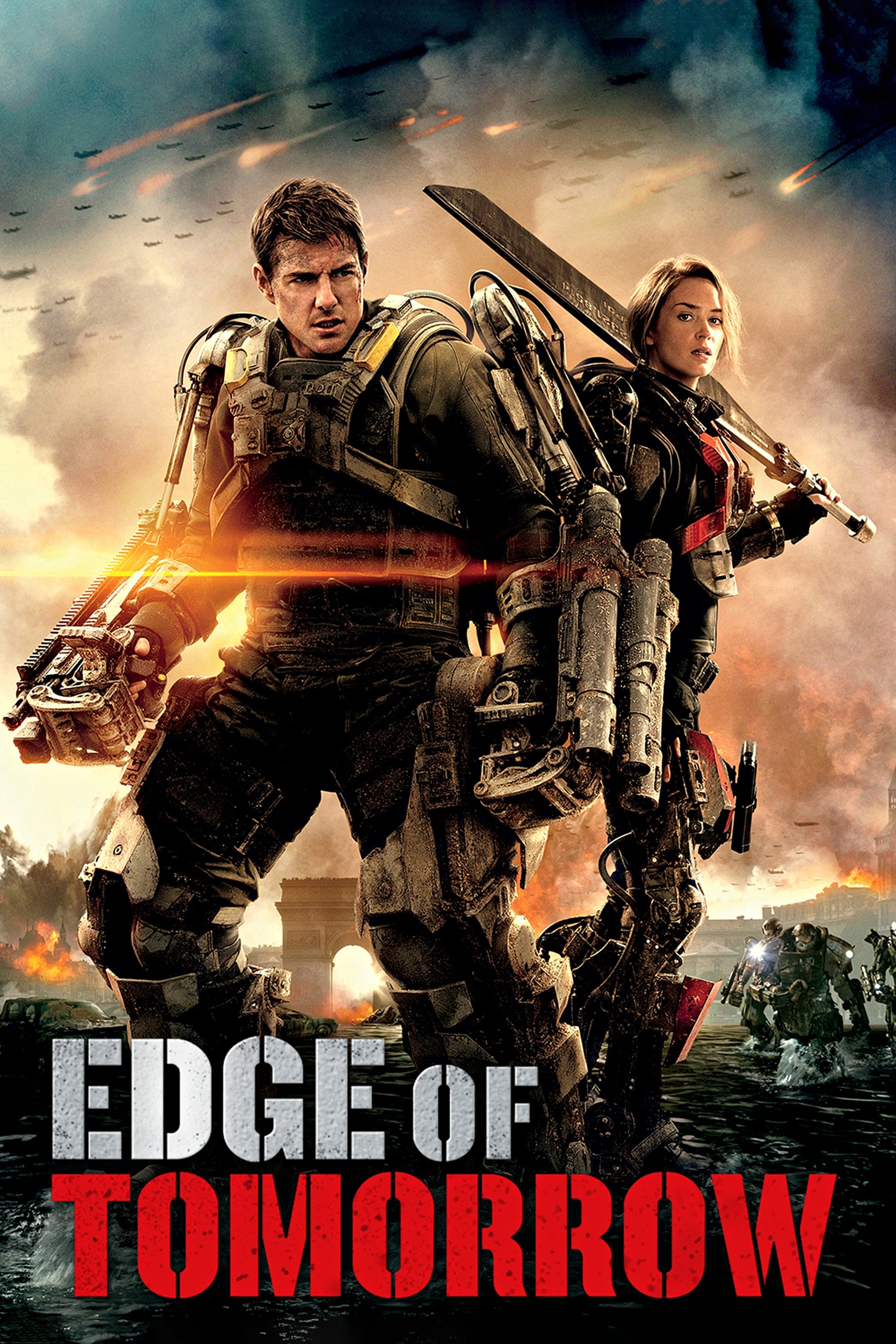 Based on the various TV spots/trailers you get the sense that Edge of Tomorrow will be far from original and therefore downright painful to watch especially with Tom Cruise as its lead actor. From an originality standpoint, at first glance the premise seems to have Cruise in a mechanical suit (Elysium) along with other soldiers battling a hive-like alien race known as Mimics out to eradicate mankind (Battle Los Angeles). The twist being the fact that when he dies the day resets (Source Code) with him being the only one aware of this as well as retaining his previous memories. Been there, done that. So why see this movie? Keep reading and you might be surprised.

William Cage (Tom Cruise) is a major in the military but isn’t a military man per se. His claim to fame is that he is the mind behind the mechanical suit that every soldier wears into battle. He’s basically a marketing/sales guy donning the uniform and wants nothing to do with actual fighting. Unfortunately you don’t always get what you want. General Brigham (Brendan Gleeson) extends an “invitation” to Gage asking that he wear one of the mechanical fighting suits. The hopes is that it would inspire others to join the fight against the Mimics.

By refusing, Gage finds himself on the wrong side of the General and ends up in a deployment camp stripped of his ranking. He is met by Master Sergeant Farell (Bill Paxton) who comes down hard on a very bewildered Gage. The following day he’s thrust into battle with zero combat experience. A bad situation goes to worse when the soldiers are apparently ambushed as they head into battle. Gage in his brief stint in combat does get to witness a legend in battle. Rita (Emily Blunt), an instant icon due to her ability to slay Mimics the first time she wears the suit, takes down many aliens before she eventually becomes a casualty of war. The entire platoon is laid to waste as well as the ill-prepared Gage who at least takes out a bad guy or two as he dies. All hope for the human race appears lost…or does it?

Billed as an action/sci-fi Edge of Tomorrow surprised me with the amount lighthearted moments that were inserted into the movie. The change of pace was very pleasant and gave the movie a more enjoyable vibe. The fact that Cage can die over and over again without consequence allows writers to infuse humor into death scenes. Basically it feels like a video game where you have an infinite amount of lives. I also suppose some of the Cruise haters of the world could take small pleasure in watching his onscreen persona die over and over.

There are parallels to the 1997 movie Starship Troopers which snuck up on audiences becoming a cult classic due to its over the top violence and the humor that accompanied it…MEDIC! Edge of Tomorrow travels a similar path but in this day and age where R ratings are not ideal (limited audience reach equals lower earnings) we get a much less graphic adaptation. Even without the gore the points are nailed home through inference and creative cutaways.

Edge of Tomorrow is an enjoyable movie and if given a proper chance will prosper at the box office. It offers up all of the main ingredients for a successful movie of this type. The entertainment value is there making it good “popcorn movie”. Don’t sell it short based on preconceived notions. Not every movie has to be Oscar worthy to be considered good. Tom Cruise and his supporting cast are well worth your two hours-ish of time.

Edge of Tomorrow is streaming now on the following services:
Powered by JustWatch