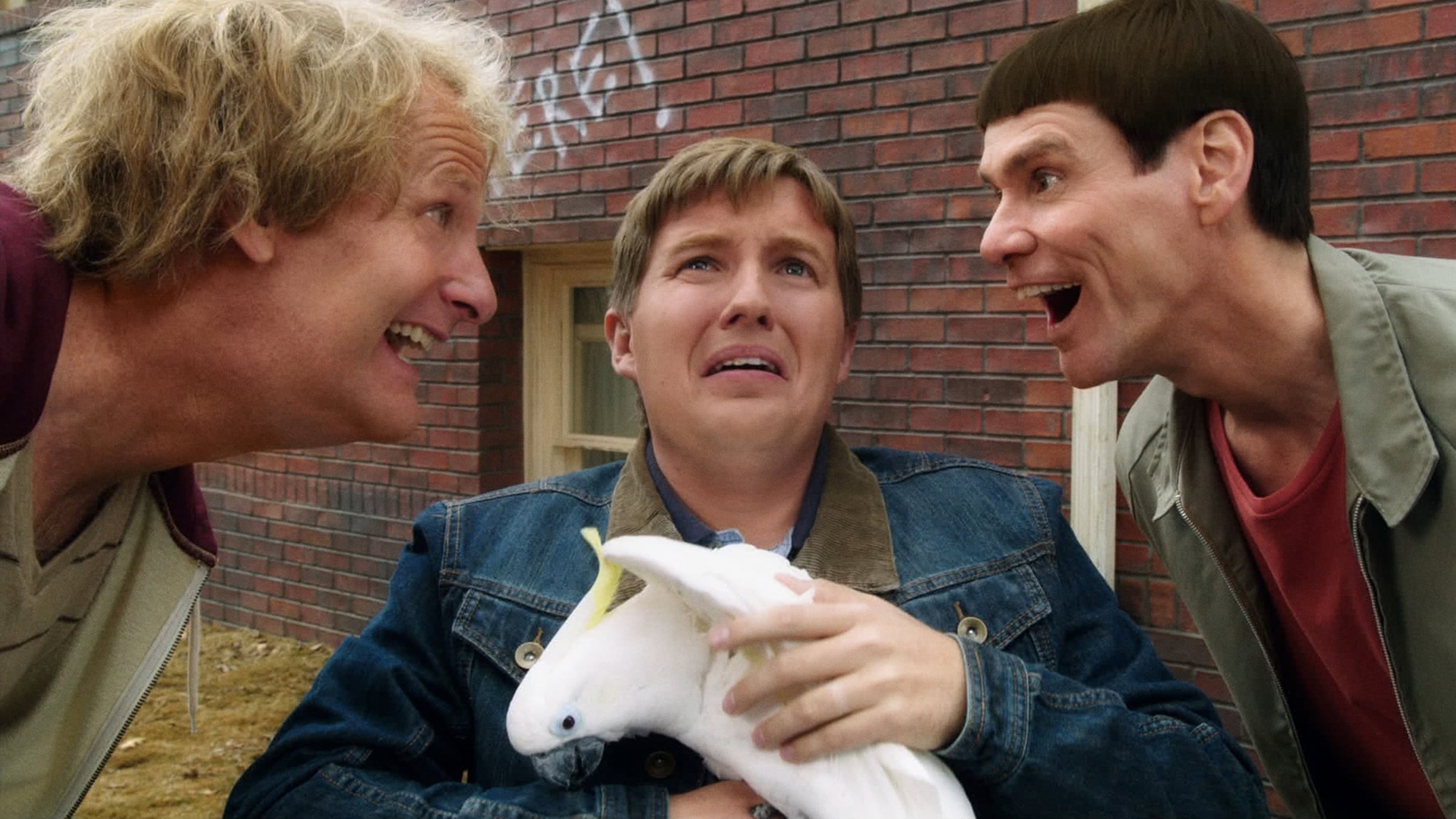 Dumb and Dumber To Movie Review

Dumb and Dumber To Movie Poster 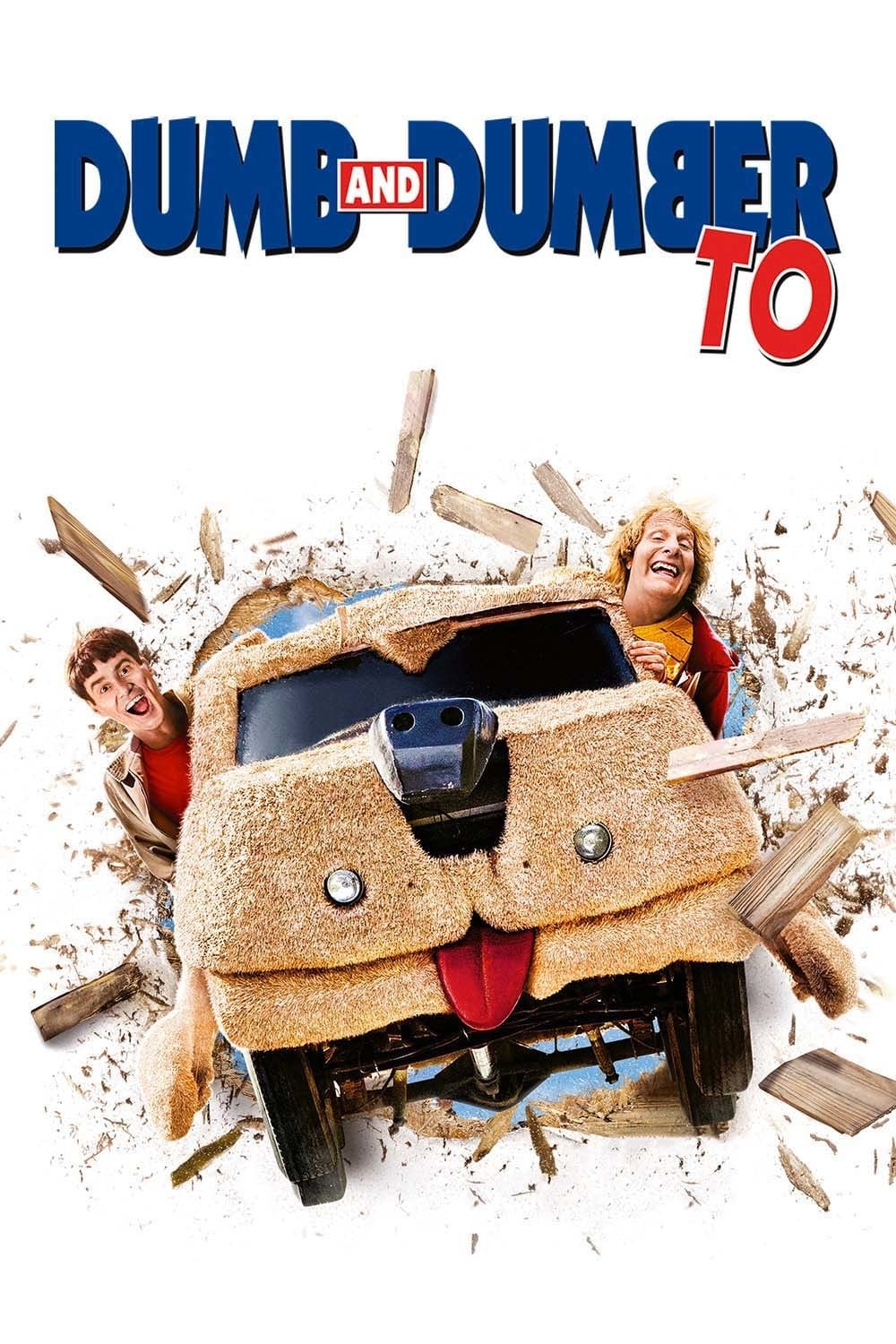 Dumb and Dumber To Movie Metadata

Dumb and Dumber To

Dumb and Dumber To External Links

Dumb and Dumber To Movie Trailer

Dumb and Dumber To Movie Tickets

Get Tickets
The Farrelly Brothers are known for their somewhat raunchy and often adolescent sense of humor. It comes as no surprise that a sequel to Dumb & Dumber which has been one of the silliest creations on their resume has finally made its way to theaters. What may be a bit shocking is the 20 year gap in between. There was always talk of doing a sequel; however, it was constantly put on the back burner due to lack of availability by the various major players (mostly Jim Carrey). Every great once in a while the wait is well worth it. Surprisingly this looks to be one of those times.

Dumb and Dumber To starts off with Lloyd (Jim Carrey) bound to a wheelchair while residing in an assisted living home for almost the last two decades. During that time, Harry (Jeff Daniels) has visited every week to help care for his best friend. Turns out Lloyd has been pranking Harry the entire time, just because. From there hijinks and hilarity ensue. Harry tells Lloyd that he has a failing kidney which leads the moronic duo across the country in an attempt to procure a donor. Complicating matters is the revelation that Harry fathered a child that he never knew existed. It’s just one thing after another.

The laughs just keep on coming with Dumb and Dumber To. You’ll be wise to pay attention as much as possible as there are subtle jokes placed throughout the movie. From last names, to well known phrases, rarely is there a time that a joke is not inserted. While it is light years from being considered an intellectual comedy, there are many times when jokes will fly right over heads, if audiences are not on their toes. There’s also the underlying “feel good” story, so it isn’t all jokes.

Rounding out the cast of main players are Kathleen Turner, Rob Riggle, Laurie Holden and Rachel Melvin. They add decent depth, but Carrey and Daniels are firmly in the drivers seat. Without their screen presence and comedic genius, Dumb and Dumber To would fall flat on its face. The 2003 prequel, Dumb and Dumberer: When Harry Met Lloyd proves that point.

Don’t expect a Picasso when visiting a third grade art fair. By that I mean, don’t expect Dumb and Dumber To to be without its faults. It doesn’t take itself seriously and I’m quite sure audiences are not supposed to nitpick every little thing. If entertainment by laughter is the goal, then in my book they’ve succeeded. While this type of comedy isn’t for everyone, it is highly entertaining for those seeking laughs and good times. Also, this is one of those very few times where the sequel might be better than the original.

Copy/Paste the following statement in the TITLE section above:
Review: Dumb and Dumber To

Copy/Paste the following statement in the PERMALINK section above:
review-Dumb and Dumber To

Copy/Paste the following statement in the ALL IN ONE SEO PACK – TITLE section below:
Movie Review: Dumb and Dumber To

Copy/Paste the following statement in the ALL IN ONE SEO PACK – KEYWORDS section below:
Dumb and Dumber To, Movie, Film, Review, Detroit, Critic, Film Obsession

Dumb and Dumber To is streaming now on the following services:
Powered by JustWatch