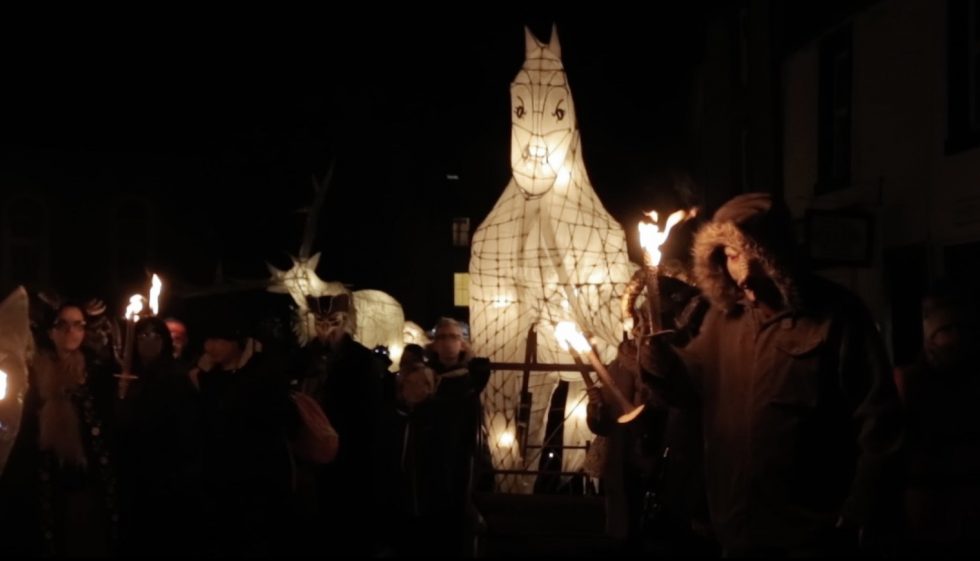 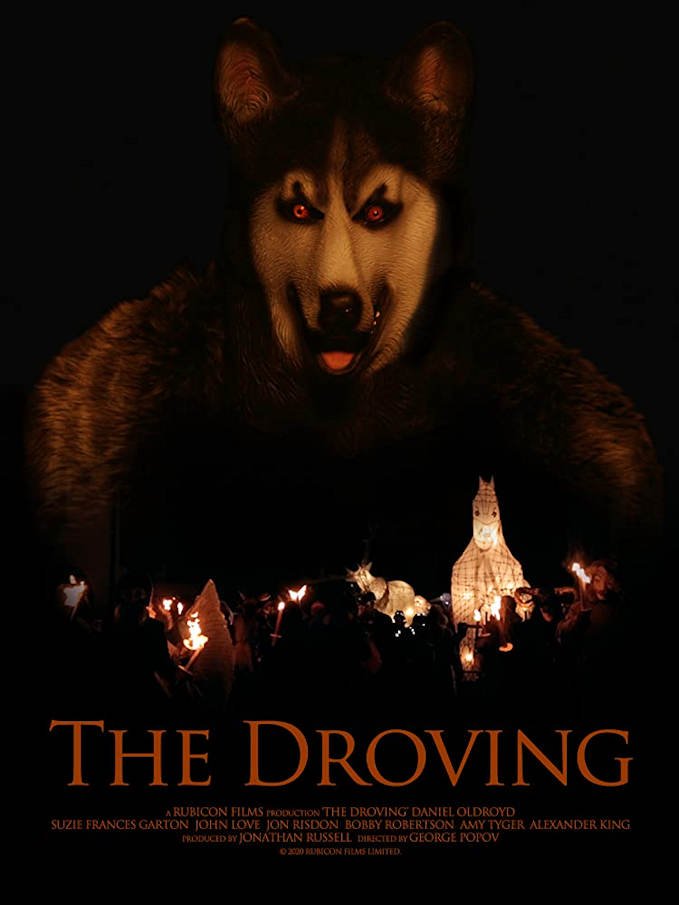 The thing about small European villages that intrigues me the most is the enigmatic annual festivals: the Welsh have Mari Lwyd with horse skulls and booze, and there really is a Droving festival in Penrith with parades and lights, and weird costumes, though far fewer cattle than there used to be – or maybe it’s just a different kind of cattle.

Martin (Daniel Oldroyd) is home from the military and somewhere in the English countryside and is searching for his missing sister (Amy Tyger). Martin is not a man who lends himself to positive displays of emotion, but this is his sister and he’s driven by guilt as much as love to find her. It is the time of The Droving. Streets are closed, towns seem abandoned, and there is a rowdy gang making trouble for the townsfolk. Sinister things weave between the merrymakers and seize the unwary. Martin is personified rage in search of a violent outburst and he’s using the hunt for his sister to release all of that pent-up anger. Finding no answers in the obvious places, he turns to the hills where his sister disappeared, and as the final pieces of the puzzle click into place, Martin may find himself making bargains he can’t fulfill.

The Droving feels like folk-horror, with its mysterious rituals that only make sense to natives and the supernatural presence that can only be appeased with unwilling blood. Backlit with the shifting reflection of bonfires and LED costumes, The Droving places you into the center of alien pageantry that still feels familiar even while the hairs on the back of your neck stand on end. The writing is sparse and economical, allowing for the atmosphere to fill the silence. It’s well-written and tightly-paced, not giving itself over to soft edges and neat landings.

Flashbacks give The Droving a labyrinthine feel until eventually, you reach the center, but is it the end, or the beginning? It’s a movie to be experienced in a comfortable position, free from distraction. and fully immersed.

I really enjoyed it.

The Droving (2020) is not rated, however, it could easily grab an R-Rating, for multiple beatdowns because Martin can’t keep his hands to himself, creepy animal masks, waterboarding, a thread of tension, and a breath you don’t realize you’re holding until the end.

The Droving is streaming now on the following services:
Powered by JustWatch