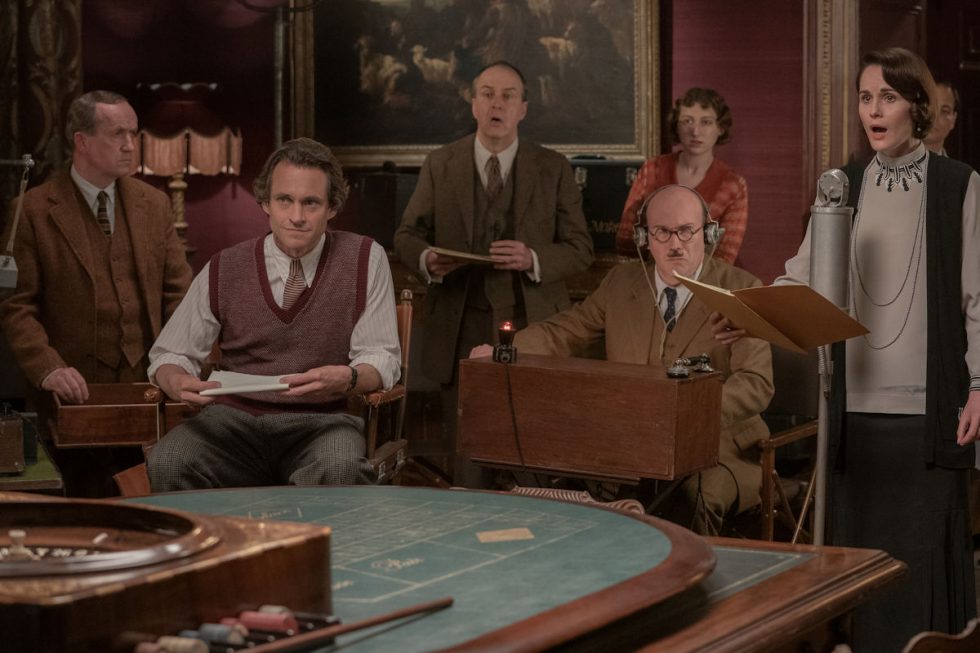 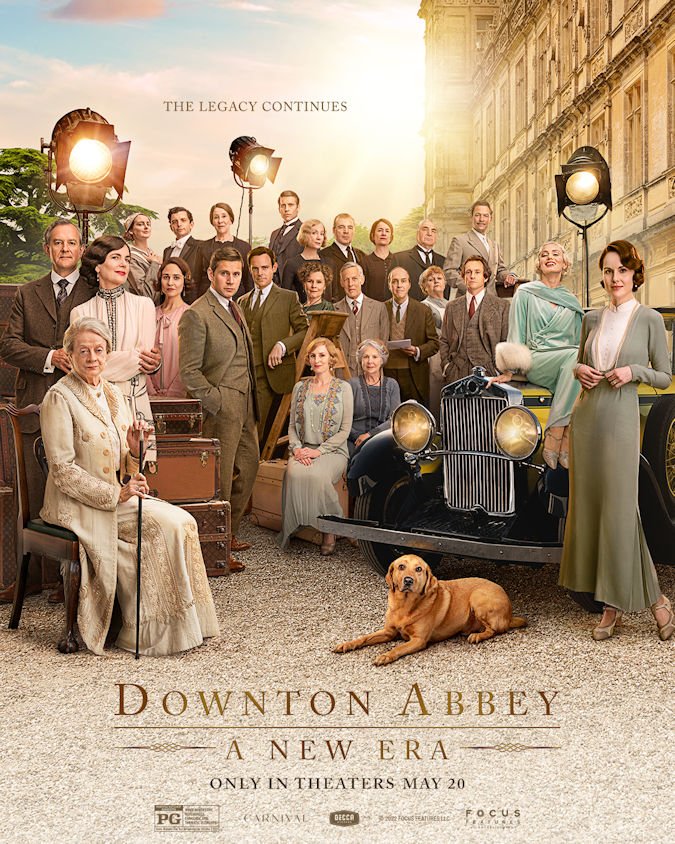 Downton Abbey: A New Era (2022) is so inoffensive, it’s barely worth a mention.

As an outsider to the Downton Abbey universe, I almost wished for dragons or unicorns or something exciting to happen while we paid a visit to Downton. This historical drama marches forward from Post-war Europe to the Jazz Age, but don’t roll down your stockings or rouge your knees because civilized people don’t do that here. In fact, just sit quietly and enjoy your tea.

The manor (as always) is in chaos. In an effort to increase cash flow that doesn’t involve commoners touring the residence and touching everything, Lady Mary Talbot (Michelle Dockery), with the permission of her grandmother, the Dowager Countess Violet Crawley (Maggie Smith), opens Downton Abbey to a silent film crew to make a movie. The influx of glitterati and celebrity drive the staff and household alike to distraction. Meanwhile, Violet informs the family that she’s inherited a villa in the south of France that she intends to leave to her great-granddaughter. The family is invited to see the grounds and meet the new Marquis de Montmirail before he officially hands over the keys. The circumstances surrounding the extravagant gift lead to vicious speculation as to certain family members’ parental lineage, but good manners dictate they go anyway.

At Downton, the film crew settles in as the house staff barely contain their starry-eyed giddiness. There is director Jack Barber (Hugh Dancy) who takes a professional and personal liking to Lady Mary, and actors Guy Dexter (Dominic West) and Myrna Dalgleish (Laura Haddock) who comport themselves among the staff with disparate measures of gentility and rudeness. Secrets, revelations, etc., etc.

If you’re not deeply steeped in the lore of the series or mannerisms of Edwardian/Post War-era England, a lot of Downton Abbey feels like a Jane Austen novel you were forced to read in high school when Lord of the Flies was right there. There is an extensive family tree which I don’t pretend to understand, as well as titles, inheritances, and the amount of money it must take to keep a manor like that operational, especially as they need money all of the time. Everyone is very British and very formal, which makes the whole movie feel a little stiff. This is a problem when there are multiple storylines woven into the tapestry as a whole. It jumps a lot, from France, to the Manor, to shocked reaction shots of guests acting unEnglish. It’s a very cold production and no one feels human enough to be relatable. The storylines are neatly wrapped up towards the end and everything goes exactly how a two-hour episode would go. If you’re expecting surprises, this isn’t the place. Downton doesn’t do exciting. It’s unbecoming.

Unfortunately, there isn’t anything very cinematic about Downton Abbey either, including the film in production on the grounds. The picture in a picture called The Gambler, feels as dry as stale toast, but again, this isn’t my genre. I hardly expected Downton to host interior shots of Nosferatu (1922), though that would have been a hoot. This and its predecessor (Downton Abbey, 2019) could have easily been released to PBS during Pledge Week. This is fan service for the big screen, leaving very little for anyone else.

If you’re checking in for a date night, it’s probably easier to ride along with the story rather than try to figure out who is whom and why everyone seems so put off all of the time. It’ll be over in two hours, and it’s so unmemorable you won’t be mad about it long.

Downton Abbey: A New Era (2022) is rated PG and there’s nothing to be worried about. No one gets naked, the swears are mild, and there is exactly one person of color – who’s a jazz singer.

Downton Abbey: A New Era is streaming now on the following services:
Powered by JustWatch