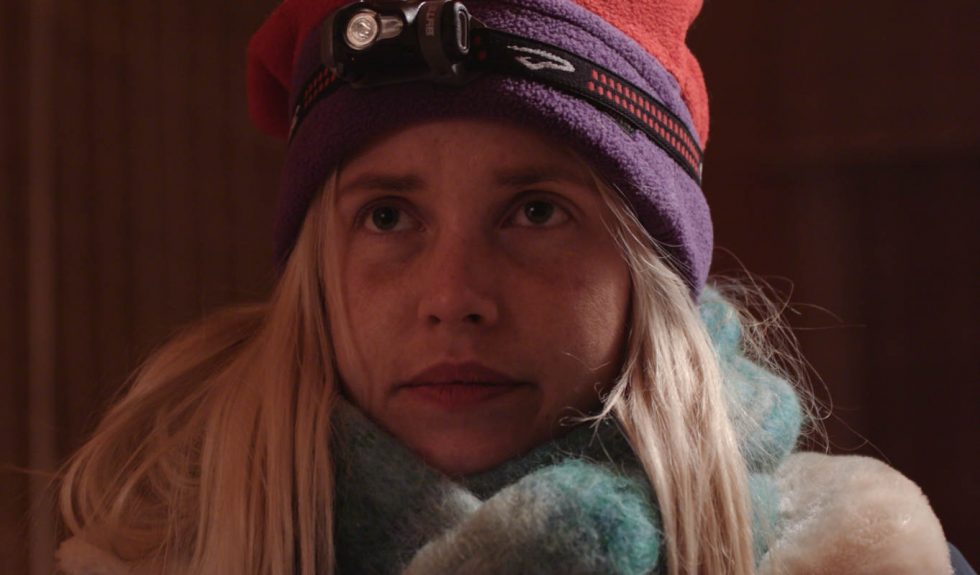 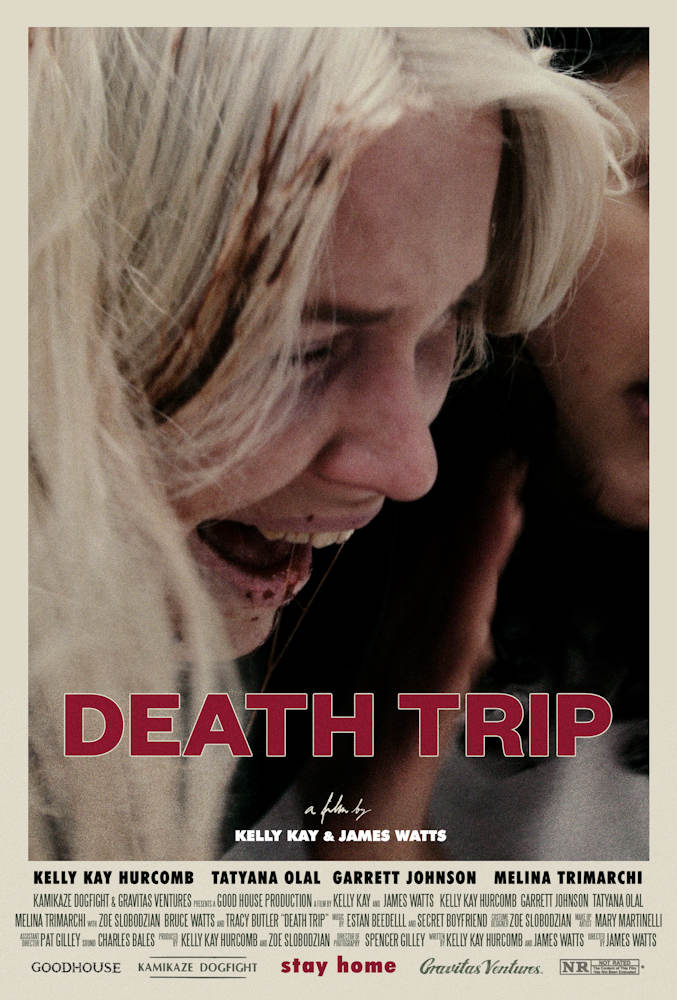 Canadians are super nice, which is why it’s going to be hard to not say nice things about Death Trip (2021).

Four friends head to a cottage to spend a weekend of drinking, smoking, being loud, and irritating the neighbors. They spend a little time arguing about sleeping in a death room, peeping on a half-naked neighbor, and scaring each other in the dark.

Melina (Melina Trimarchi), Kelly (Kelly Kay Hurcomb), Garrett (Garrett Johnson), Tatyana (Tatyana Olal) drive up to Garrett’s parents’ cottage, which is really just a subdivision on a lake and really close neighbors. It’s a bonding weekend and everyone is going to drink to excess and maybe Garrett will get lucky. There is lots of talking, I mean “a lot” a lot of talking and it only serves to prove these aren’t people you want to be stuck in the woods with. Maybe not even at the park.

I said it would be hard, but I didn’t say I would try.

Essentially you have 4 grown people incapable of acting like adults. Kelly calls her boyfriend at work but gets irritated when he can’t talk (he’s at work), Melina has zero respect for other people’s property and smokes in the house. Tatyana’s only fault is she’s friends with Melina, and Garrett lacks boundaries, like all of them. You will find yourself yelling at the screen (but maybe that was just me) because nothing anyone does makes any sense. They don’t know how to get out of a car and push when it’s stuck on the world’s smallest icepack. When someone gets stabbed, despite everyone *just having a phone* no one knows how to call for emergency services, and when things get tough they cry or make tea. Not a single person has the sense gave a squirrel.

And that’s frustrating because you want to see people succeed in horror movies, and you desperately want to love all indie films, but this one just isn’t it. Death Trip doesn’t give you anything to root for.

Well, the cottage is cute. I wouldn’t call it a cottage but maybe Canadians have a different definition of the word. It’s homey and appointed in 80s Canadian kitsch. It would be okay to die there. Now I’ve said something nice.

In a winter forest where you can see a goodly distance in any direction, director James Watts tries to ramp up the suspense by having our killer follow the blood trail of his next victim. Dude, raise your head, ‘cuz she’s right there. Some of the shots are clever, and the dedication to the actors running around without coats and falling into frozen lakes is admirable, but it’s not enough to save Death Trip.

With a script by Kelly Kay and James Watts, Death Trip would have been a fine short film, maybe 30 minutes tops but as it is, it’s a struggle to not skip around. The extra hour (of talking) is entirely too much (talking), and the Final Girl standoff is 20 minutes of that last hour (of talking) with the payoff not exactly the sexy triumph you’d think. Made on a very slim budget this movie still manages to be 101 minutes which is waaaaaaaaaaaaaay too long for absolutely nothing to happen (except talking).

So to end on a nice note, Quebec is beautiful in the winter. There are frozen lakes and pristine snow, and it’s peaceful.

Death Trip is streaming now on the following services:
Powered by JustWatch