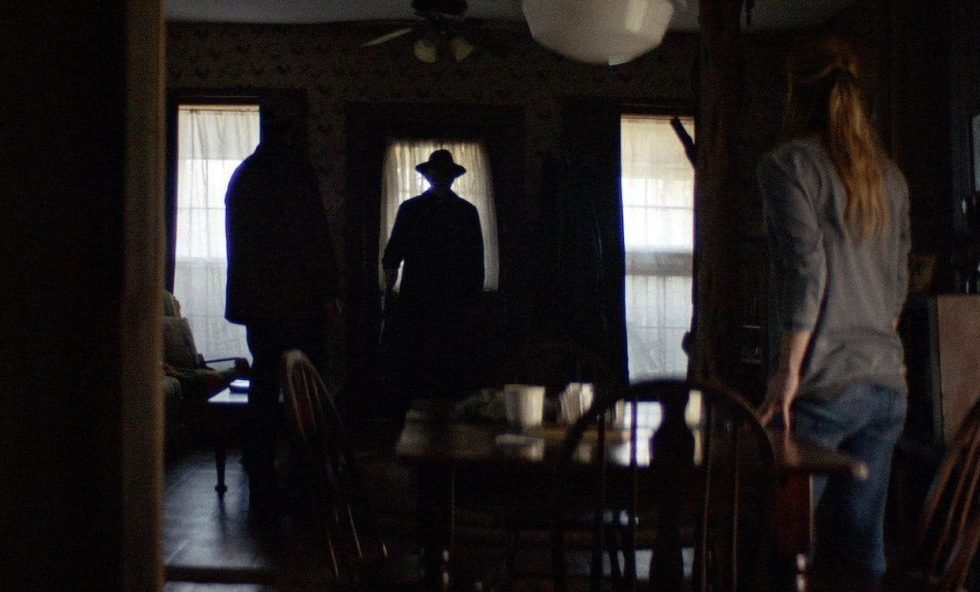 The Dark and the Wicked Movie Review

The Dark and the Wicked Movie Review Metadata

The Dark and the Wicked Movie Poster 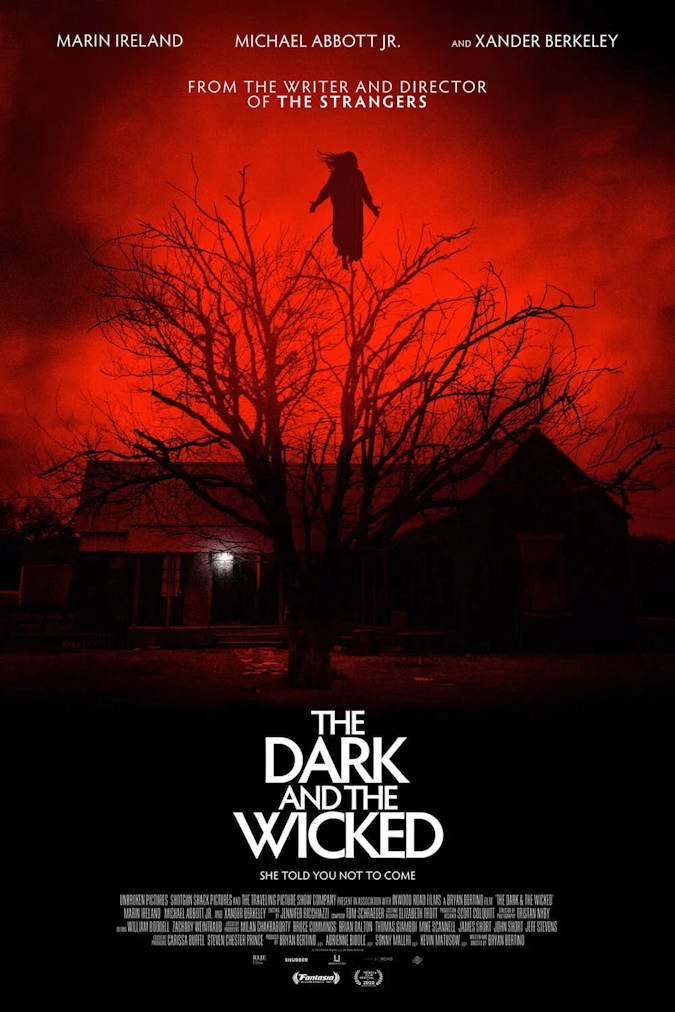 The Dark and the Wicked Movie Metadata

The Dark and the Wicked

The Dark and the Wicked External Links

The Dark and the Wicked Movie Trailer

The Dark and the Wicked Movie Tickets

You know how you take a road trip across the interstate and during a long stretch between large cities, where farms and land stretch out on either side, there is invariably a broken, abandoned farmhouse with a falling-down barn and over-grown fields? The Dark and the Wicked (2020) feels very much like the last act of those properties.

Louise (Marin Ireland) and Michael (Michael Abbott, Jr.) suspect something is terribly wrong at their family farm. Their mother (Julie Oliver-Touchstone) has been tending solely not only to the day-to-day operations but their invalid father (Michael Zagst) who is very clearly and quickly approaching his own end. Whether it’s despair or crushing grief, their mother struggles to remain tethered to reality, and her terror begins to seep into the consciousness of everyone around her. She believes something is coming, and as one tragedy after another befalls the farm, Louise and Michael find they are unable to escape whatever is may already be there to lay claim to whatever is left.

Like Sator (2020), The Dark and the Wicked hints at an evil baked into the rural landscape. Because the audience, like Louise and Michael, is approaching the farm’s finale, we have no idea if anything encountered is real or a waking terror or if any of it can be saved. We don’t even know how it started and that’s worse. This isn’t a family steeped in an ancient religion and there aren’t obvious cults lurking along the edges. This is a nightmare that began because someone opened a door to let any old Thing in. There is a hint to its origins in the form of a priest (Xander Berkeley) who offers that he was there for their mother when she was desperate and lonely but are those just the ramblings of an elderly, lecherous old man or something sinister promised something grander than a warm bed.

Bryan Bertino crafts a story of insider-outsiders in Louise and Michael. They know how their family farm works and they have come willingly to assist, but their mother isn’t a woman they know anymore and their father is a shell of his former self. There is a price coming due, and despite warnings to stay away, Louise and Michael could hardly not return home. Once touched and tainted, they find that indelible mark remains. The farm is maintained, but not grand, and nothing suggests neglect, because The Dark and Wicked isn’t about the ignored, but the called. Well-paced, there isn’t a single frame wasted, and Bertino’s subtle hand makes the shadows breathe and the very air a character of sinister intent. The sound design, depending primarily on the ambient sounds of the farm and homestead, adds a moody tone of impending despair.

The Dark and The Wicked (2020) is streaming exclusively on Shudder and is unrated, but if I were to guess I would rate it R for swears, lots of blood, suicides via guns, rope, knives, and craft materials, jumps scares that feel far from cheap, mutilated animals, mutilated hands, and corpse nudity.

The Dark and the Wicked is streaming now on the following services:
Powered by JustWatch