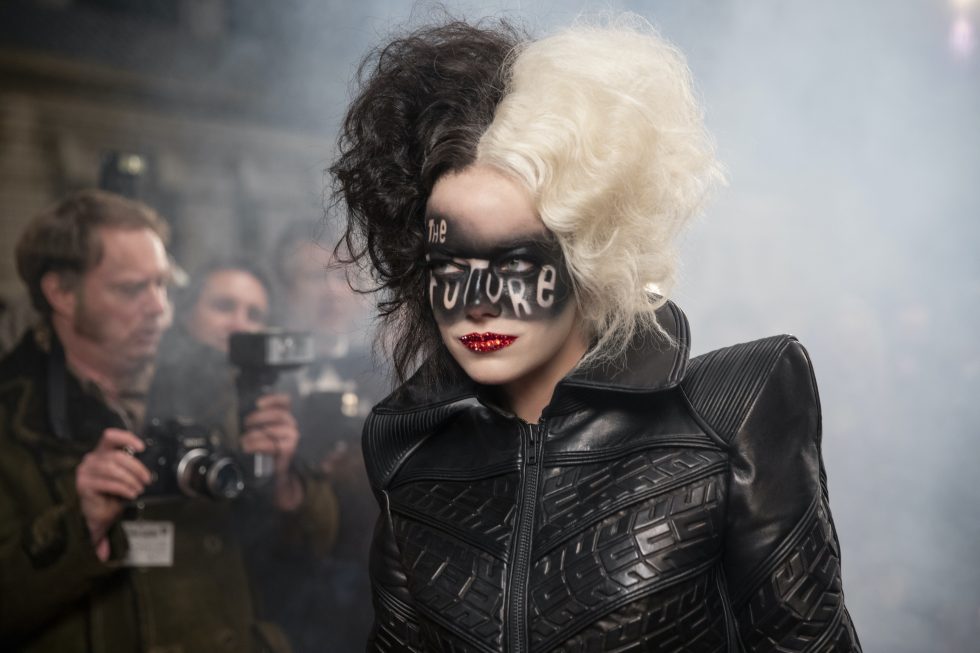 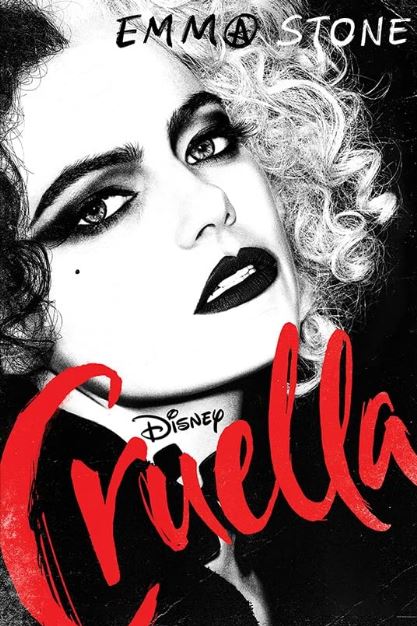 An origin story about one of Disney’s most unhinged villains might seem counterproductive to its overall small, happy world mentality. It’s not the first time the Mouse House has put a sympathetic face on being bad. Maleficent (2014), Sleeping Beauty’s kidnapper turned fire-breathing Dragon, even has a sequel. Now Cruella (2021), the antagonist from the 1961 animated feature 101 Dalmations, gets her own origin story.

Don’t wonder why anyone would want a sympathetic angle to a future dog murderer. Cruella, fortunately, a lot deeper than that.

In the 70s a time of rebirth and reimagining, Estella (Tipper Seifert-Cleveland) punches a lot of faces to make her place in the world that wasn’t ready for her. A misfit child with a wild streak, she loses her mother before they can realize their dream of living in London and starting new lives. She falls in with street children, Jasper (Ziggy Gardner) and Horace (Joseph MacDonald), and together they live their young lives in an abandoned warehouse, picking pockets and stealing everything not nailed down. Older Estella (Emma Stone), Jasper (Joel Fry), and Horace (Paul Walter Hauser) graduate to more sophisticated crimes, but Estella wants more. Jasper arranges with criminal sleight of hand for her to work at a high-end department store which puts her in the path of The Baroness (Emma Thompson), a titan of the fashion industry. As Estella works her way up from shop girl to designer, she learns titans attain their lofty positions by stepping on everyone around them, and her skewed sense of justice kicks in. She creates an alter ego, Cruella, as a pop-up marketing flash that puts the Baroness on edge. As Estella digs deep into her Cruella persona, she creeps closer to the sharper edge of the psychotic Cruella De Vil we come to know later.

Characters more familiar from the 101 Dalmatians like Anita (Kirby Howell-Baptiste) and Roger (Kayvan Novak) are also introduced as a newspaper reporter and lawyer turned musician respectively, as well as Jasper and Horace depicted as loveable street urchins turn crooks with a heart of gold, so it’s nice to see criminal minds never really stray far from the ones they care about.

All of Cruella feels inventive and vibrant from the gritty streets to the fashion-forward design of both Cruella and The Baroness. For a movie that is 134 minutes long, I can’t say it felt long until the last 15 minutes, but it is a long movie, especially for kids. The Dalmatians owned by the Baroness are mostly (if not totally) CGI, and their pivotal characterizations stoke the ambivalence Estella/Cruella nurses throughout the film. They’re also a little scary, so keep that in mind.

The soundtrack is aces, with everyone from Nina Simone to Black Sabbath creating moods and atmosphere for a film already popping with fashion and stabs of color. Cruella competently stands shoulder to shoulder with a group of family films that don’t feel like losing IQ points when it comes to entertaining kids. While intense and deliberately vague, glossing over homelessness, petty crimes, and intellectual property theft, it’s still a movie that could easily join a home library without reservation. It’s more than enough for repeated viewings and I’m interested to see if Cruella’s fashion sense evolves into the 80s (if there’s a sequel).

Cruella (2021) is rated PG-13 for super minor swears, people falling from cliffs, crimes against bystanders, dog napping, boozing it up, and characters being chased by dogs with CGI-animated snarls.

Cruella is streaming now on the following services:
Powered by JustWatch