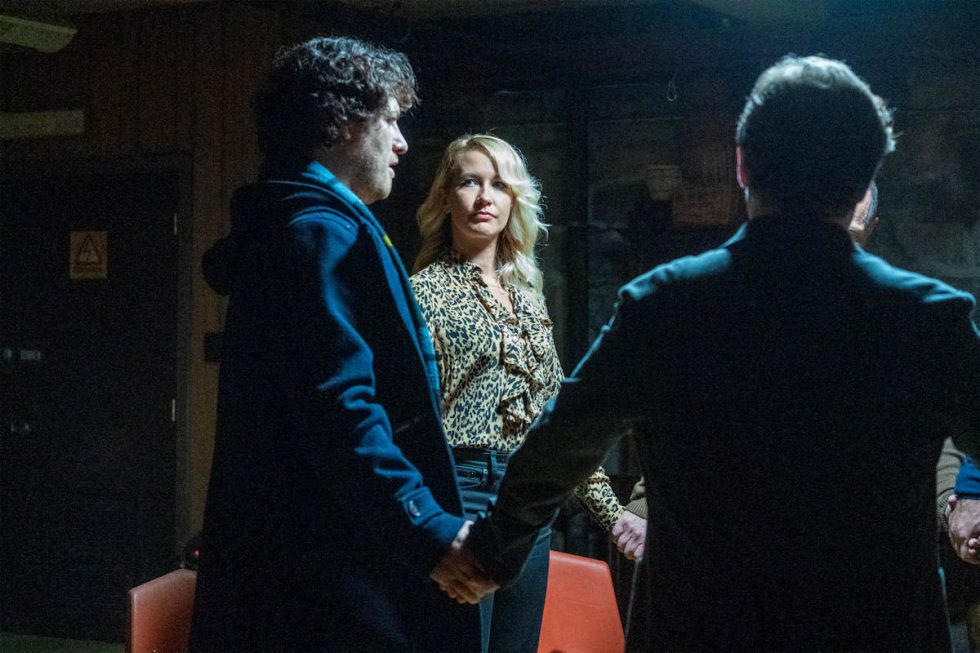 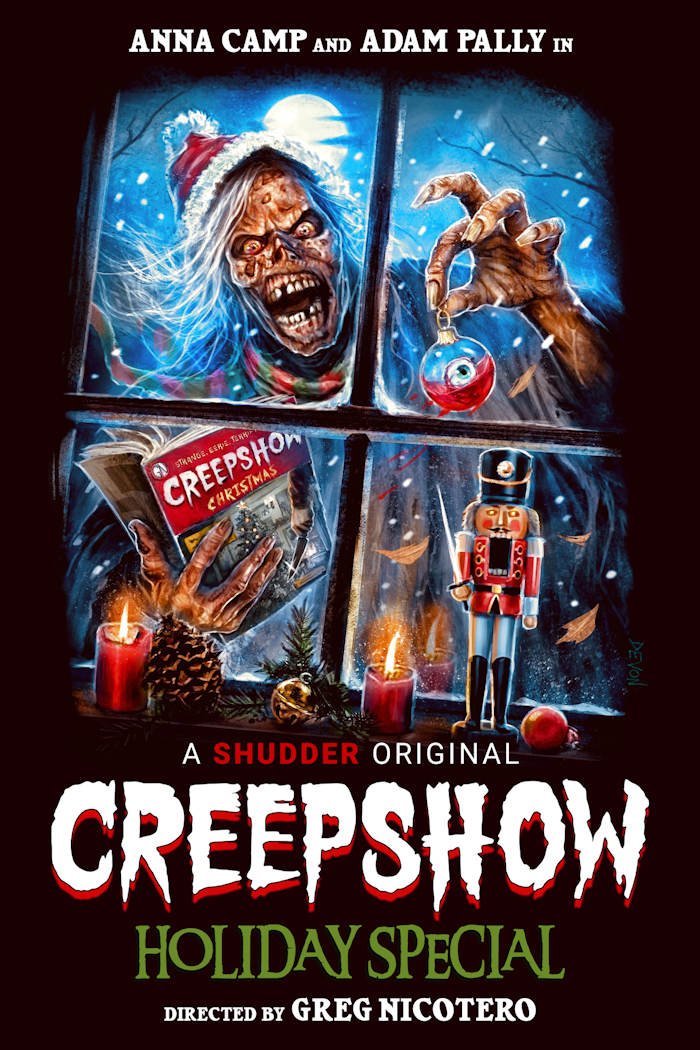 If you’re looking for something scary this Christmas and no version of A Christmas Carol is cutting the mustard, might I suggest a fun little hour-long special brought to us by our friends over at Shudder.

Creepshow Holiday Special: Shapeshifters Anonymous is a curios tale of Robert (Adam Pally), who finds himself in need of comfort and solidarity. Among like-minded-minded folk, he tells his story about how he may be a werewolf who’s been eating people over the last few months. Robert discovers that eating people is the least of his worries, because the Big Bad in his universe is Santa, and Santa is literally everywhere – you know, helpers, elves, and they all want to eradicate shapeshifters. Irena (Anna Camp) is there to hold his hand and help him through this difficult time.

It’s Creepshow, so no one is expecting deep Charlie Brown Christmas vibes or even introspective visitations by 3 ghosts. The jokes are groaners and the thrills feel a little made for tv, but for those of us who like a little goof with our gore, especially when it comes to Creepshow, we’re all in.

Based on a short story by J.A. Konrath, and directed by Greg Nicotero, Shapeshifters Anonymous is a lot of chuckle-worthy fun. It’s been a hard year for all of us, and frankly, I’m here for this holiday cheer. I’m also excited they released this as a standalone special instead of wrapping it into Season 2 of Creepshow. It’s nice to have a little break for something new while we wait for Season 2 to wrap production.