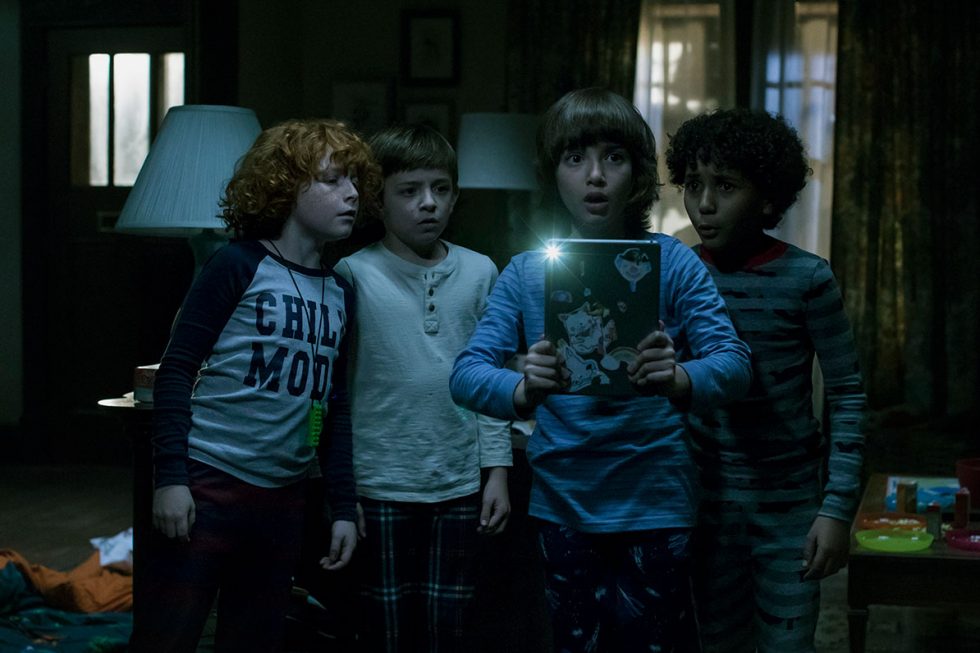 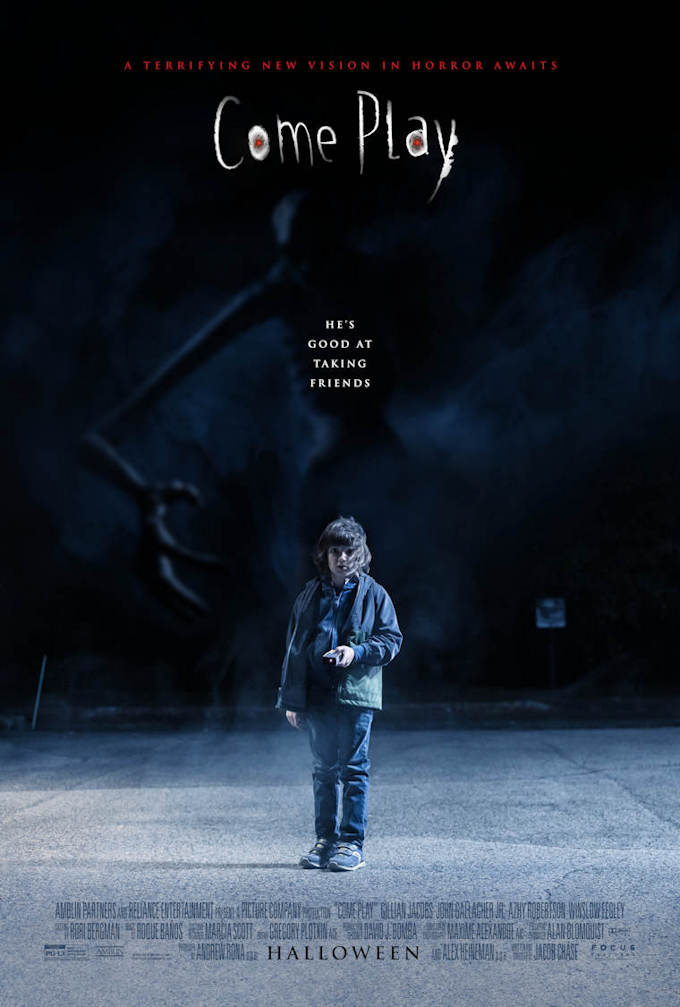 In Come Play (2020)Oliver (Azhy Robertson) is different. He’s non-verbal autistic and lonely and even though mainstreamed in a public school, kids his age are just mean. When a digital story appears on his phone, Oliver is intrigued by Larry, the monster who is also lonely and needs a friend. Unfortunately, Larry is very real and is desperate to take Oliver to the other side of reality. Oliver becomes torn between the comfort of the very real and known, and the possibilities of having a friend who would do literally anything for his eternal friendship.

Come Play feels like a lot of different stories all rolled into one but at the heart of it is Oliver’s increasing isolation from everyone, including those who love him the most. he loves the most. His mother, Sarah (Gillian Jacobs) is exhausted. His father, Marty (John Gallagher Jr.) is ill-equipped to settle down and be the caretaker Oliver needs. Oliver doesn’t have friends so much as classmates (Winslow Fegley, Jayden Marine, and Gavin MacIver-Wright) forced to socialize with him, and they resent the heck out of it. We know when our parents are forcing people on us, so every sequence with Byron, Mateo, and Zach, feels painful and raw.

Come Play is also different in the way Larry isn’t out to befriend Oliver with any of the meaningful tropes we’ve come to expect. Larry doesn’t appear as a small child who likes to play. Larry doesn’t leave gifts and trinkets or grant wishes. Larry is immense and terrifying and everything he does scares the daylights out of Oliver. Everything Larry says is designed to convince Oliver that he’s not wanted, but even Oliver knows that he’s loved and cherished, even when things get difficult. So when Larry becomes desperate for someone to finish the story things go from scary to terrifying.

I can see where people would want to make parallels to The Babadook (2014), Jennifer Kent’s horror story about a boy and a book, and the creature that lives inside, but that’s where the similarities end. Come Play an effective child-in-danger movie that is relatable not only to the neuro-atypical (though I definitely wouldn’t recommend you take them to see this) but also the chronically lonely. Is the dear of loneliness worth the price for eternal friendship with exactly that one friend? We’ve seen it time and time again with “bad seed” style of films, but if you wanted to draw a direct parallel to anything recent, I’d look towards Paranormal Activity 3: Ghost Dimension (2011) and Paranormal Activity 4 (2015) would be your best bet, only Come Play is told from the side of the child being targeted.

Based on the super effective 2017 short film “Larry”(or Come Play, depending on how you search), the feature-length Come Play takes the germ of the idea of a creature that waits for someone to find its story in a digital device that gets passed from person to person and creates a world for one lonely child who depends to those devices to communicate. For a PG-13 film, the gore is minimal but the scares are real, especially if you’re a kid, facing bullying, or have a thing about separation anxiety.

Look, this isn’t for everyone, and some folks will want way more, but this one isn’t for them. It’s not a relentless stabfest and the dialogue isn’t particularly thought-provoking, but for a movie focuses on an autistic child whose world is already terrifying, this definitely worked for me. If you’re looking to graduate from “Goosebumps” and other horror kiddie fare, this is a great next step.

Come Play is released to theaters on October 30, but it’s safe to sit this one out until digital release day.

Come Play is streaming now on the following services:
Powered by JustWatch