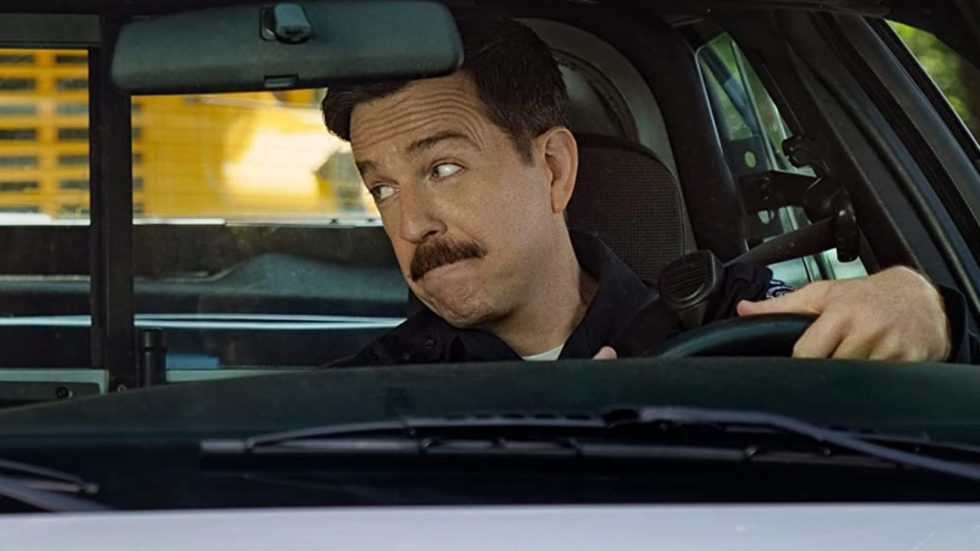 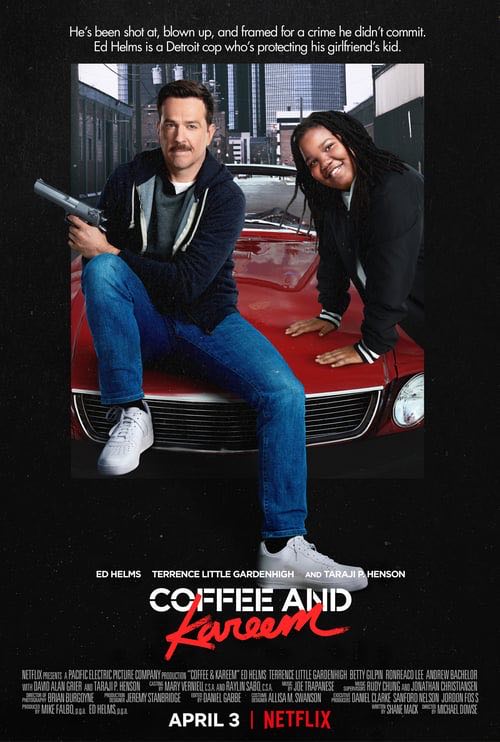 I think most people will agree that buddy cop movies in the vein of Lethal Weapon and Rush Hour make for some of the best comedy escapes in cinema. Coffee & Kareem, from the great folks at Netflix, attempts to bottle that recipe by pairing funnyman Ed Helms (the Coffee) with teenage newcomer Terrence Little Gardenhigh (the Kareem). But I hope you can understand these words about to come out of my mouth, “this ain’t that film bucko.”

I remember when my mom introduced her new boyfriend (now husband of 20+ years). I also remember refusing to get buddy-buddy with the cowboy imposter (I love him like a dad now). But that’s not how Kareem Manning views his relationship with his mom’s (played by Taraji P. Henson) new boyfriend, the clumsy Detroit cop James Coffee. He loathes him. And he wants him “taken out,” because, well, Coffee didn’t ask permission to bang the boy’s mother. It’s an extreme reaction, but here we are.

Kareem hatches a plan to have a dangerous drug dealer (played by Ronreaco Lee) put a hit on Coffee. However, that all goes haywire when the duo witness a corrupt cop getting murdered. Their near escape sets in motion a series of ridiculous encounters and a script rife with offensive dialogue, mostly from Kareem aimed at his inept partner. As is tradition with these types of movies, the pair put aside their differences long enough to face-off with the kingpin pulling all the strings.

On paper, Coffee & Kareem makes perfect sense to me. The fragile relationship between kid and step-parent. The problematic history of black men and white cops. Taraji P. Henson and Betty Gilpin. But when pen hits paper, the writing here is tired and juvenile. Like Coffee, jokes miss their target frequently and border on offensive. The chemistry between our leads is hardly detectable. Frankly, Henson and Gilpin would have made a better buddy-cop movie. The movie adds insult to injury by appearing to take place in Detroit, without ever having filmed a scene in Michigan.

There are better buddy-cop movies available on Netflix, see here and here. In a world where movie lovers are stuck at home with dwindling access to new content, there are worse ways to spend an evening.

With that said, I hope you’ll join Movie Reelist for a public screening of Coffee & Kareem this Saturday at 10:00 PM ET. I’m not kidding! See here for details!

Coffee & Kareem is streaming now on the following services:
Powered by JustWatch