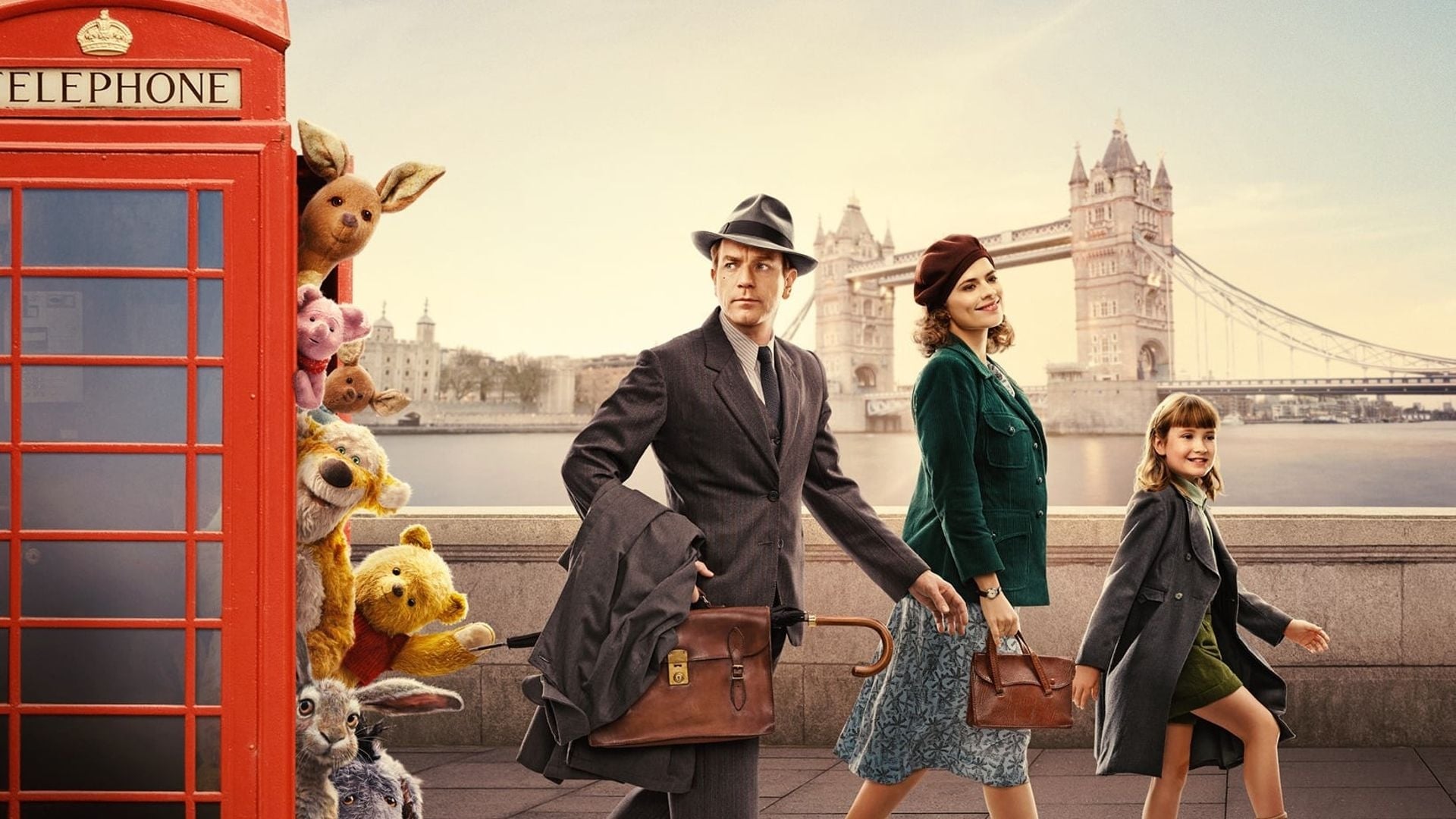 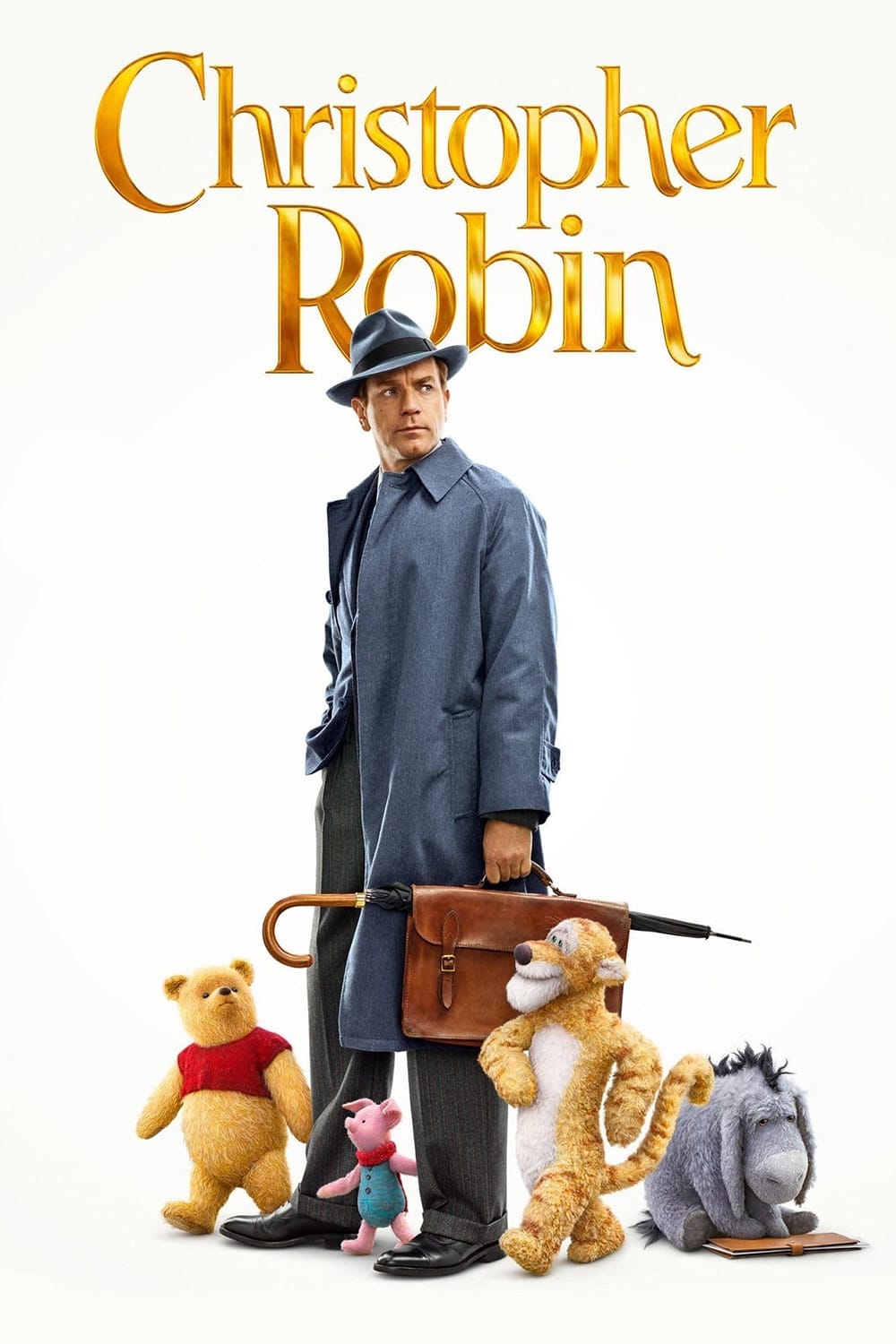 Christopher Robin (2018) is having a nervous breakdown, let’s not pretend anything else is happening. It’s fine because it happens to the best of us, but he has the backing of his childhood friends to see him through.

Christopher Robin (Ewan MacGregor) has grown up and abandoned everything in life considered fun and engaging as works long hours for very little return for a luggage company in post-war England. He has forgotten how to take joy in the simple things, ad he had passed down that joyless nugget of suck to his daughter, Madeline (Bronte Carmichael) before she is to head off to boarding school. When he has to put work before family (again), it’s the last straw for his dutiful if long-suffering wife (Haley Atwell) and she and Madeline leave without him.

This is where the movie really begins.

Meanwhile, Winnie the Pooh has lost track of everyone in Hundred Acre Woods and makes the decision to find Christopher Robin, and how hard could it be? Landing himself right where he needs to be – because that’s how all of this works, he makes it impossible for his Christopher Robin not to help him, because that’s what friends do.

Unlike most stories of childhood playthings forgotten this isn’t just a tale of a man losing his marbles, because frankly, we’ve seen that a million times, Pooh is real. Tigger is real and while they shouldn’t interact with London, they do and absolutely no one knows how to deal with it. That also makes part of this movie very sad because Christopher Robin didn’t just forget toys and an imaginary playscape – he forgot friends. He walked away from friends who loved him and he never looked back, That’s a sock to the feels, right there.

In the movie Hook (1991) in order for Peter Pan to reclaim his internal fire, his kids had to be put into danger. In Christopher Robin, the only one that needs saving is Christopher himself. He’s forgotten how to live in the moment and has set aside the now for the future. He’s forgotten how to play. There is this wonderful scene where he has to convince the denizens of Hundred Acre Woods of his identity by play fighting the dreaded humpalump. Out of sight, it sounds absolutely thrilling. And Eeyore with his fatalist bon mots, willing to accept the outcome no matter how dire, he shows us that sometimes it’s just enough to show up, and his friends love him for all of it.

I think we forget that sometimes.

Kids will love this movie because who doesn’t want their favorite stuff toys to come out to play, and while adults may have a little harder time accepting the whimsey, hearing Jim Cummings voice that silly old bear makes it much easier to settle back and enjoy it. Christopher Robin is clever in the ways that all great movies are clever – quiet asides and unexpected moments of cheerful destruction. No one is kidnapped, no one succumbs to disease and death (okay, one but it’s a backstory), and in the end, smiles and friendship. The movie is run solely on Pooh logic and things simple are they way they must be. It’s extremely satisfying to simply accept things on the word of a bear of very little brain.

As Pooh says, “I would have liked for it to go on a while longer.” It was a wonderful visit.

Christopher Robin (2018) is rated PG for some action, mild scares, talking bears, abandonment, and hunny all over the place.

Christopher Robin is streaming now on the following services:
Powered by JustWatch