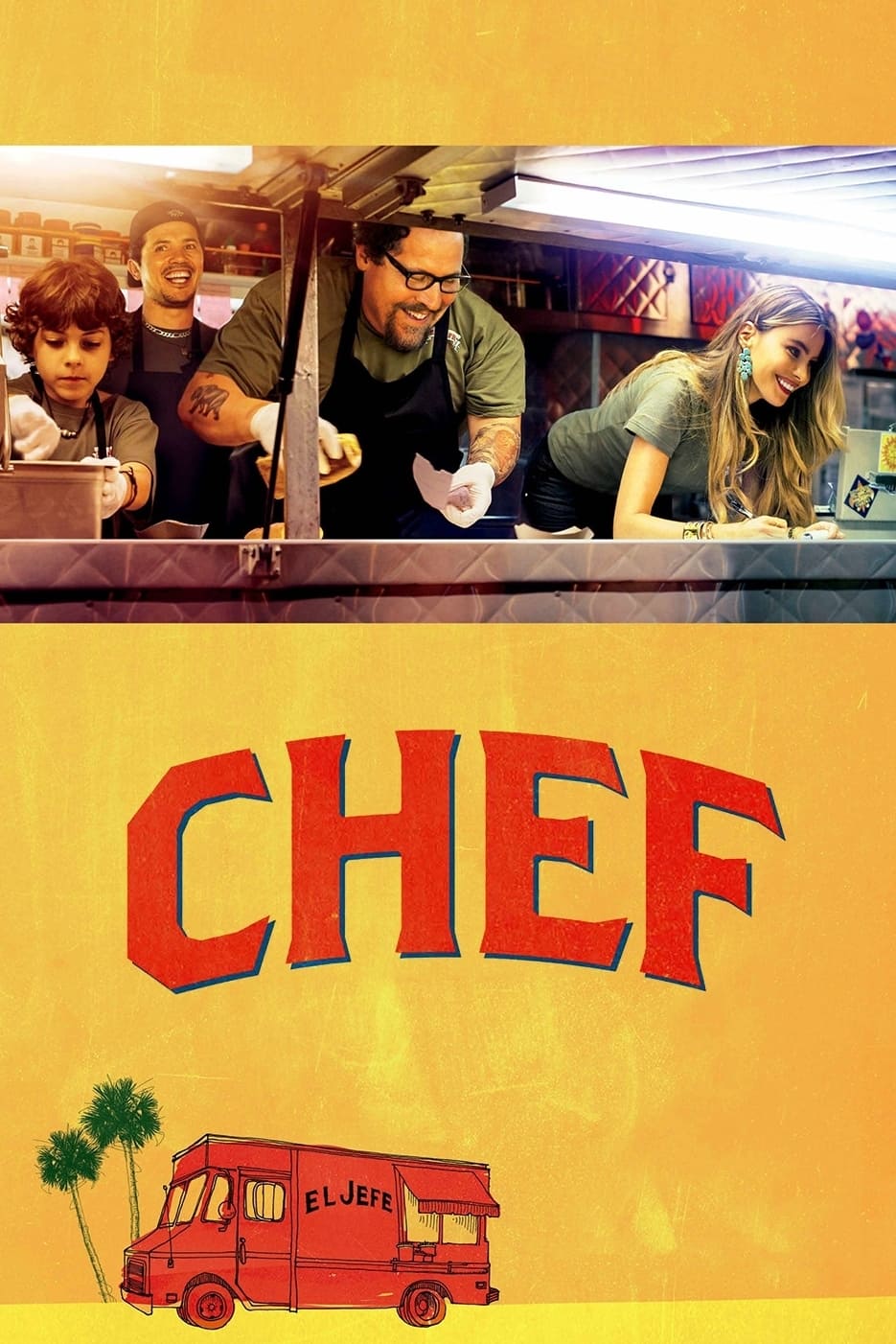 Get Tickets
[hero heading=”CHEF” tagline=”Carl Casper (Jon Favreau) is going through a rough time after losing his restaurant job and having family issues. He decides to turn misfortune into opportunity by starting a food truck and getting his family back.”]

Chef is rated R for language, including some suggestive references. Is this one worth going to see or is it better served as a carryout to be enjoyed at home?

Jon Favreau continues to impress with his work behind the camera. He also finds a way to get big Hollywood names to commit to his projects. Two stars, Robert Downey, Jr. and Scarlett Johansson have worked with Favereau numerous times in Marvel movies. In addition to those A-listers, we are treated to the likes of Sofia Vergara, John Leguizamo, Dustin Hoffman, Oliver Platt and Bobby Cannavale. With this kind of talent, Chef should really take off from a performance standpoint.

During the big budget dogfights of summer there are often some real gems that get overlooked. Chef happens to be one of those titles. The development of the characters throughout the movie, draws the audience in. Before you know it, you have a vested interest and need to see how everything plays out. While this is a comedy, there are more than a few dramatic scenes that set a more serious tone. Every interaction between characters brings more depth and realistic vibe. It’s as though you are witnessing real life events and find yourself rooting for a favorable outcome.

Now let’s talk about the food. The trailer suggests that you don’t see this movie on an empty stomach. I concur. Amazing! Even the pickiest of eaters will find themselves subconsciously licking their lips at the parade of delicious foods shown scene after scene. There’s so much attention to detail, that for a while, you might think you’re watching Food Network. You might as well bite the bullet and pick up some concessions before the showing, otherwise you’ll risk being that person with the growling belly, at the most inopportune moments.

An unexpected strength to Chef is the music. The tracks chosen really set the mood and reflect (for the most part) what is going on in the movie. The soundtrack is out of this world fun, with its Cuban/Southern/Blues-y mash-up of songs. Two artists stand out the most and actually have parts in the movie. Gary Clark Jr. does not have a speaking role but performs a couple of times. Look him up on YouTube. Jose C. “Perico” Hernandez plays Sofia Vergara’s father and along with acting he also shows off his skills as a nightclub performer.

Chef is a very well written movie that simply needs to be seen. Even if you’re not a culinary fan, there are many other aspects of the movie that will draw you in. It’s refreshing to see a body of work that meant something and had a lot of passion behind it. If you’re tired of the violence, gratuitous special effects or sequels/reboots/remakes, my advice would be to give this one a taste.

[/hero]
Chef is streaming now on the following services:
Powered by JustWatch