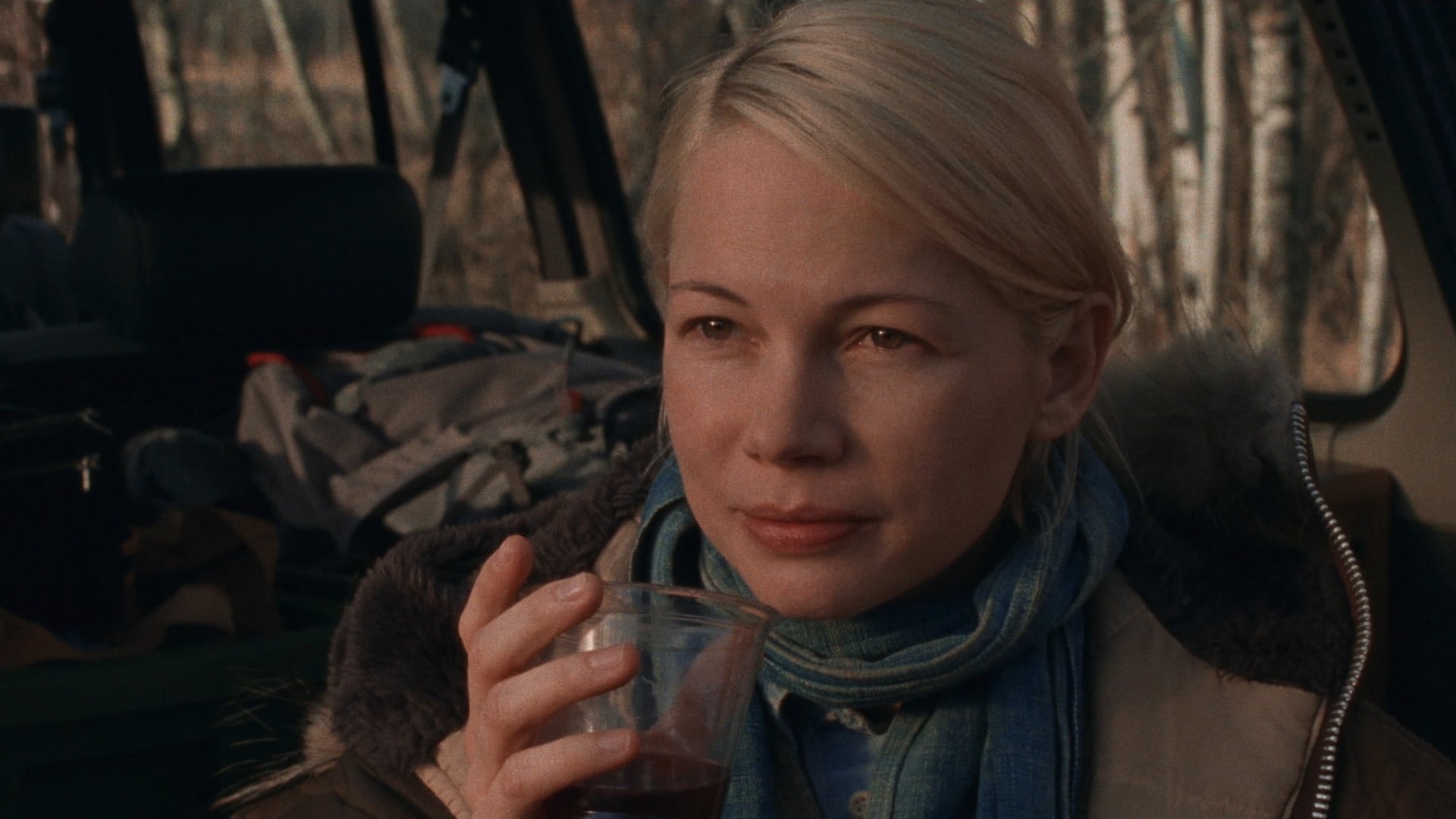 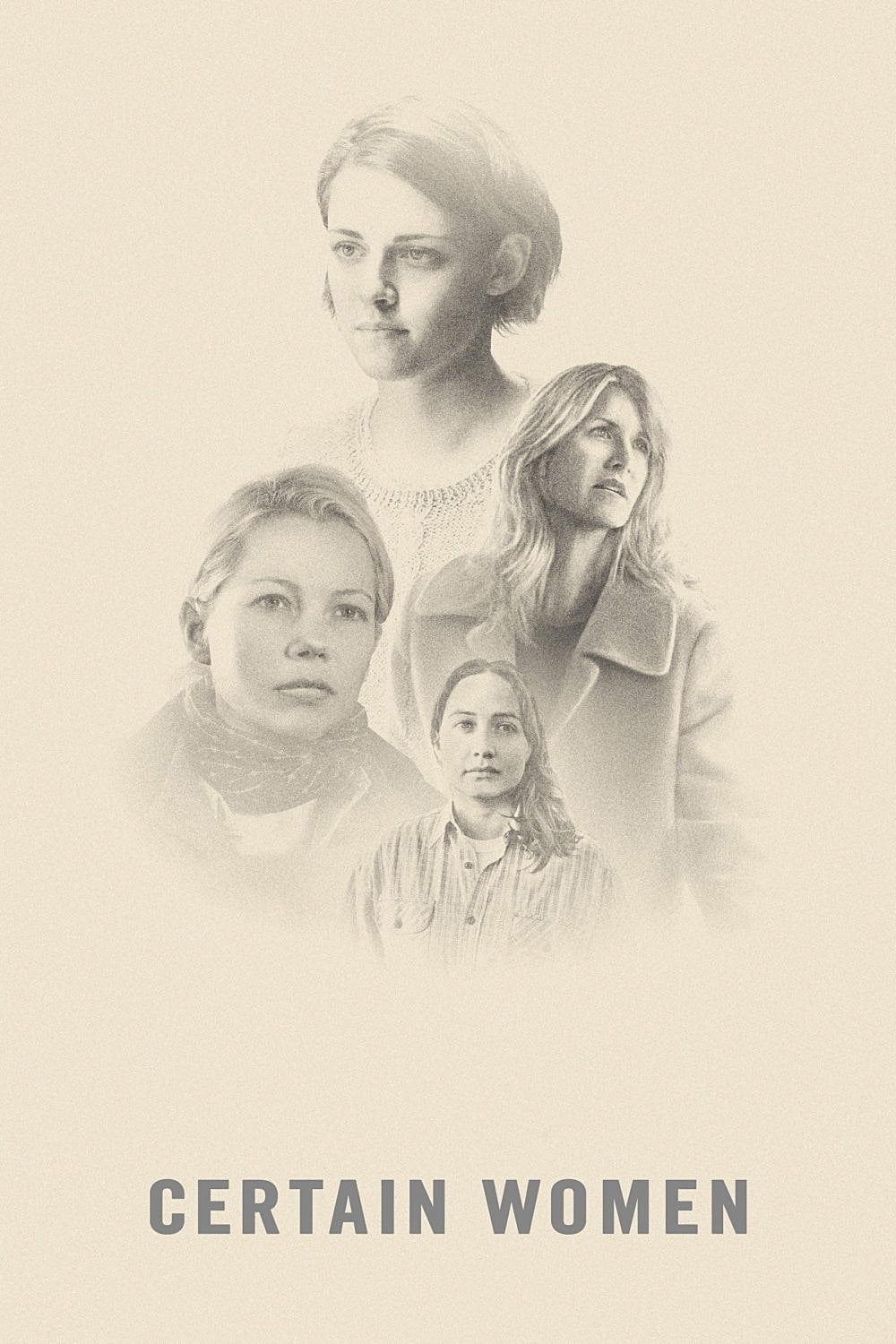 Making a film that is essentially a “day in the life of” snippet can be a risky proposition…unless you have a subject with a fascinating existence, there’s a very real possibility that the outcome can be unbelievably dull. It takes a special kind of genius to make a handful of days for three ordinary people utterly absorbing, but Kelly Reichardt does so without question in Certain Women.

This is a quiet film, one with (one exception aside) no real drama. Any of the main characters could be me or you, they’re simply living their lives. The first is an attorney named Laura Wells (Laura Dern, Bravetown (2015), 99 Homes (2014)), introduced as she and her lover part ways after a lunchtime tryst. Back to the grind, Laura finds her own personal client from hell waiting for her, and we share in her frustration as Fuller (Jared Harris, The Last Face (2016), The Man from U.N.C.L.E. (2015)) simply cannot accept that he will never be able to win a case against his former employer.

The second lead is Gina Lewis (Michelle Williams, Manchester by the Sea (2015), Suite Française (2014)), a wife and mother who is grimly trying to build the house of her dreams on the weekends with her husband and sullen teenage daughter. She is the metaphorical rock that her family depends on even as she goes after an elderly neighbor’s supply of sandstone, determined to have the most “authentic” home possible.

Finally we have Jamie (Lily Gladstone, Subterranea (2015), Winter in the Blood (2013)), a sweet but lonely ranchhand who wanders into an evening class on school law taught by Beth (Kristen Stewart, (Billy Lynn’s Long Halftime Walk (2016), Personal Shopper (2016)). Seizing upon the new friendship, Jamie is quietly devastated when Beth quits teaching the class without warning and decides to seek her out one last time.

The storytelling without words in Certain Women is remarkable, to the extent that all the details I recounted above are presented and understood without any exposition or sometimes even dialogue to convey it. It’s simply unnecessary when we have scenes that convey a wealth of information in a touch, a look or an expression. The colors are bleak and wintry, even the outfits and cars tells us more about these characters than lines of dialogue could.

As previously mentioned, Reichardt’s ability to make a cross-section of life fascinating is unquestionable; I have faith that she could take a day from anyone’s life and make it interesting enough for a movie. Despite clocking in at just under two hours, the vignette style of the three stories (which only tenuously intersect) make Certain Women feel like a short film, and keep the watcher engaged throughout.

Although all three stories are superbly presented, it’s Jamie’s that is the real standout. Gladstone is perfection in showing that Jamie is a lonely and kind character, not a pathetic or dangerous one. Stewart, although not one of the “main” characters, also does an excellent job with Beth, someone who is not intentionally cruel when she quits her night job (due to an eight-hour roundtrip drive), but leaves Jamie crushed nevertheless.

In assessing the entertainment value of this film, it’s important to note that Certain Women is not a plot-driven or drama-filled spectacle. It’s a chance to peek in at three ordinary women, and to appreciate the full slate of talent that could make such a concept engaging and unforgettable.

Certain Women is streaming now on the following services:
Powered by JustWatch