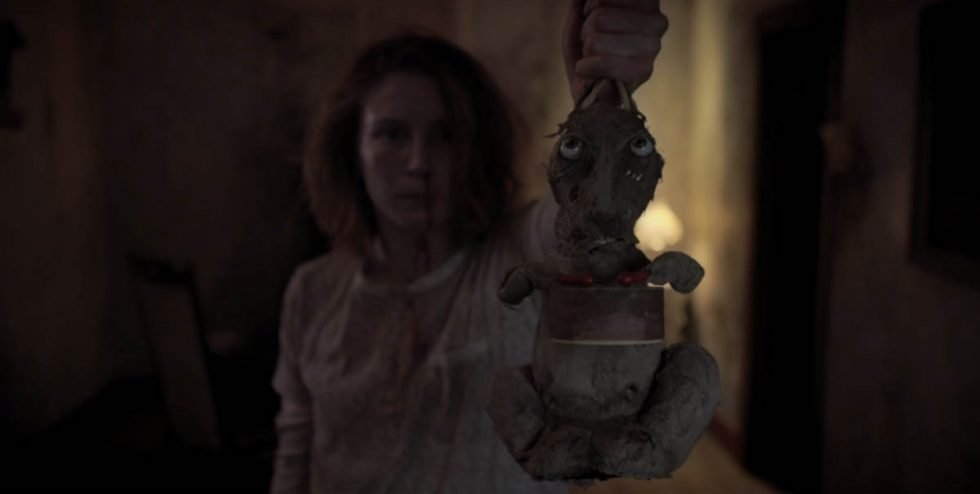 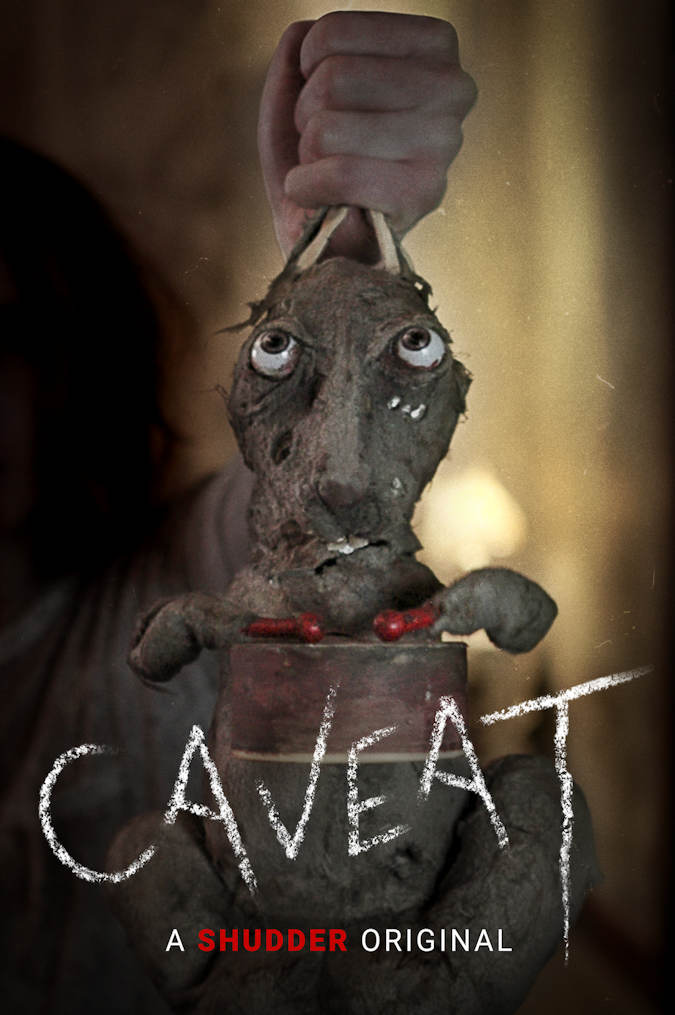 Caveat (2020) feels like the world’s smallest haunted house, isolated on an island inhabited by exactly one person, a gothic horror where the ghost is the past and nothing is ever resolved. .

There is something in the house Isaac (Jonathan French) has agreed to stay in, clearly not in his whole mind in retrospect, but it seems like a lot of money for was easy money so why not. For the next 5 days, Barrett has consigned himself to a leather harness, attached to a chain, tethered to a house that is literally crumbling around him. His charge Olga (Leila Sykes), suffers nosebleeds, is wildly paranoid and secretive, but comfortable in the house where her father shot once himself and her mother has since disappeared. Olga’s uncle, Moe Barret (Ben Caplan) has his reasons for hiring Isaac but promises to return. Isaac cannot leave, not that there would be anywhere to go on an isolated island, and Isaac cannot swim.

Then there’s that dang rabbit, a cross between Alice’s White Rabbit and Donnie’s Frank. A clockwork toy, it beats its little drum when a presence is near, but who or what that presence might be Isaac is never sure. Unable to reliably reach his employer, or free himself from his tether, Olga and Isaac play an odd cat and mouse game with crossbows and keys, often switching roles. Olga plays her own game of hide and hide, going wherever it is mad little women go and we are left with Isaac for more than mere minutes. Why Isaac is in that house, on that island later becomes clear, but his employer’s logic isn’t. As Isaac explores and is provoked by everything in the house he begins to recover his own memories and poor choices and comes to the dark realization that his may be a one-way trip.

Caveat is a slow burn that will not be to everyone’s liking. Folks like their houses thoroughly haunted and their psychological thrillers brimming with psychos. Caveat toes the line with a skeleton cast and a house so dank you can smell the mold through the screen. There are long stretches with no dialogue, only desolate atmosphere, and often Isaac is left to his own devices while his memories knit themselves together. I don’t know if Irish Island Gothic is a thing, but here we are peeling back the mystery like the moldering wallpaper. You may not get all of the answers you came for, but it’s a creepy satisfying ride all the same.

Caveat (2020) is streaming exclusively on Shudder and is unrated, however, called it an R for swears, crossbow shooting, suicide, nosebleeds, and that danged rabbit.

Caveat is streaming now on the following services:
Powered by JustWatch