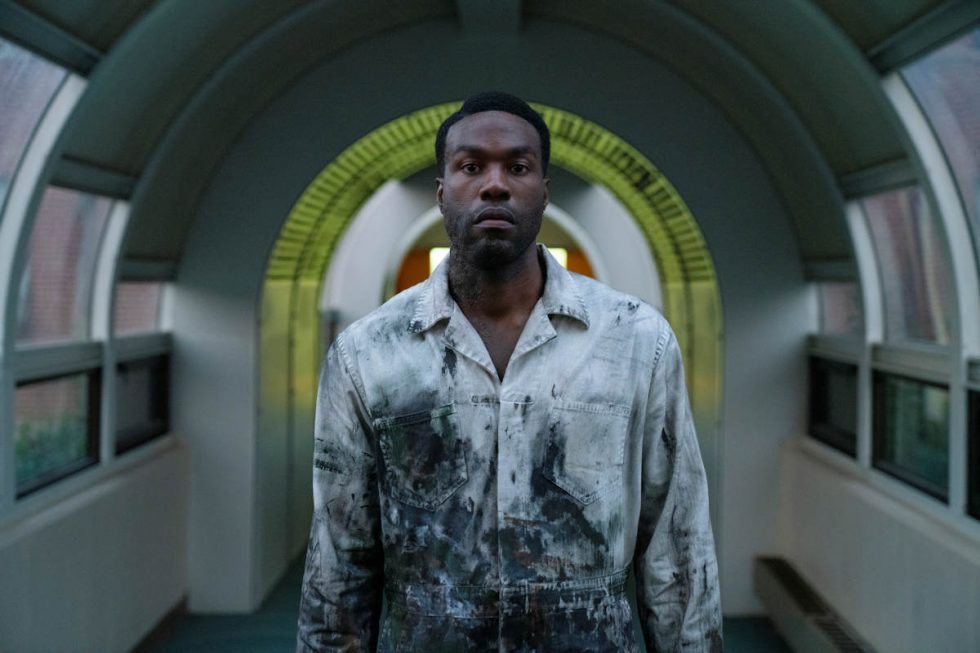 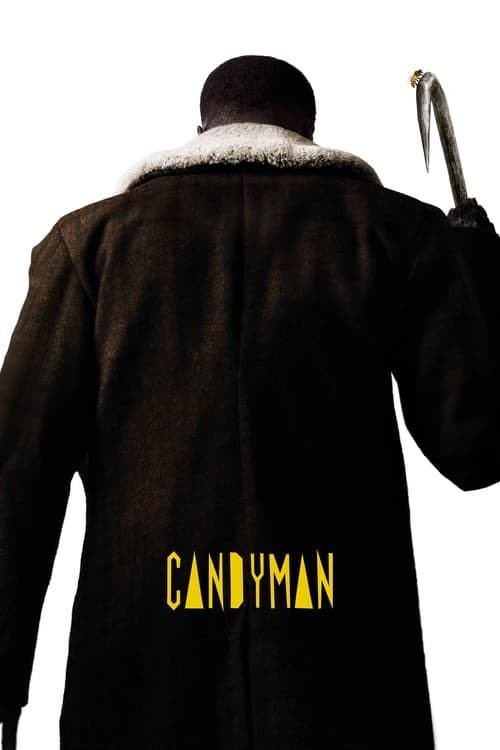 Nia DaCosta refreshes Candyman (2021) by reminding us that Black horror is ancient and eternal and it wants you to say its name.

In this update to the Clive Barker short story, “The Forbidden”, and what director DaCosta is calling a spiritual sequel to 1992’s Candyman, we’re looking at Black horror and black trauma, but not through the eyes of White grad student Helen Lyle as she tried to dig low enough through her privilege to see how “affordable housing” creates boogeymen by recycling crime, poverty, and despair. Instead, it’s experienced by young Blacks with the money and the means to leave behind their own pasts and finding different versions of the same hell, just with more expensive rents. In this reality of Candyman, Helen Lyle (played in 1992 by Virginia Madsen) herself has become a boogeyman, a victim of circumstance and madness in her tale, part truth, part tall tale.

Anthony McCoy (Yahya Abdul-Mateen II) is an up-and-coming artist stuck for inspiration. He wants to expand from what he knows and explore the world. Clive (Brian King), the art dealer, is more interested in capitalizing on Anthony’s “black experience” growing up from the projects and marketing his pain and former poverty. Upon hearing the legend of Helen Lyle, Anthony takes a trip to the original Cabrini Green, now just prime vacant land waiting for developers to capitalize on its gentrified location, and conveniently across the street but a world away. He meets William Burke (Colman Domingo), one of the last remaining residents of Cabrini Green. Burke tells the story of his generation’s Candyman and the violence that bled into the very foundation of the projects, becoming another panel in the fabric of the legend, sinking the trauma deeper and deeper into Anthony’s psyche. As Anthony brings the faces of past victims of violence into this reality with his paints, Candyman, formerly forgotten to time, becomes the corporeal hobgoblin taking the lives of those who dismiss Anthony’s very real experiences and work as clichéd and derivative. It’s meta without the hashtag, a Black Horror Escher that promises trauma is eternal.

A theme woven throughout Candyman is the bank to be made from Black damage. It’s not enough to live it once as Anthony and his girlfriend Brianna (Teyonah Parris) are invited with condescending smiles to relive their personal traumas for the enjoyment of others. The fate of those that gaze upon lynch-porn as entertainment is the most extreme consequence of cultural appropriation, and ladies and gentlemen, I am here for it!

And that, in a nutshell, is what Candyman is – a legend that trades in the currency of pain and neglect to become an entity that won’t be allowed to fade into the ether because it’s just too profitable. This is a story about urban legends, pervasive myths, and the open market price of broken Black bodies for White comfort. It’s not so sneaky about its message of the circular violence in of the largest cities in America perpetuated by the comforting and terrifying myths brought by Whites as well as Blacks. Anthony inadvertently resurrects Candyman clawing for cache and clout, and in Anthony, Burke sees his opening to once again stoke the flames of fearsome fantasy made flesh. Money is made from Black trauma, regardless of who wields the brush.

But you want to know what I think? It took two viewings to nail down my words and it feels like there may be a third. The sharp discordant score sounds like shattering glass falling through an empty elevator shaft, and the liminal spaces of apartment hallways and familiar empty streets feel menacing instead of inviting. Candyman is visceral in its message, and no doubt will split the audience between those who get it, and those who think they get it. The flashbacks are told through shadow puppetry as stark and as it is eerie, connecting 2021 to the 1992 original and creating that temporal boulevard of emotion and memory that divides them. I loved the subtle peripheral motion of shadows and light, the devolution of the mind, the suggestion of eternal suffering that refuses to stay hidden – and isn’t that what Clive Barker wanted to tell us all along?

“At some point, you have to move on”, says Anthony, and he’s not wrong, but in doing so, DaCosta leaves the breadcrumbs for us to find our way back through fables and lore, without having to directly relive that trauma all over again. You don’t have to believe in it for it to be real.

Candyman (2021) is Rated R for lots of throats being cut, offscreen blood, tears, and screams, a suicide, people getting beaten, people getting shot, a necrotic bee sting, and a lot of subtle emotional trauma that punches you right in the brain stem.

Candyman is streaming now on the following services:
Powered by JustWatch