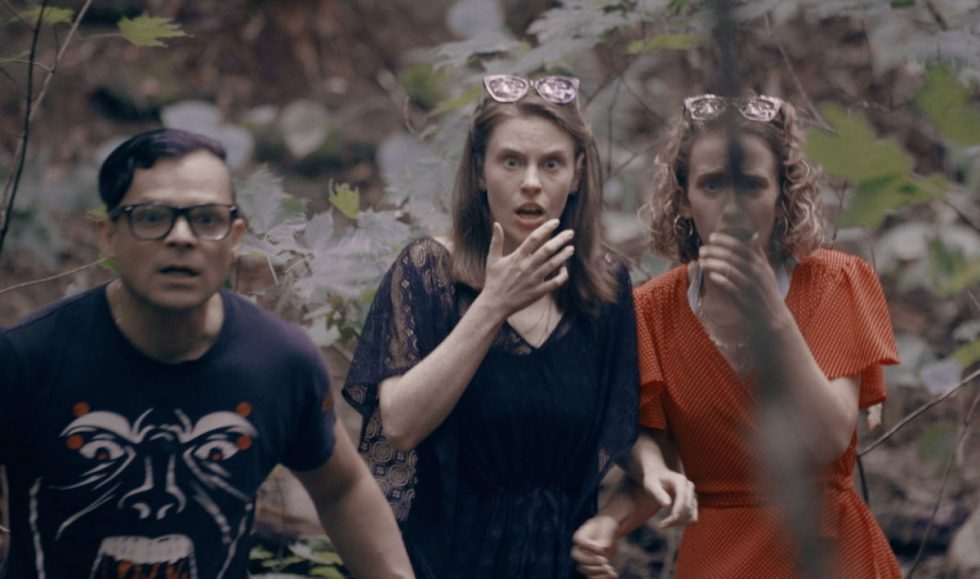 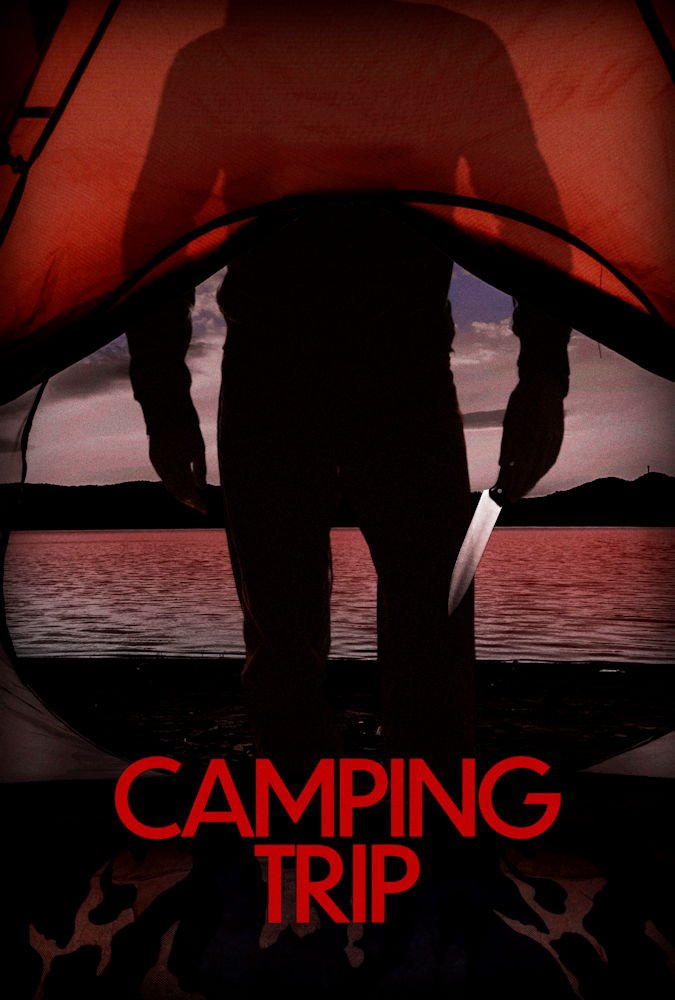 After returning from an afternoon of activities, the foursome stumble across a dead body, the result of an improbable business transaction happening exactly right there in that part of the secluded woods during lockdown. The campers collectively freak out because of discovering the body and a lot of cash, and instead of doing the smart thing (leaving), they do the dumb thing (impromptu dance party) and attract unwanted attention. Camping Trip then becomes, not a battle of wits and race for survival, but a slow knuckle-dragging plod, and don’t look now, but there’s still an hour left in this movie. Adding ridiculous to improbable, the unwanted attention of two heavies Orick and Billy (Michael D’Amico and Jonathan Vanderzon) concocting a story no one with any sense would believe – except our campers, further drags this movie into a test of endurance for the audience.

And when it should be over, it goes on and on and on for another 45 minutes, with nonsensical arguments and ridiculous infighting. This isn’t a horror movie so much as failed group therapy.

The base conflict of Camping Trip is that no one really likes each other and they’re all terrible people. These characters are movie “friends,” disparate personalities that screenwriters throw together to create conflict, and the relationships feel shoehorned and inauthentic. Acting and dialogue look and sound like acting and dialogue, by which I mean unnatural and heavily scripted. There is a lot of talking and a lot of yelling and none of it propels the “plot.”

Whether that’s the fault of the actors lacking both imagination and anything to work with, or the directors being too inexperienced to coax believable performances out of their actors, is anyone’s guess.

In contrast, scenically, Camping Trip is idyllic. Glorious vistas of lush, green serenity set the tone for quiet and solitude. The practical effects are top-notch, for as few as they are. What Camping Trip doesn’t have is a tight story with compelling characters or a well-written screenplay. It could take place at a backyard party or a mall, it’s so generic. At 105 minutes, it’s also too long for the story and too talky and shrill for the genre..

Camping Trip devolves into cinematic navel-gazing as “artsy” shots are repeated throughout the film. There are the repeated 360-degree pans of the camera, first as it descends from overhead to the opening scene, and again as the movie closes. These shots mostly scream – “we have a drone!” Take out the long driving, the long expository drone shots of deserted waterways, and montages of people enjoying themselves, and you have four young adults tragically bored with their own company who defy the law and have no one to blame but themselves for the consequences.

This is a Camping Trip no one wants to take.

Camping Trip is streaming now on the following services:
Powered by JustWatch