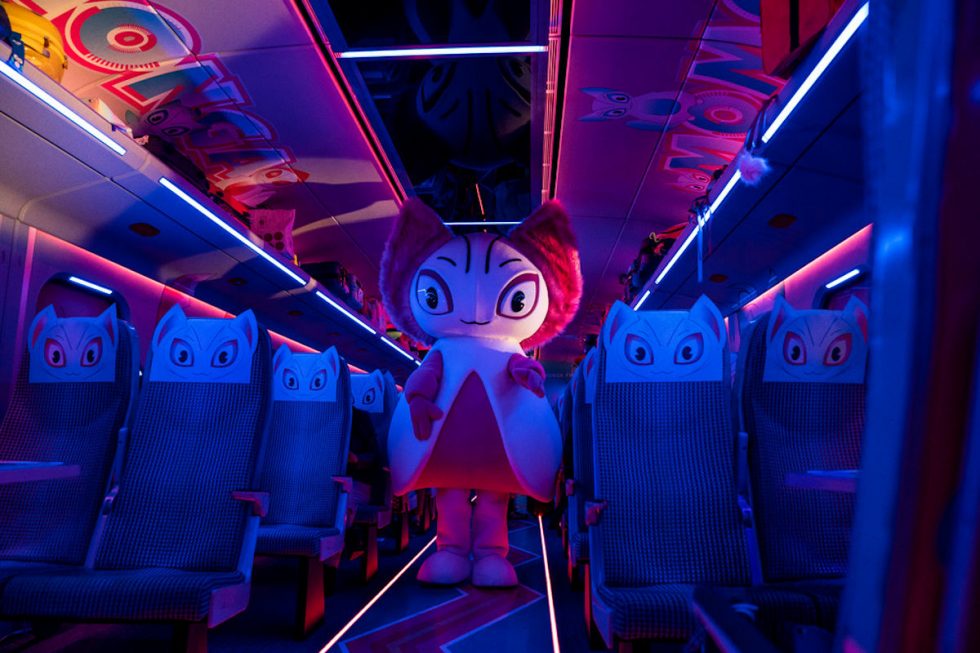 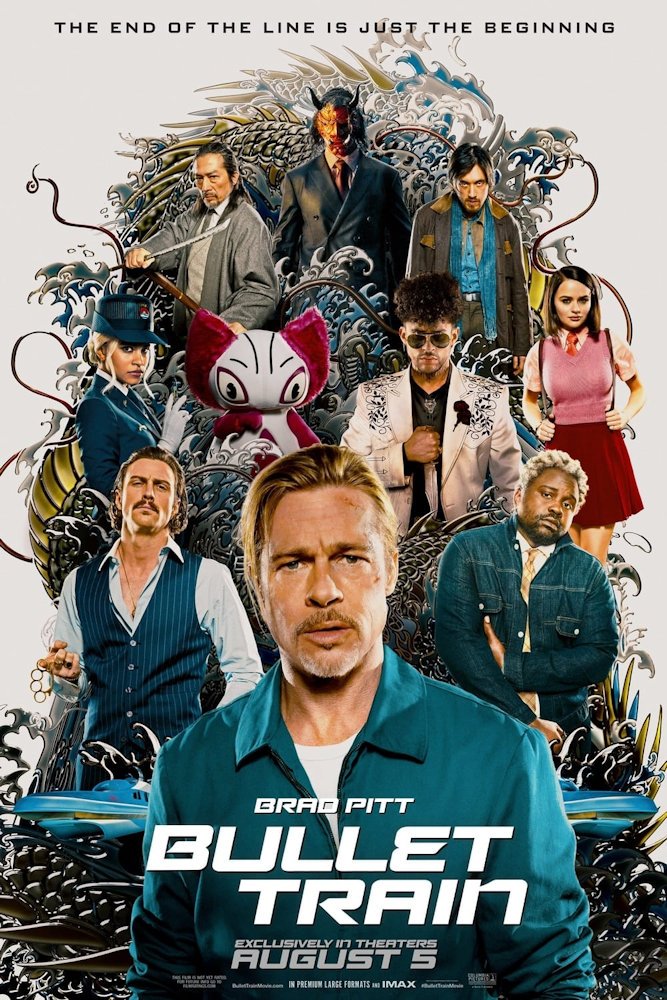 In the spirit of all of your favorite high-octane films, Bullet Train (2022), delivers the goods on schedule.

Ladybug (Brad Pitt) is your semi-retired spook. Believing he was a magnet for death by the number of people who died around him, he’s looking for more pedestrian opportunities in the Professional Criminal industry. After some time away and intensive introspection, he is back in the game. Easing back into things, he’s assigned a simple briefcase heist aboard a high-speed bullet train, so called because they can fly along the tracks at well over 200+ mph. Ladybug has reservations about the ease of the heist, but he’s filling in for Carver, who’s out with a stomach thing, and because every good turn deserves another. Helping him every step of the way is his handler, Maria (Sandra Bullock), an omnipresent voice in his ear acting as his navigation guide, moral compass, and constant therapist. Ladybug’s job is simple – retrieve a silver briefcase that contains a lot of money for a pickup to be determined later. What Ladybug and Maria don’t know is there are five other assassins on board – The Wolf (Bad Bunny), Prince (Joey King), The Twins, Tangerine (Aaron Taylor-Johnson) and Lemon (Brian Tyree Henry), and the Hornet (Zazie Beetz) – all also after the same silver briefcase. Further complicating matters, is yet another on-board assassin, Kimura (Andrew Koji), who doesn’t have anything to do with the briefcase, but has a personal score to settle that could slam the brakes on the whole affair. All Ladybug has to do is get off at the next stop with the case and his mission is complete, but he’ll have to fight some very motivated peers just to make it to the next car.

You’re not going into Bullet Train believing you’re getting anything deep and introspective, and considering this is from the director of John Wick (2014) and Deadpool 2 (2018), that’s completely fair, but this isn’t just a “turn your brain off and enjoy the fights” movie. There’s a surprising level of smart foresight that the characters are more than just targets for guns and knives. Ladybug keeps himself steady by reminding himself that heists are better for the soul than killing. Tangerine and Lemon are brothers who bicker constantly about everything from Tangerine’s “shoot first and sort it out later” attitude, to Lemon’s obsession with the children’s show “Thomas and Friends” and its characters (he even has stickers). The Wolf has a tragic past and is now vengeance personified. The only two empty souls are Prince, as the dark horse, and Hornet – who both have the least amount of character development.

Maria is #goals and who I want to be when I grow up.

Yes, the 21st century is full of equal opportunities for men and women, but women still get the short end of the stick when it comes to original innovations in undercover style.

Based on the very layered and darkly comic novel “MariaBeetle” by Kōtarō Isaka, Bullet Train at times can be dialogue-heavy, but the conversations flesh out what could easily be two-dimensional cutouts that kill people. There isn’t an incompetent assassin in the lot, all are driven by greed or purpose, and all are very skilled at what they do, which is why it’s fun to watch. How do clever professionals outsmart each other when they don’t know the other players on the board? How much is dumb luck and how much is experience and initiative? It feels like the underlying beauty of the entire operation.

The choreographed fight sequences are complicated but well-executed, and there is very little gunplay, which considering the source, makes sense. Guns are difficult to come by in Japan, so the likelihood of everyone carrying would take out some of the spice. Ladybug, for example, deliberately leaves his gun behind, since to him, it won’t be that kind of job and he’d rather not invite that kind of trouble. In the enclosed space of the 16-car train, it at times feels claustrophobic adding to the intimate atmosphere.

This was a nice change of pace from movies that want you to think about stuff. Bullet Train lets you not think about stuff, and then gently reminds you of the stuff you do need to remember.

Bullet Train is streaming now on the following services:
Powered by JustWatch