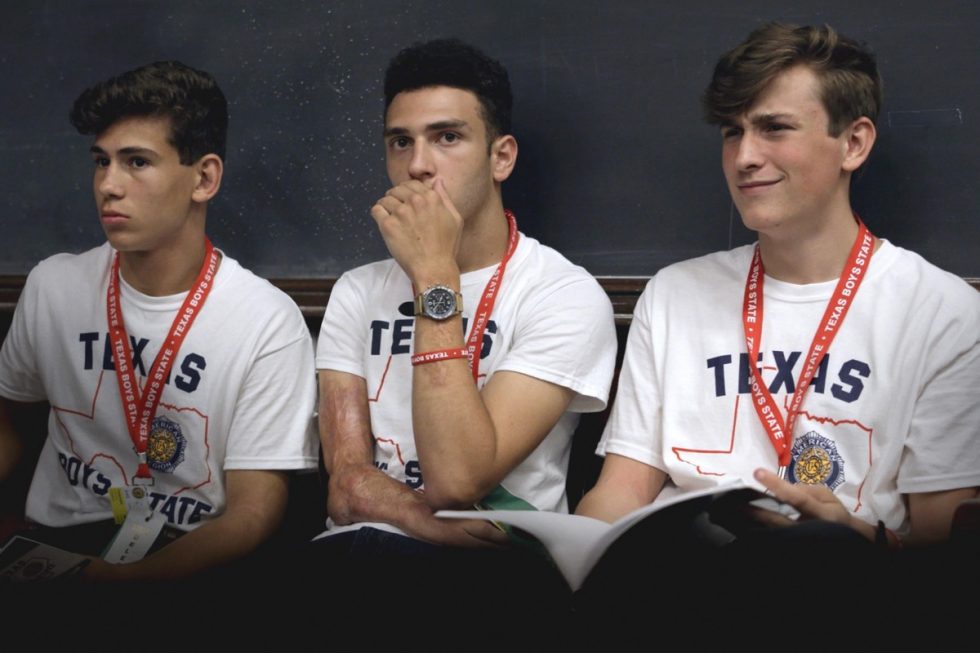 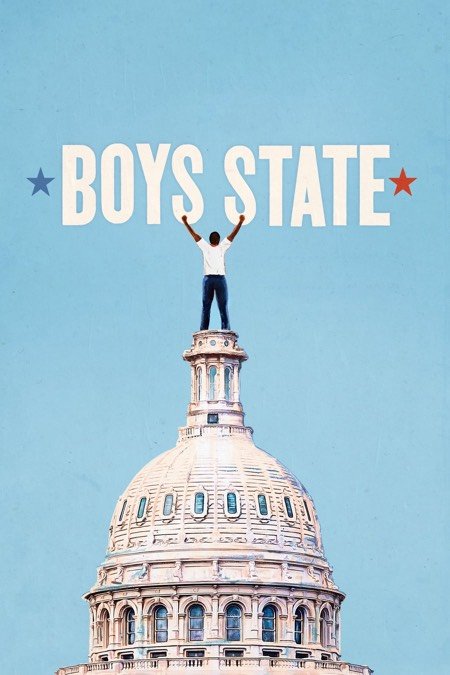 “Children are the world’s most valuable resource and best hope for the future.” – John F. Kennedy

Each year, the American Legion sponsors “Boys State,” a week-long program to allow high school boys to design and operate a government authority. Established back in 1935, this crash course in politics has hosted some of the most prestigious (and controversial) figures in history, including Bill Clinton, Dick Cheney, and Rush Limbaugh.

Boys State, the new documentary from Apple TV+ and recent Sundance documentary victor, follows 1,100 (mostly) conservative 16- and 17-year old young men as they descend on Austin, TX, to form their own government. Divided into two parties, Federalists and Nationalists, the two parties, must work separately to hold primaries, develop a governing platform, and attempt to get their party member elected in the upcoming mock election.

The 110-minute documentary focuses on four principal characters who play a crucial role in their party’s success. Robert MacDougal is a handsome, cocky Republican whose personality closely mirrors Clinton’s ability to win over others with a warm smile and friendly demeanor. Steven Garza, the son of an immigrant, is a progressive among conservatives, who looks up to Napolean but lacks the confidence he so admires in his hero. Ben Feinstein, a double amputee as a result of a childhood case of meningitis, is a political whiz who owns a Ronald Reagan talking doll, enjoys studying political speeches, and possesses a take-no-prisoners attitude. And Rene Otero, a Chicago transplant, is a gay, black, sometimes brash teen with skills as an orator that feels like a cross between Barack Obama and Lin-Manuel Miranda.

At times, the Boys State program feels like a cult with the boys grunting, hooting and hollering, appearing mob-like at rallies, and exclamations like “our masculinity shall not be infringed” — but then again, that’s not much different than a presidential address or national convention. Other times, the political infighting is set aside to allow the teens to act their age, whether that be through a cheesy talent show or proposing the letter W be replaced with Dubya (in honor of George W. Bush, of course).

The documentary is most interesting when it progresses from the primaries to the general election. With most of the boys acting civil during the primaries, the gloves come off as polling nears. Taking a page out of the political playbook these kids have frequently studied, ‘shock and awe’ strategies are established. Talk of pummeling the other party is commonplace, and threat of impeachment is expected.

A microcosm of the larger society shows that while some of the boys attending this unique program could be our future leaders, they sadly resort to similar tricks used today by their elder statesmen. This behavior suggests unscrupulous political scheming won’t be changing in the decades to follow. Spoken like a decades-long politician, Rene states, “I feel like everybody has a secret underlying need for bipartisanship. So I think running a campaign of bipartisanship and being as inspecific (sic) as possible” is the most effective way to integrate himself amongst the other boys. Robert later proclaims, “You gotta say what you gotta say in an attempt to win.” Ben defends his tactics by saying, “You have to use personal attacks, and you have to find divisive issues in order to differentiate yourself at all.”

If Boys State has anything to say about the future of politics, it’s that today’s children may not be our best hope after all. As a referendum on this film and the recently released Slay the Dragon as uncomfortable, eye-opening experiences you need to see…count me as “aye!”

Boys State is streaming now on the following services:
Powered by JustWatch