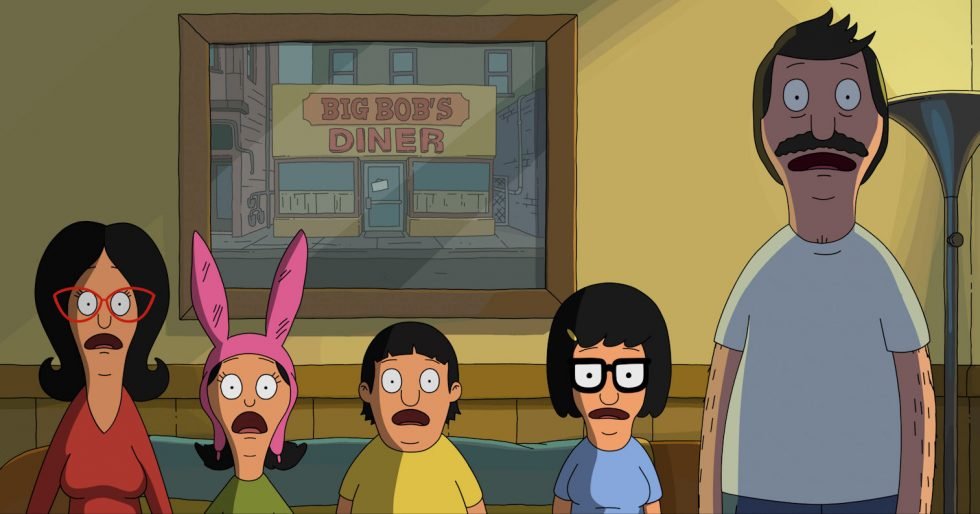 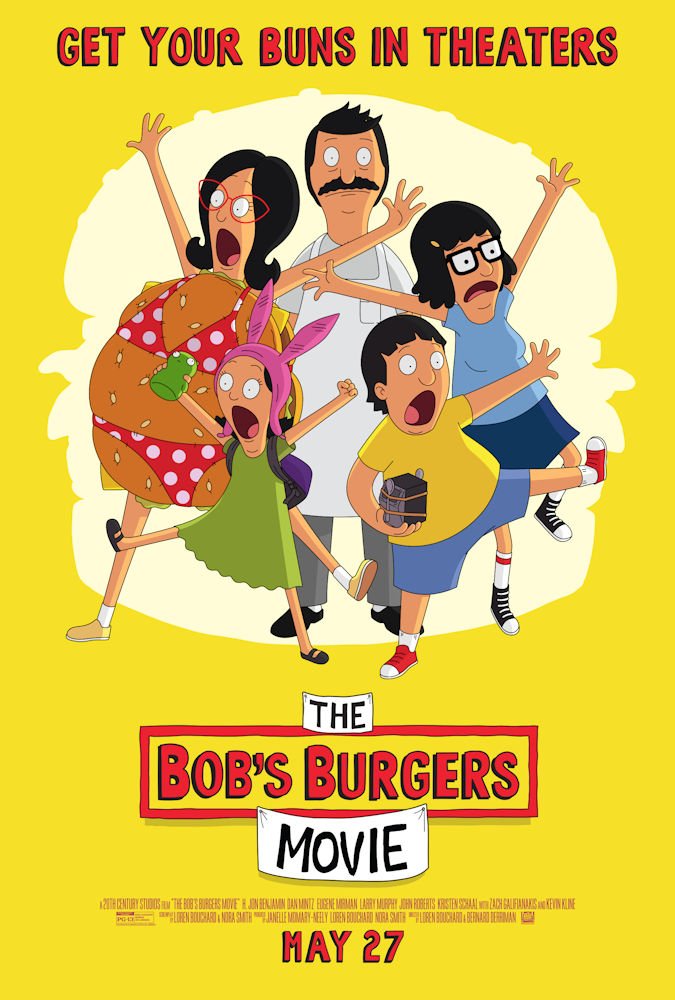 Bob’s Burgers (Fox, 2011-Present) is one of those shows you either know about and quietly celebrate, or don’t and can’t understand why there’s a theatrical movie based on a cartoon you forgot was still on the air. Usually, I’d say, if you’re not a fan, skip it, but not in this case. The Bob’s Burgers Movie (2022) is a rare example of possibly going in blind and still having a great time.

Bob Belcher (H. Jon Benjamin) and his wife Linda (John Roberts) run a little dive-ish gourmet burger joint near the Wonder Wharf that struggles, but at least sort of covers the rent. When a giant sinkhole opens up in front of their restaurant, killing walk-up traffic and their chances of making a loan payment, Bob descends into a spiral of self-doubt and anxiety, while Linda and obsessive diner regular Teddy (Larry Murphy) work on bringing money in. Meanwhile, 13-year-old Tina (Dan Mintz) thinks about taking the next step with Jimmy Jr, that is, making him her Official Summer Boyfriend, but the very idea plagues her with her own doubts about the real thing meeting the lofty expectations of her Erotic Friend Fiction Fantasy (oh, it’s a thing). Finally, nine-year-old Louise (Kristen Schaal) gets called the “B” word on the playground – (“baby,” if you must know) and worries if it might not be time to give up her signature rabbit hat for good. 11-year-old Gene (Eugene Mirman) is Gene, driven to play at the Wharf’s bandshell and wonders if his band, the Itty Bitty Ditty Committee has what it takes to wow the crowds. Adding to the general chaos, when a body is found in the sinkhole, Louise decides it’s her one way to save the restaurant as well as provide to everyone how brave she is. The results are not as typical as you might think.

Unlike some television shows made into two-hour movies, The Bob’s Burgers Movie actually feels cinematic, but if you’re a regular viewer, you’ll already know that the series doesn’t feel like just any old half-hour situational animated comedy. Going into its 15th season, it remains one of the funniest, most relatable shows on television, far surpassing The Simpsons (Fox, 1989-Present), which some would argue stopped being relatable while remaining the anchor of Fox’s Sunday night programming. Bob’s Burgers touches on the stresses of running a restaurant, running a restaurant with family, creative blocks, industry rivals, teen angst, and life in a small seaside town where everyone is either a master criminal or recovering felon.

Be forewarned – The Bob’s Burgers Movie is also semi-musical, with lively dance numbers and impressive animation. Lots of running backstory is revealed, like the where the carnies go after the lights are off at the Wonder Wharf and the origins of Louise’s hat, but The Bob’s Burgers Movie doesn’t stray from a formula that has worked so well for it over the past 14 seasons. At its heart, it’s a family-centered show about working-class people in dire situations that they often create themselves. Fans of the show will enjoy the background jokes, the rapid-fire dialogue, and the brief (heh) cameos of the neighbors that comprise the wild local color.

The Bob’s Burgers Movie is a complete story with fun sight gags, music, and a mystery that doesn’t feel dumbed down for the sake of an animated film. It’s a strong recommend for fans and newcomers alike.

The Bob's Burgers Movie is streaming now on the following services:
Powered by JustWatch