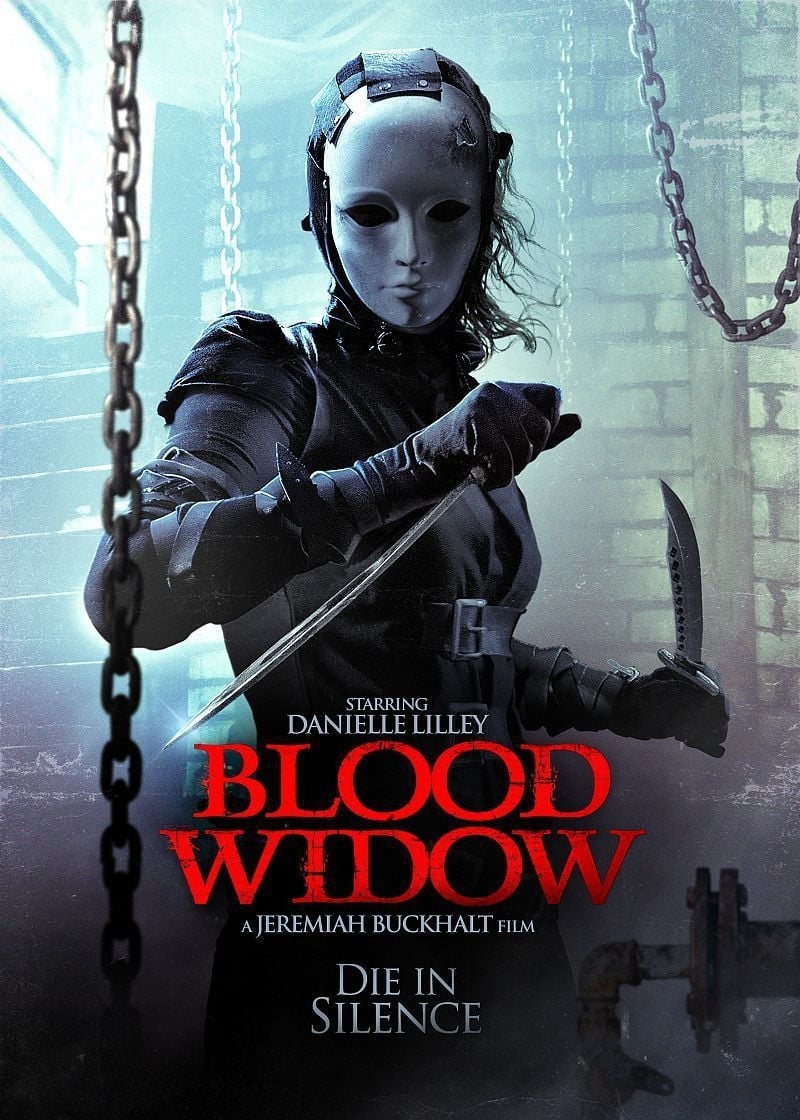 Get Tickets
[hero heading=”BLOOD WIDOW” tagline=”What’s the first thing you should do after buying a weekend home in the middle of nowhere? Go exploring around the vacant house next to you of course. Nothing bad ever comes from stuff like that.”]

Laurie (Danielle Lilley) and Hugh (Brandon Kyle Peters) have just closed on a new place where they can spend some away time as they see fit. They bring along several friends to help with the moving-in process. What Laurie doesn’t know is that Hugh has a weekend bash planned to christen the house. What no one knows is that the adjacent property has a dark murderous secret lurking about, waiting for fresh prey. Blood Widow is unrated but contains adult language, strong violence, gore and nudity.

What’s that old saying? Curiosity killed the cat? Well in the case of Blood Widow that’s exactly what happens. The overall feel of the movie is your typical 80’s/90’s slasher type. You know, the ones where poking around where you don’t belong gets you killed. Having sex gets you killed. Not heeding obvious warnings gets you killed. Well you get the idea here. You just get killed.

Lead actress Danielle Lilley is definitely the strongest actor of the bunch. Actually, she’s probably the strongest actor due to her love for fitness training. She seems quite comfortable with her action scenes, making what was portrayed on-screen as more believable. The other performance worth mentioning is that of Gabrielle Ann Henry who plays the Blood Widow. She does not speak, but the way that she handles herself and moves so fluidly with a childlike curiosity, is very creepy in its own way. The white, emotionless mask she dons throughout the movie has an eerie look to it. The fact that she never speaks only kills gives a greater sense of impending doom.

If you’ve got a hankering for a horror movie that’s a little off the beaten path, head out to your closest Redbox and pick up a copy. Blood Widow will be available for rental as of June 3, 2014.

[/hero]
Blood Widow is streaming now on the following services:
Powered by JustWatch