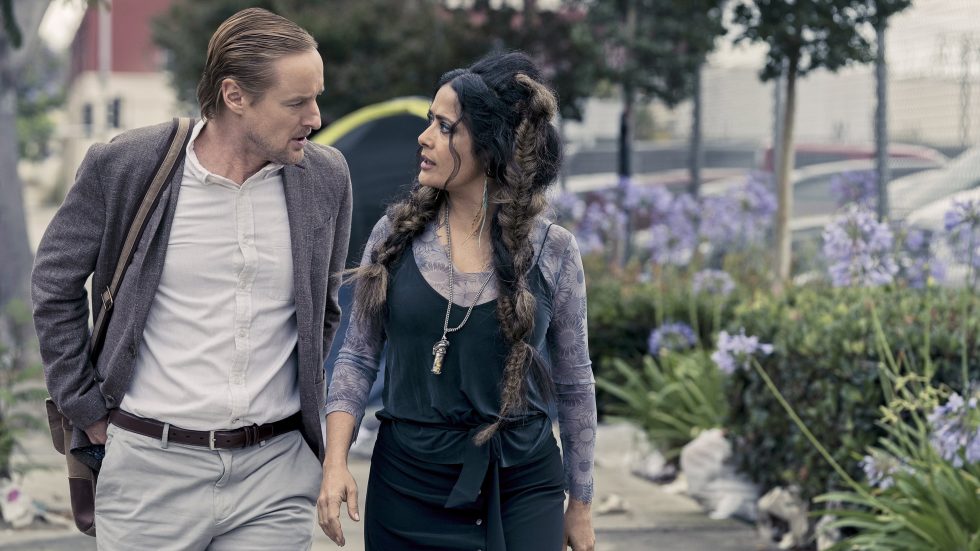 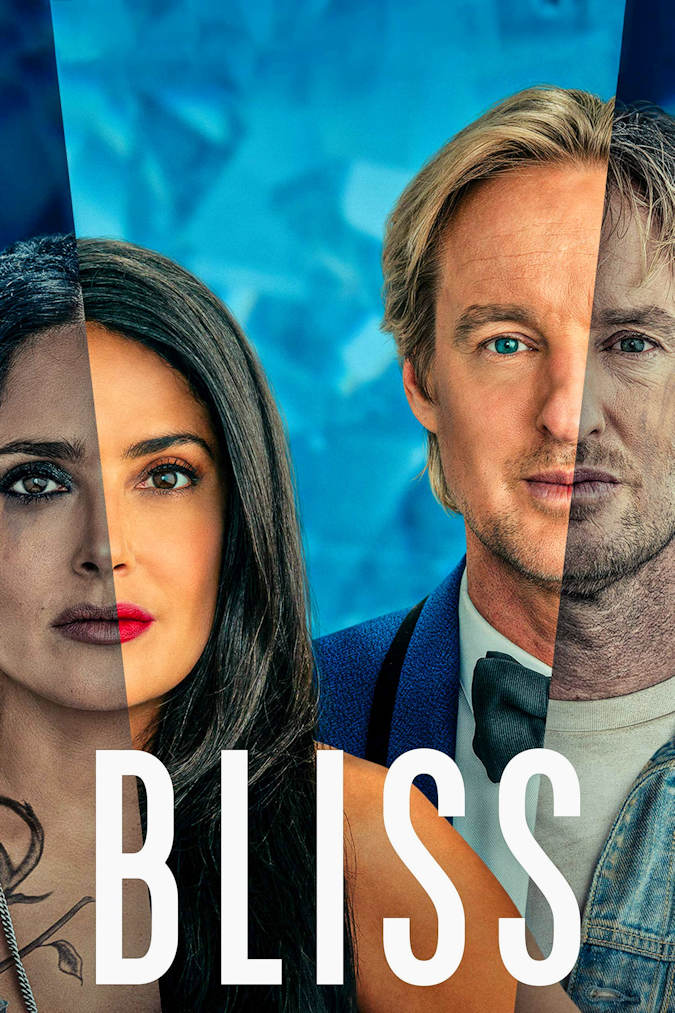 In Bliss (2021) premiering exclusively on Amazon Prime, Greg (Owen Wilson) is clearly on the verge of a psychotic break. He can’t stop thinking about his imaginary home on his imaginary beach, while his family life crumbles and his job is ready to kick him to the curb. He meets the enigmatic Isabel who convinces him that neither his troubles nor his family are real and whisks him away to a semi-fantastical (if wholly transient) world on the margins of society. When Greg has had enough of the wild freedom of hand-to-mouth living, Isabel yanks him from literally everything he thought he knew to a paradise where artists and scientists blend in an intellectual utopia. Greg is disoriented as he finds himself a genius inventor, married to Isabel, now Dr. Clemens. She has created a Brain Box, a machine that connects spoiled privileged people to “memory echoes” of before, when the world was dirty with harsh, violent edges. She believes with the heart of a zealot that if everyone could simply remember how bad things were, they would feel grateful for the now. She wants everyone to be happy, even if she’s not super ethical about her methods. As expected, things aren’t ever quite as they should be and what is real is a blurry mess around the edges.

Mike Cahill pens a twisted love story that toes the line between the brightly lit Heaven on Earth and the dark, gray skies of his psychotic break. Owen Wilson plays the harried, confused, and utterly lost Greg, a man who isn’t happy when not immersed in the bright utopia of learned people and clear blue water. He can appreciate the easy living having lived in a tent city and dependent on the kindness of strangers to get a sandwich. His one regret seems to be the loss of his daughter, Emily (Nesta Cooper), who in another reality believes him a lost soul slipping through the cracks of mental illness and addiction. Salma Hayek is Isabel, both untethered free-spirit, and brilliant scientist who has convinced Greg and her volunteers that Brain Box is the shot in the arm selfish people need. Unfortunately, her theories are ultimately untested to the theoretical final conclusion, leaving fates unknown and everyone at loose ends.  There is plenty of ambiguity as to which side of the story you believe, as both feel tragic and unfinished.

I was very moved by the optimism and hope of Greg navigating his old/new experiences and then embracing his former/fresh ones, at first enjoying the freedom that came from the unreal sensations and reorientation, then slowly losing his new-found appreciation. Greg and Isabel are a desperately tragic romance doomed by mental illness, addiction, co-dependence, and separation. Wilson feels like a dad trying to hold it together despite problems he knows he’s caused yet can’t fix. His connection to his daughter feels real while their worlds flicker in and out. Hayek meanwhile is the all-knowing if the decidedly more unstable head of this operation. You want to believe what she says about the world being unreal while at the same time hope she can get someplace safe for the night. Their kismet connection feels tangible, and when it’s all over as ambiguous as ever, you know it’s better to believe the ending that makes you less sad.

Bliss is loosely billed as science fiction.  Isabel’s when and the technology that gets her there and back are would throughout the 2nd and 3rd acts. Without the technology that gets her around, you’d only have a tale of homeless people who get into fights in bowling alleys. Add in the yellow and blue crystals injected violently into the brain and that’s nearly as exciting as it sounds.  It is however a deeply passionate drama and flirty little romance. I smile when I think about it.

Bliss is streaming now on the following services:
Powered by JustWatch