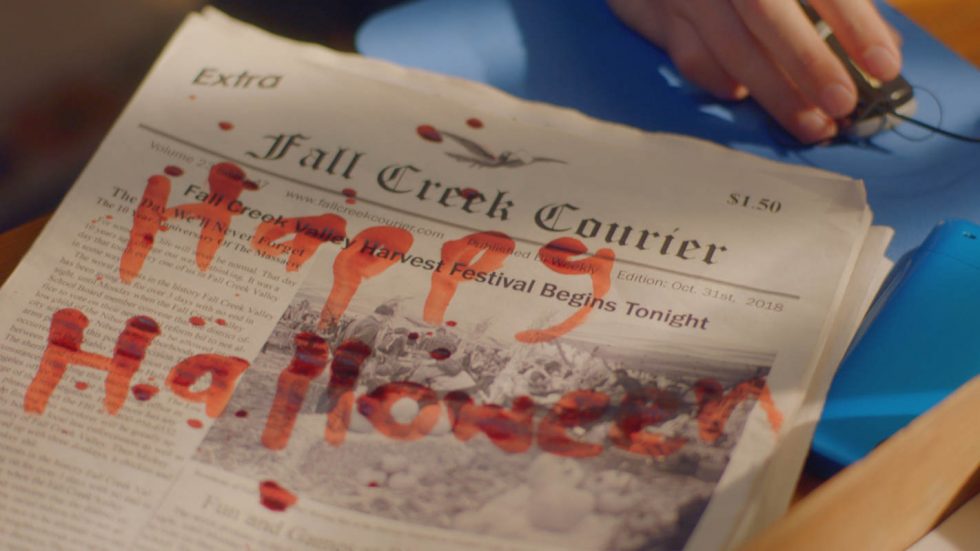 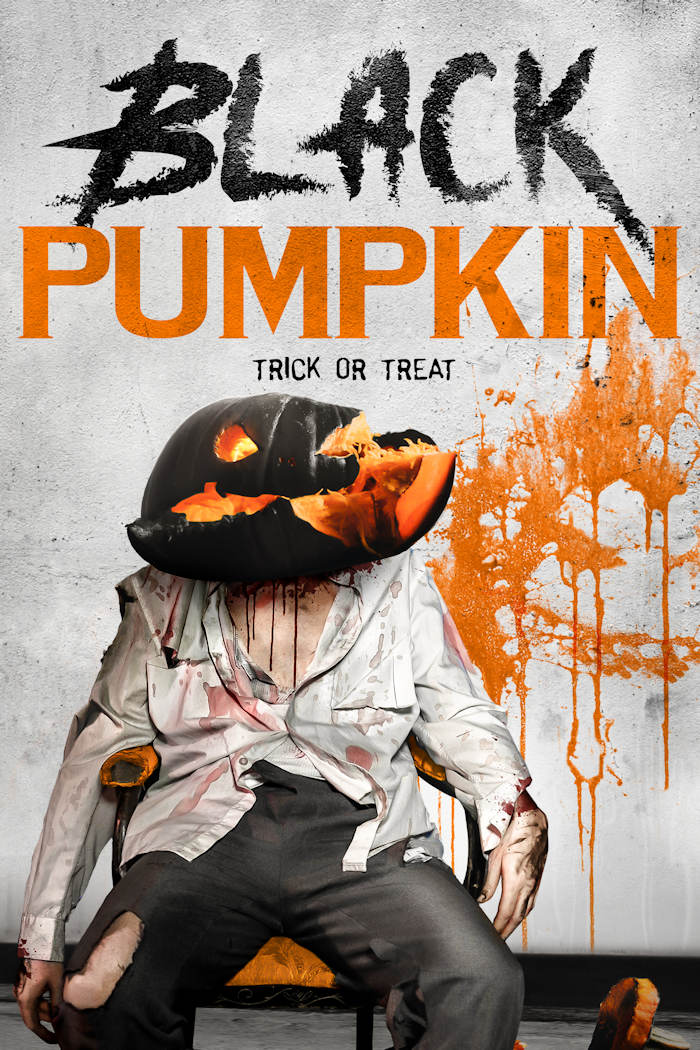 Black Pumpkin (2018) about a spree killer who disappeared on Halloween Night 1988 returns for reasons unknown.

What feels like a mashup of any straight to DVD teen horror film, pre-teens, Elliot (Dogen Eyeler) and Pork Chop (Grayson Thorne Kilpatrick) do a class project on Diablo’s Den, a place in Fall Creek Valley with some level of reputation. Warned by gun-toting Conspiracy Theory Jesus (Curt Clenedenin) to stay away because a rarely seen local murder legend Bloody Bobby might come back. Teens partying up at Diablo’s Den are the first to get it, then very selected people follow suit. You can tell by their nose bleeds – a point that makes no sense, but I guess could be a call back to a movie you likely haven’t seen called Bloody Bobby (2016).

PRO-TIP: continuing a series based on a movie no one has seen, might need some backstory.

Teens have sex, no one locks their doors, and people predictably die. It hits all of the hallmarks of 80s teen horror, and that’s not necessarily a good thing. We’ve seen all of this before, and I mean all of it, right down to the Carpenter-esque soundtrack. We have clips from the standard “Night of the Living Dead and Plan 9 from Outer Space to the characters being named Laurie and Reagan, and a character that looks like Sam from Trick R Treat. There’s even a candy ad with a repetitive jingle. Saying it’s derivative is being kind. So much of it doesn’t make sense, like a vaguely supernatural element that is or isn’t there, characters who don’t run when in danger, characters who lack peripheral vision, so if you’re into movies where you can make out with your Significant Other and not miss much of the “plot” between screams, Black Pumpkin is for you.

Let’s focus on the positive. The sound is well-balanced, very little of the blood is created in post-production, and there’s likely not going to be a sequel. *checks imDb* …oh…

If we’re being honest, this is mostly a script and directing issue, not an acting issue. Low production value aside, it had the potential to be a really fun movie, but there was so much off about the story I couldn’t find it enjoyable. I love to see actors putting their all into a project and that’s really what you get in Black Pumpkin, even if the material they’re working with needs a lot of all.

Black Pumpkin feels horror-fan made, and while I can appreciate the effort, there are literally dozens of movies just like this littering Amazon Prime. This would have worked great as a short film, but at 91 minutes, with a lot of that empty development of doomed characters, it was too long to see the same deaths and poorly color-corrected blood. I would have liked to see something new.

This is standard teen cheesecake with kids swearing, but it’s light on gore. I give Uncork’d Entertainment lots of credit for picking it up and releasing it to the masses, because without outfits like UnCork’d, we’d never see it.

Black Pumpkin (2018) is unrated so let’s call it R for swears. people getting stabbed, people getting set on fire, people getting shot, simulated sexy times, lots of shots of Ellie Patrikios’ butt, and lots of over the top acting by a yard-sale killer in a Wish-ordered costume.

Black Pumpkin is streaming now on the following services:
Powered by JustWatch