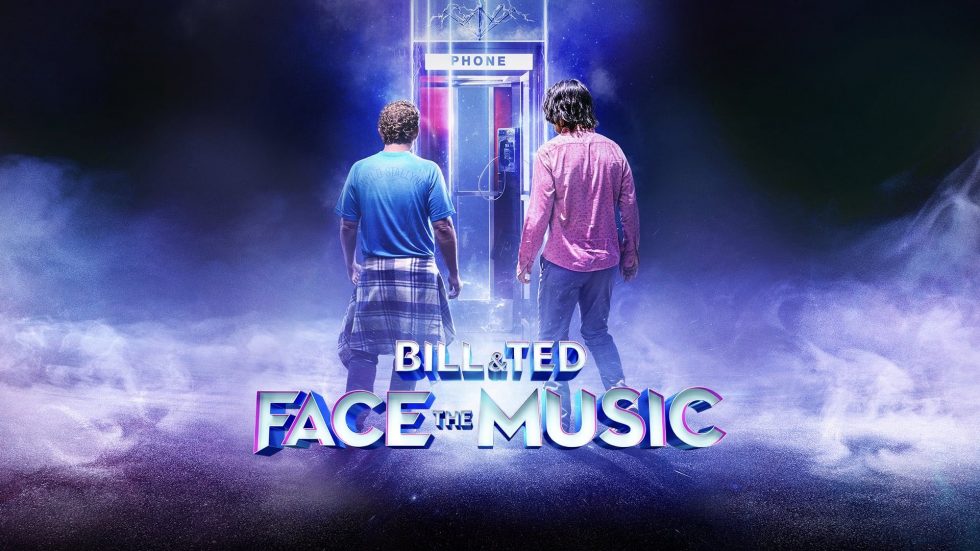 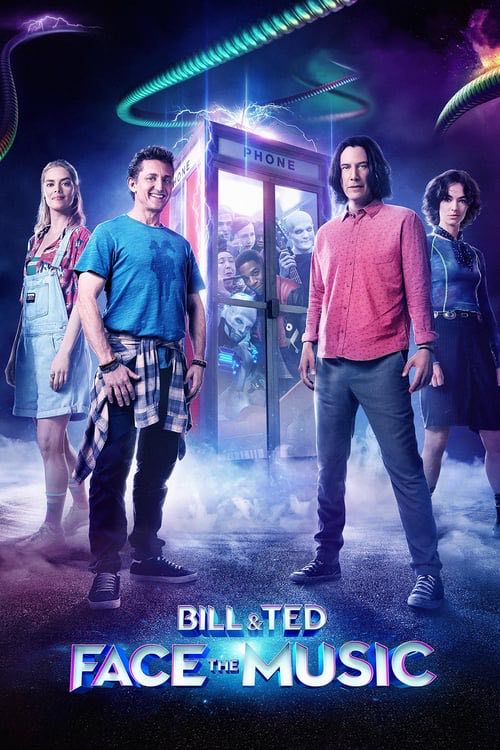 Bill & Ted’s Excellent Adventure is my all-time favorite movie, followed by Pee Wee’s Big Adventure – I guess I have a thing for comedy-adventure films. If that sounds strange, well, I’m not your typical movie critic, and frankly, I don’t care. To be honest, Bill & Ted Face the Music could have sucked major ass and I’d still have given it a glowing grade. Full disclosure: I am disqualified, but I’m doin’ it anyway.

As you probably guessed, Bill & Ted Face the Music is a continuation and conclusion to the Bill Preston (Alex Winter) and Ted Logan (Keanu Reeves) saga. To recap: Bill & Ted are a couple of California knuckle-head best-bud wanna-be rockers, predestined to save the Universe with their music, a single song to be exact. And as Face the Music opens, Bill & Ted, now well into their adult years, still haven’t found that song.

The Universe has other plans, however, and has begun unraveling time, space, and reality. The end of the World is nigh.

Rufus’ daughter Kelly (Kristen Schaal) is sent from the future to warn the duo of the imminent doom. Bill & Ted race off into the future to steal the song from future versions of themselves. This doesn’t go as planned, and hi-jinx ensue.

We’re also introduced to Billie (Brigette Lundy-Paine) and Thea (Samara Weaving), the much more musically inclined offspring of Bill & Ted. The girls are genuine lovers of music, though, mostly their dad’s tunes. They snatch a time-traveling booth of their own to form a Wyld Stallyns back-up band of history’s most talented musicians.

The most remarkable feat Face the Music achieves is successfully bottling the charm of the original films after so many years. Plenty of that can be attributed to the return of many original cast faves, including William Sadler as Death, Hal Landon Jr. as Ted’s dad, Chief Logan, and Amy Stoch as Missy (who yes, has married another relative). More importantly, Winter and Reeves re-teamed with the original film creators and writers Chris Matheson and Ed Solomon. This shared and intimate relationship with these characters genuinely shines through in Face the Music. The old and new come together at the directing helm of Dean Parisot of Galaxy Quest fame. The resulting cocktail is highly enjoyable and consumable for all audiences. In other words, it’s non-heinous dudes!

Bill & Ted Face the Music is the type of movie we need. It feels like our World is coming unraveled, often stoked by those in charge in many ways. A film about ordinary people bringing ordinary people together to overcome extraordinary circumstances sounds perfect right about now. And while Face the Music arrives in the most unprecedented of times, including an industry crippled by the Coronavirus, I can see no better time than right now to go on this adventure.

Bill & Ted Face the Music is streaming now on the following services:
Powered by JustWatch