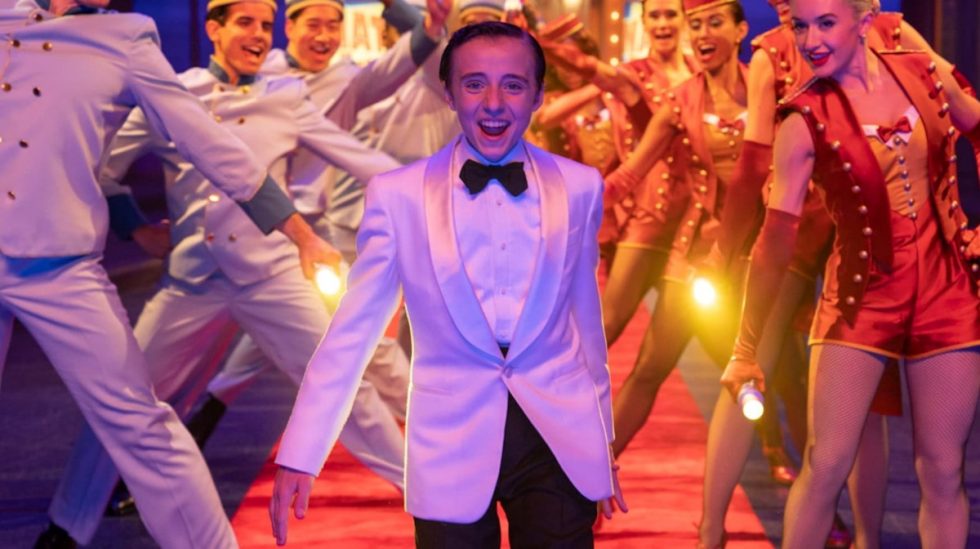 Better Nate Than Ever Movie Review

Better Nate Than Ever Movie Poster 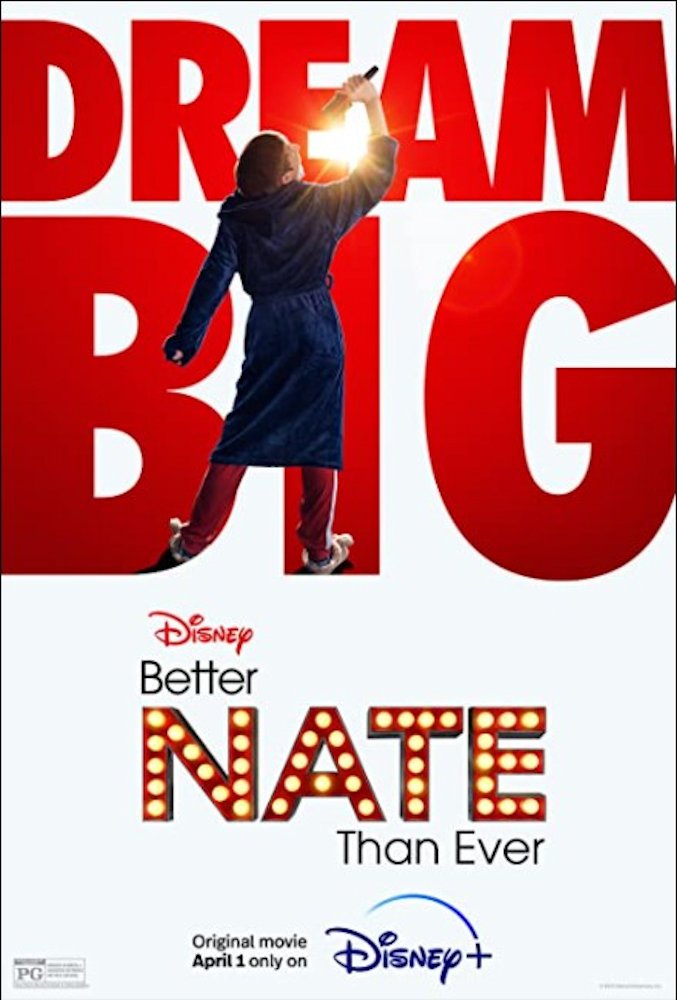 Better Nate Than Ever Movie Metadata

Better Nate Than Ever

Better Nate Than Ever External Links

Better Nate Than Ever Movie Trailer

Better Nate Than Ever Movie Tickets

If you love theater kids, you’ll love Better Nate Than Ever (2022) on Disney+.

Nate (Rueby Wood) is the quintessential theater kid – he is an encyclopedic knowledge of theater trivia, impeccably dressed, and a target for bigger kids. His dream is to be on Broadway, but he strikes out getting cast higher than a tree in his middle school’s production of “Lincoln: the Unauthorized Rock Musical.” When he hears of an open casting call for Lilo and Stitch on Broadway in New York, he and best friend Libby (Aria Brooks) hatch a plan for an unauthorized day trip to make their dreams come true. As it turns out, breaking it big on Broadway takes more than panache and singing chops as he faces stiff competition (and the lack of a legal guardian) during auditions.

I was not a theater kid (I was a nerd, thank you), but I know theater kids and everything about Better Nate Than Ever rings true on saccharine levels that make my back teeth ache. Having said that, it’s ridiculously endearing. Part of you knows Nate gets beat up on the regular, but that hasn’t stopped him from dreaming big and imagining a better life for his family and friends. Nate comes from a Pennsylvanian family that’s struggling financially, but it’s Disney, so no one is starving because of bootstraps and bravado. Nate’s big personality makes up for 90% of anything that goes wrong on his disastrous adventure, and in true Disney fashion, even at his lowest points, Nate finds a song and dance to make up for any heartache. Aria Brooks plays Libby, his best friend, partner-in-crime, and forever defender. As Nate’s biggest fan, Libby goes to incredible lengths to help him make his dreams come true, even if their dreams don’t run parallel paths. There’s mutual respect and love there that you don’t often see in teen movies, and it was touching in a way that wasn’t awkward or set the characters up for future romantic entanglements.

The heart of Better Nate Than Ever is finding one’s authentic self, as demonstrated by Heidi (Lisa Kudrow), Nate’s aunt and his mother’s estranged sister. Heidi made a choice many years ago which caused a rift in the family, but she remained in New York to follow her own dreams. Seeing her dreams rebloom in Nate is a beautiful turning point.

You only have to suffer through a few musical numbers, and some over-the-top acting from exuberant kids, but for theater kids of all ages, it’s worth the price. Sappy, dramatic, and full of heart, I can’t guarantee you won’t get weepy, but you won’t hate yourself for watching. It’s clever and self-aware, without being overly pretentious. Better Nate Than Ever manages to strike a balance between independent spirit and respectful behavior. You may not be able stomach all of what Nate has to offer, but at least you don’t want to smack him for being sassy.

Better Nate Than Ever (2022) premieres on Disney+ April 1. It’s rated PG and it’s Disney so the most objectionable thing you’ll see is Nate accidentally smacking a bully in the nose drawing a little blood.

Better Nate Than Ever is streaming now on the following services:
Powered by JustWatch