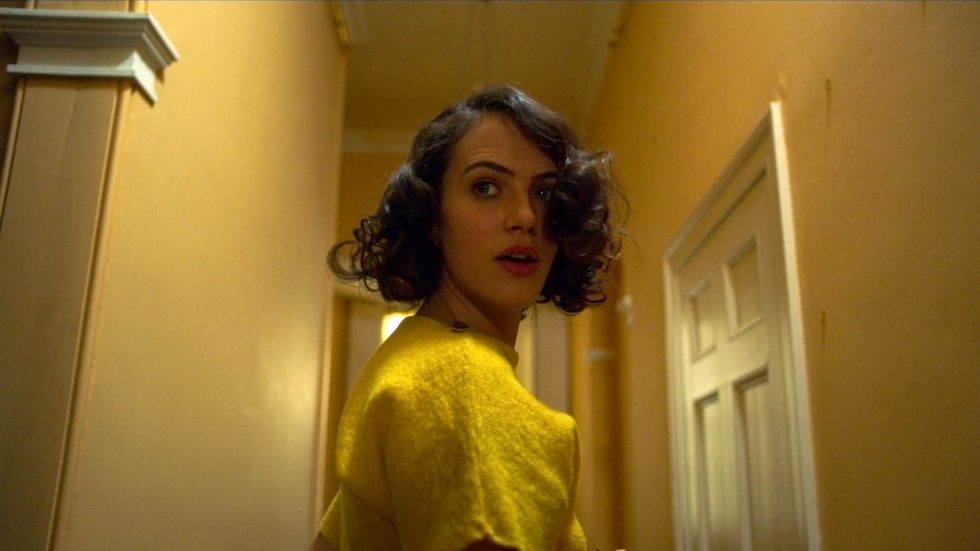 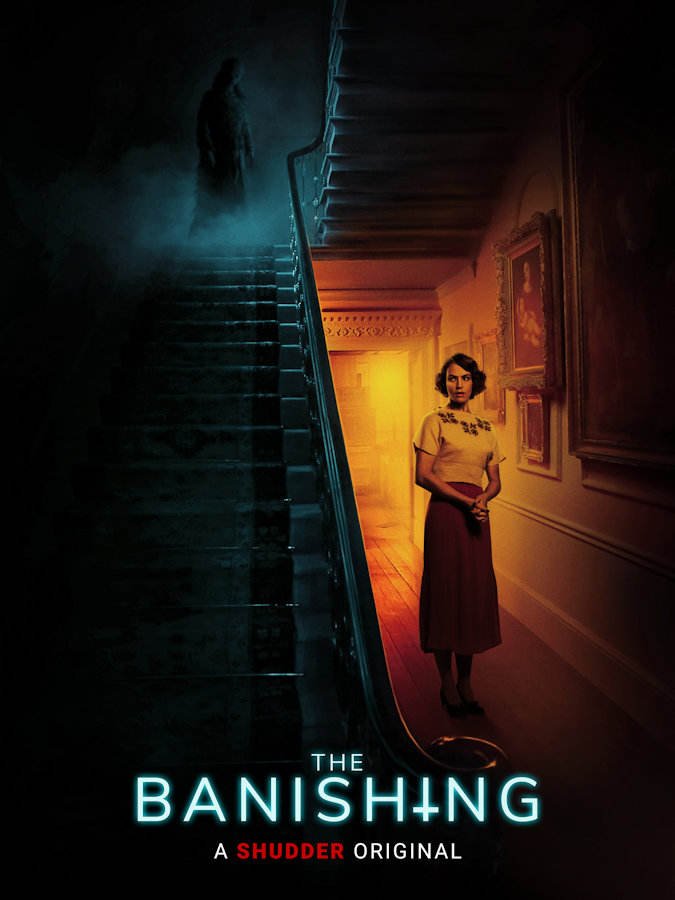 In a mostly fictionalized retelling of the events of Borley House, The Banishing (2020) seeks to make English Horror scary again.

English manors have always been a reliable source of mysterious rattling chains and Gray Ladies, but to call this an abstract haunted house story would be a kindness. There’s a lot going on and you almost need a scorecard to keep it all straight.

Haunted houses are said to be reflections of the past and refractions of our present psyches. Morley House reflects its horror and amplifies the fears of its occupants, making everyone susceptible to its hidden horrors. When you live in perpetual fear, Morely House becomes a nightmare hall of mirrors.

Bishop Malachi has placed Vicar Linus (John Heffernan) and his family in this place for very specific reasons which are and aren’t revealed until so much later you stop caring. In a brief cold open we learn the previous clergy’s family are dead and it was tragic and violent but absolutely no one wants to really talk about it – and I mean no one because it’s hardly mentioned afterwards.

It’s 1930s England, Fascism hasn’t made its march to England but it’s on its way. It’s the backdrop of The Banishing, highlighting leaflets and meetings and suspicions of the Other. Linus has moved his new family to his new assignment of Morley House, a massive, opulent residence owned by the Church (of England, let’s clear that up right now). Linus is the definition of a repressed clergyman – fastidious, perpetually nervous, sexually immature. Marianne (Jessica Brown Findlay)  is young, pretty, and super eager to consummate her marriage to her new husband all while proving to herself and him that she is proper clergy material, never mind her past sins of which she’s constantly reminded. Adelaide (Anya McKenna-Bruce) is looking for her special place in this messed up family.

There is also a menacing ghost who wants its baby back (I think), and it’s killing everyone for reasons that never really gel. According to Harry the Occultist (Sean Harris), the ghost/demon/whatever is amplifying fears and suspicions, again, why isn’t really state since it seems counter-intuitive, but Linus sees visions of his wife sleeping around, Marianne keeps losing her daughter and everyone she bothers to care about, and Adelaide sees secrets and cults everywhere. Eventually, the horrible secret is revealed and Nazis are involved.

There, I saved you some time.

The Banishing has serious potential to be a solid English Manor Ghost Story but it can’t get out of its own way with the exposition and baffling plot choices. It’s meant to be a slow burn, but at some point you have to add a little more seasoning and heat to make a meal. With lots of telling in the beginning and far too much disconnected showing through dreams and disassociations, the story loses its punch as the reveal is pretty much as you expected with a little extra nothing tacked on for padding.

A basic issue with movies like this are always characters that know more than they should but never enough to get anything done. Harry Reed, the Occultist can hear the dead, probably see the dead, but cannot crack the mystery of Morley house until just the right people come along. I mean, the man has a freaking book, for heaven’s sake, that tells him what he needs to know, but cannot act on it until Lionel and his family move in (the place was empty for months, Harry – get off the freakin’ stick). Harry is also universally hated, whether it’s because he’s a ginger or he gets in the Church’s way, I dunno, but it feels like lazy screenwriting when women can be taken off the street and murdered, but the Church can’t make a standard trouble maker disappear with similar ease.

All of The Banishing is like that. If a movie makes you ask, “why don’t they just…” and there isn’t a logical explanation for it, it’s because no one could come up with a better way to further the plot, so *shrug*. Ghost stories are built from the plot and backstory up. Without it, you have uninteresting people wandering a large house, jumping at noises and screaming at mirrors. It’s a long way to spend 107 minutes,

As beautiful and atmospheric as The Banishing looks, it’s not enough to overcome the exposition dump at the end, the unexplained everything that would make it interesting, and the characters that feel less than 2-dimensional when drawn from actual people.

The Banishing (2020) is streaming exclusively on Shudder and is unrated, but give it a solid R for the stabbings, the cellar sexytimes, the country road beatings, and lots of screaming in the last 20 minutes.