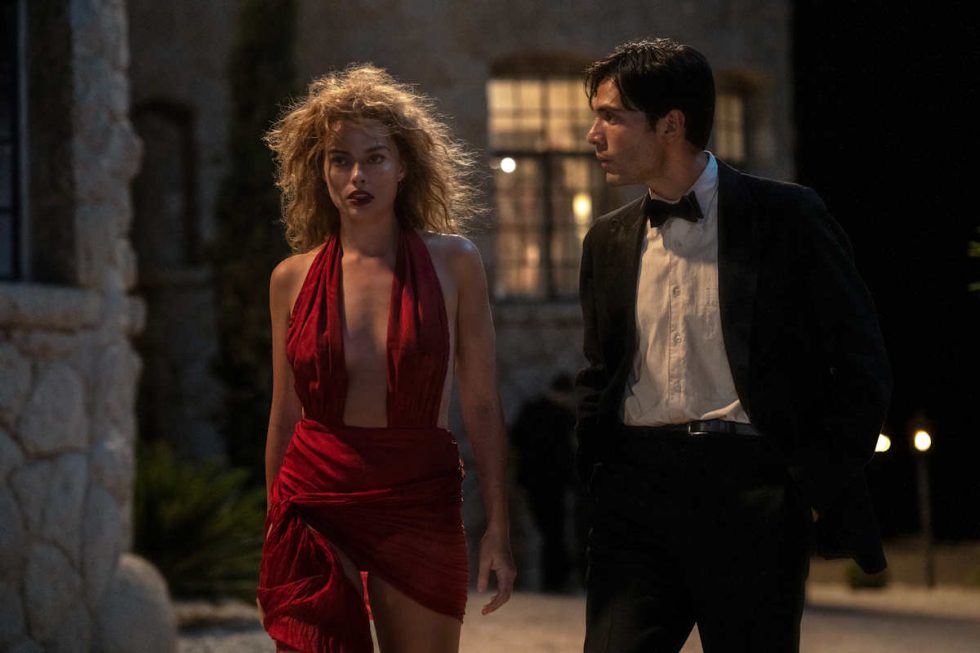 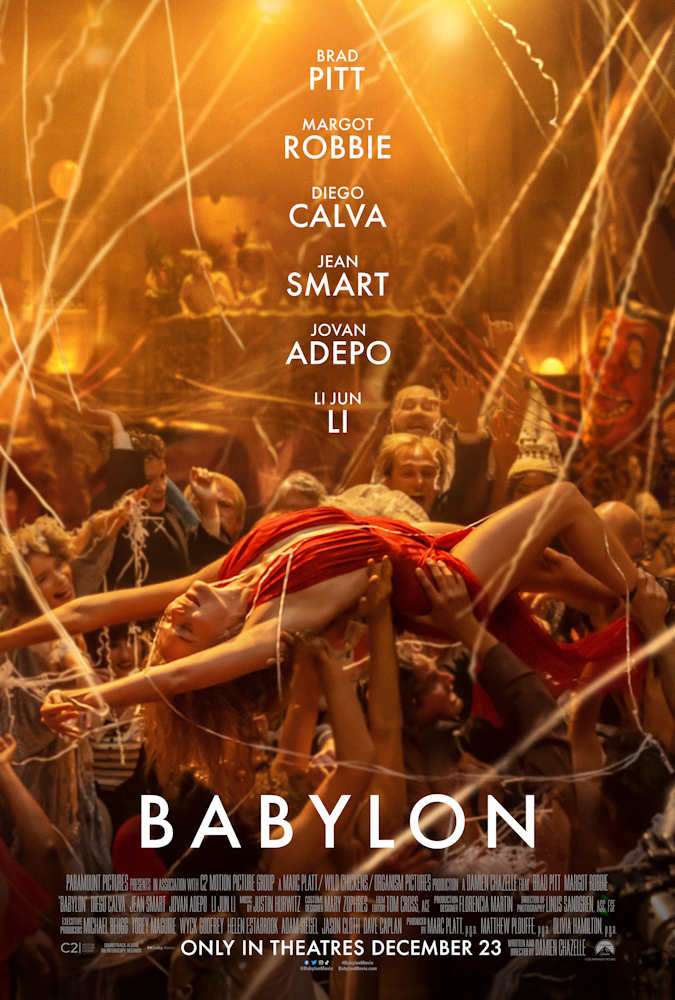 Charting the seriocomic trajectory of three Hollywood hopefuls, Babylon wants to show that all that glitters isn’t gold until it is and then it’s not again. It never gets too heavy, until it does, but that’s okay. It’s Hollywood!

Nellie LaRoy (Margot Robbie) crashes the party of Hollywood luminaries in the early 1920s in the hopes of making a big enough spectacle of herself to get noticed and put into pictures. Her personality, and subsequent cocaine habit, are larger than life, and by virtue of being the last person standing, fulfills her dreams and lands her first picture role. From then on, nothing is out of bounds, and she does whatever it takes to stay on top, barely weathering the transition from silents to talkies. Her agent, Robert Roy (Eric Roberts) is as much along for the money as for a chance at the spotlight.

Manny Torres (Diego Calva) is a Mexican-American production assistant who dreams of being the big shot behind the camera calling the shots. Continuously crossing paths with Nellie, whom he loves deeply if from afar, Manny uses his organically growing influence first to help his own pictures, then to attempt to save Nellie from herself.

Sidney Palmer (Jovan Adepo) is a Black trumpet player, existing along the margins, playing Hollywood parties and bars. He catches his big break in the orchestra pits of first silents then solos in talkies and he has to weigh exactly how much the music in his soul is worth against the fame, cars, and wealth.

Jack Conrad (Brad Pitt) is the seasoned veteran in this picture. The leading man in scores of silent films, he sees his popularity waning as the tastes of movie-goers change. Cycling through wife after wife, chasing the light of his dimming star, Jack finds that neither women nor roles nor booze can fill the growing void that is sucking all of the happiness from his life.

For a bright spectacle that is equal measures melodrama, comedy, and snappy directing, Babylon gets very dark. Damien Chazelle deftly captures the frenetic atmosphere of early Hollywood, the fatal fumbles of new technology, and the tragic decline of studios, actors, and careers without losing himself or the picture in the details. Admittedly, this is the broadest of brushes painted over the folklore of the silver screen with composites and caricatures and reimagined tall tales, but it’s done with skill and delicate care, particularly with scenes that could easily become scene-chewing buffets.

To its credit, Babylon wears those 188 minutes well, it doesn’t feel long until it pulls a film school/art house/auteur move and crawls up its own ass for the last five minutes. It’s forgivable though and should be allowed the conceit of patting itself on the back for a job well done.

Babylon (2022) is rated R for swears, nudity, public sexytimes, vomit, elephant poop, and a whole lotta drugs which lead to overdoses, people getting shot, and suicide.

Balylon is streaming now on the following services:
Powered by JustWatch