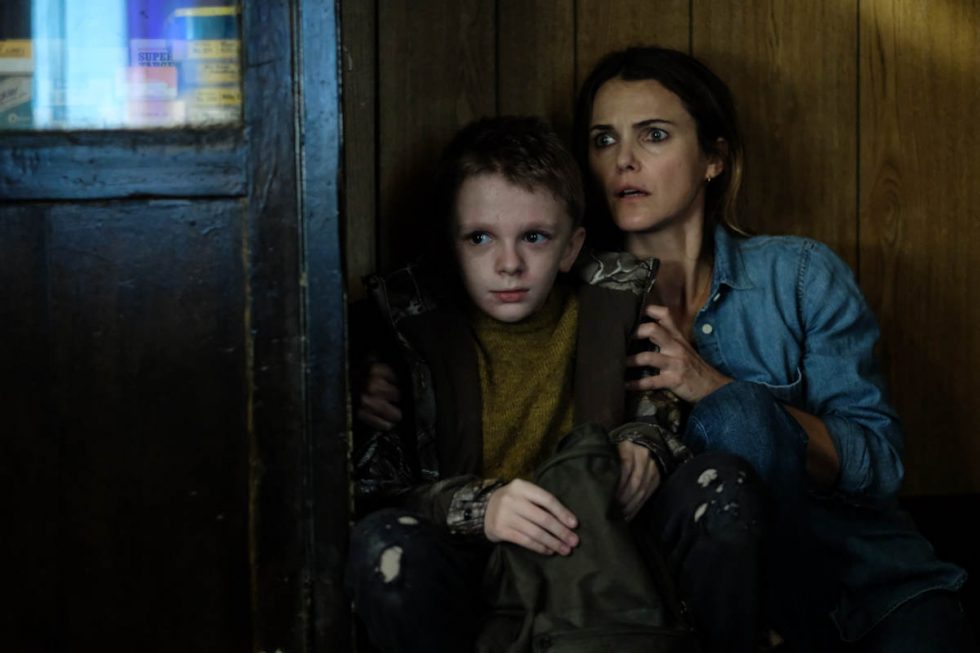 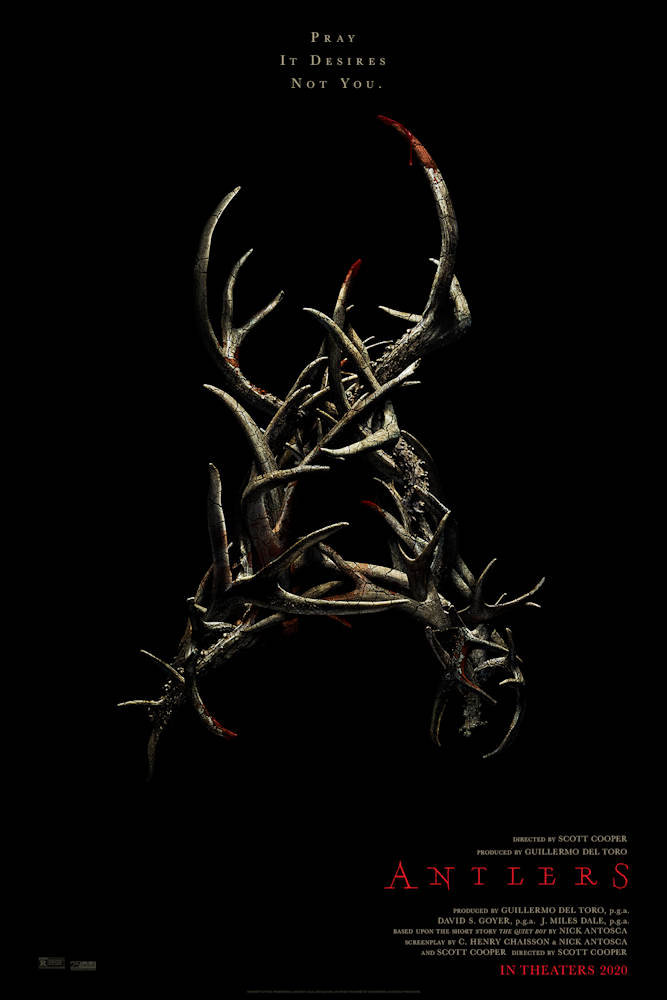 Based on the short story, The Quiet Boy by Nick Antosca. Antlers wants to be a few things. It wants very much to be a redemption tale about a recovering alcoholic trying to save a child from what is surely domestic abuse, becoming the advocate she never had when she was young and abused. It wants to showcase familial trauma as the scars of abuse and neglect travel through blood and memory in a self-perpetuating cycle of despair. It wants to be a story about a boy who stands to lose everything he has but is fighting like a champ to keep his family together. It wanted to be a monster movie that could have been about any monster if we’re being honest. It didn’t have to be a W*ndigo. It would have been better if it wasn’t.

The short story is moved from West Virginia to the Pacific Northwest, Oregon, precisely to a dying mining town with a thriving meth business. There’s meth in West Virginia, not to mention old Granny Magic and the Appalachian Trail which has spawned its own myths and monsters of legend.

Julia (Keri Russell) is returning to her hometown after 20 years of running away. She’s teaching 4th grade in the local elementary school and lives with her brother, Paul (Jesse Plemons) who’s the Sheriff, in the house they grew up in. Julia deals with the struggle and shame of having to return home under shameful and less than ideal circumstances. We know this because she stares longingly at bottles of alcohol in the liquor store. She and Paul trade jabs as to who was more damaged before their abuser, their father, died, and they both could do with a lot of intensive therapy. Their town is eating itself, poor and dirty, and dying and there’s nothing to do but follow it to its grave. Julia takes notice of 12-year old Lucas (Jeremy T. Thomas), a small frail boy who is bullied and filthy and intense. Lucas illustrates his own folk tales about a Big Bear and a Baby Bear who are sick and always hungry. Julia tries to befriend Lucas and wants to speak with his father about his care and schoolwork, but Lucas wants to be left alone. Lucas has become the breadwinner in his family, but he can’t tell anyone. When not at school, he’s catching small animals and scavenging discarded carryout to feed the creatures he has locked in his attic.

Antlers should be a cautionary tale about meddling women who should leave well enough alone and how the savior complex dooms more people in horror movies than it will ever save. Instead, it’s crammed half a Native American mythology into a story with two other stories like feral cats in a cardboard box and none of them are getting along. There is a Native American (Graham Green) whose sole purpose is to link “The Quiet Boy” to what the director, producers, and screenwriters want Antlers to be. We know he is an afterthought because he lives in a camper down by the river – couldn’t you just die.  Sweet Baby Jesus on a buttery cracker, I am weary.

Dear screenwriters, you’re allowed to make up creatures that do not exist anywhere else but in the pages of your screenplay. They don’t need a backstory or a neat framework or a yellowed book with woodcarving illustrations – they just have to exist.  The creatures in “The Quiet Boy” aren’t named– they simply are. It’s what made them terrifying. Antlers, by shoehorning a myth we’ve been asked time and time again to not use into a story that didn’t need it, and then using it as a boogeyman about emotional failings of humanity, is kinda infuriating.

But enough of my soapbox.

Pointless appropriation aside, Antlers fell into the clichéd trappings of its location: the rain, the long drives through the forests, and it felt like filler. Antlers is 99 minutes long, and I’ll bet 10-15 of those minutes are driving in the rain. Julia is damaged, her brother is damaged, Lucas is damaged and we’re told from the opening title cards that the W*ndgo prey on lost, lonely, and desperately damaged people. How convenient. Also convenient was how despite being educated and or armed people, none of them had the sense God gave a duck, which made everything that happened earned nonsense.

The creature effect was cool. It reminded me of The Ritual (2017). The glowing heart was hooky. It reminded me of E.T. (1982). As dark and atmospheric as Antlers wanted to be, it had too much story debris to be effective at more than jump scares and strange noises.

We’ve had a few very smart horror movies over that last year that have dealt with grief and depression, like The Night House (2021) and Martyrs Lane (2021). If Antlers could have found a specific focus on a specific trauma, instead of letting Julia barf her trauma onto Lucas – you know, like in the story – it could have been a much more enjoyable movie.

I recommend you read the story which I’ve linked above. Maybe save Antlers for streaming.

Antlers (2021) is rated R for swears, people getting mauled, people getting gored, creatures losing their human faces, emaciated children, attacking children, skunkicide, half-eaten corpses, animal corpses, and naked men holding stuffed animals (as unnecessary a scene as there ever was).

Author Note: a W*ndigo is a specific Native American Deity with a very specific mythology. It’s also become an offensive slur in many circles and I’ve chosen to censor the word as best I can.

Antlers is streaming now on the following services:
Powered by JustWatch