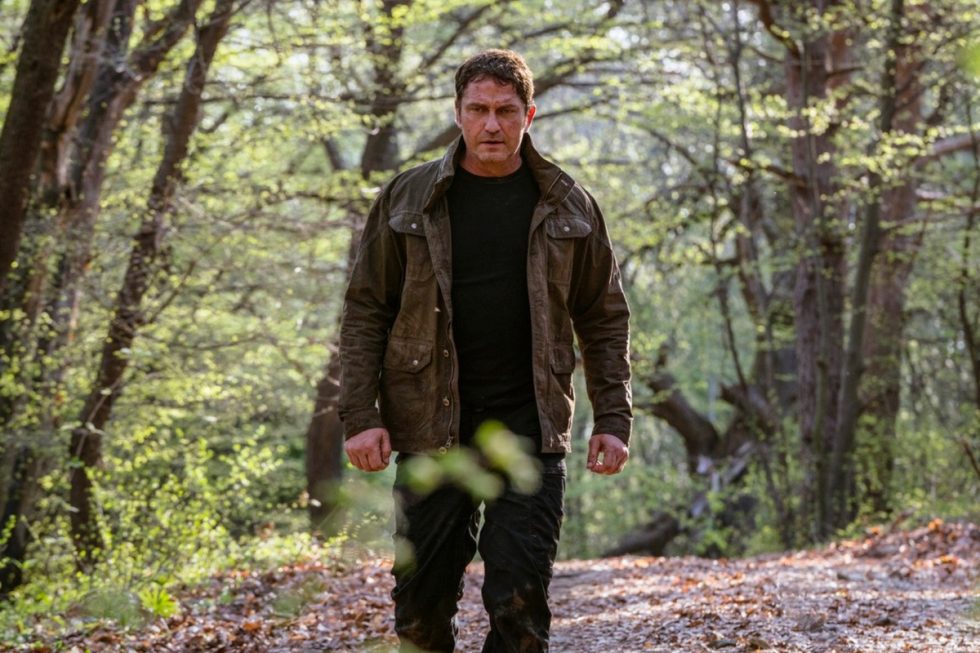 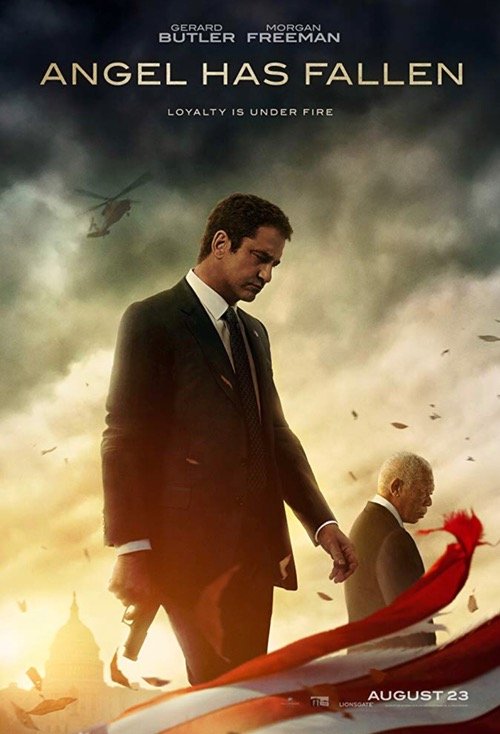 You have to wonder sometimes, about how and why a movie gets made. That was my thought process as I wandered the theater halls and back to my vehicle following a screening of Angel Has Fallen, the unexpected third installment in the “…Has Fallen” saga.

There’s no fierce cult following as far as I can tell. The box office take is okay. It certainly wasn’t made because of some grand design and interconnecting story-arc. It’s panned by most critics. There’s no real good reason for this franchise to exist. But…

The principal characters are back. Gerard Butler reprises his role as Mike Banning, a top Secret Service officer. He’s head of President Allan Trumbull’s (Morgan Freeman) security detail, but he’s up for promotion to head the agency soon. He’s considering the job but injury and emotional trauma might derail that plan.

Angel Has Fallen shows its ineptitude when introducing the entry’s antagonists. We’re asked to accept the very flimsy motivations of newcomer Wade Jennings (Danny Huston), an old colleague of Banning’s whose fortune relies on ‘Merica’s reliance on the declining private military contractor machine. I’d normally offer a spoiler warning there, but it’s obvious Jennings is the bad guy the first breath he takes. Jennings asks his old friend to bend the ear of the President…basically he needs jobs!

This just so happens to be the exact issue President Trumbull is currently working on, and you guessed it, is calling for the complete dismantling of. But his plan is in jeopardy because of internal leaks, because current issues, and because this is a movie. The president’s VP, played by Hollywood’s worst disguised bad guy, Tim Blake Nelson, is overly supportive and interested in exposing the leaker. He’s being disingenuous if you’ve yet to sniff out my sarcasm. Again, this isn’t a spoiler. Angel Has Fallen and the film’s director Ric Roman Waugh, whose name you’ve undoubtedly never heard of unless you’re a stuntman, is just that bad at concealing any plot twists.

There are a couple of shining moments. It’s fair to say, even with a supposed smaller budget than its predecessors, Angel Has Fallen does decently well (specifically) executing explosions. That big beautiful moment comes at an attempt on the President’s life when deadly semi-autonomous drones rain a relentless volley of bombs on all the King’s men. But they purposely skip Banning, and because of Banning’s heroics, barely miss the President too. The attack puts the President in a coma and leaves Banning as the prime suspect. I repeat. The prime suspect.

It’d be a frustrating watch if not for Nick Nolte. While he’s regrettably underused, Nolte, as Banning’s estranged father, inserts a refreshing bit of nostalgia and humor. He’s easily the best thing about this movie. Banning seeks his father out as an attempt to get off the grid, but the bad guys are smarter than the FBI and get there first.

Meanwhile…interim President Kirby (Nelson) is taking advantage of Trumbull’s incapacitation to completely upheave progress and send the U.S. into a war with Russia. Like seriously, what the f*ck. The mountain of clichés suggest you’re watching a parody, but you’re not.

Somehow Banning works his way back to President Trumball, who at this point is waking from his coma and back in the crosshairs of Jennings and Co. The mercs have thrown all caution to the wind. They have to kill the president…for some reason. Did I mention the motivations were flimsy? The final act, the desperate last-ditch attempt to have their evil ways is supposed to be this grandiose display of Waugh’s action expertise, after all, the director knows this genre, he’s worked stunts on Gone in 60 Seconds, Total Recall, The Crow…the freaking Crow man! But frankly, his effort here is boring.

You are expected to forget the fifteen political topics proposed by this charade. That’s unfortunate because as interesting and relevant as those topics are in the current political world we live, the film has nothing to actually say about them. Angel Has Fallen is an unnecessary movie we’ve seen thousands of times before, devoid of any original ideas to forward the genre. It isn’t even an unapologetic action movie. It’s time to retire Mike Banning.

Angel Has Fallen is streaming now on the following services:
Powered by JustWatch