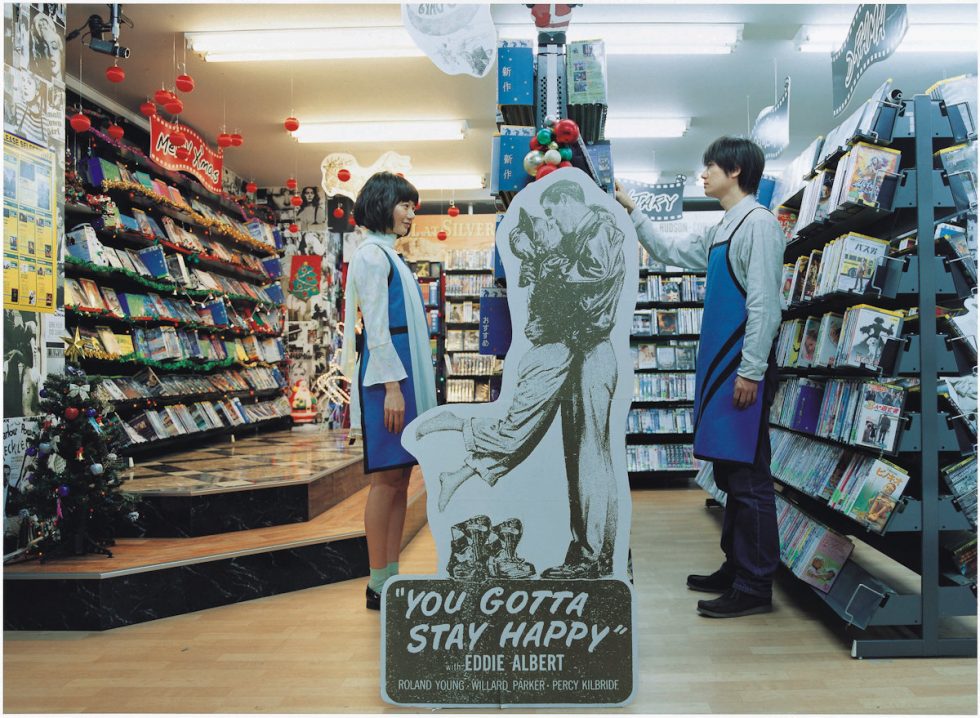 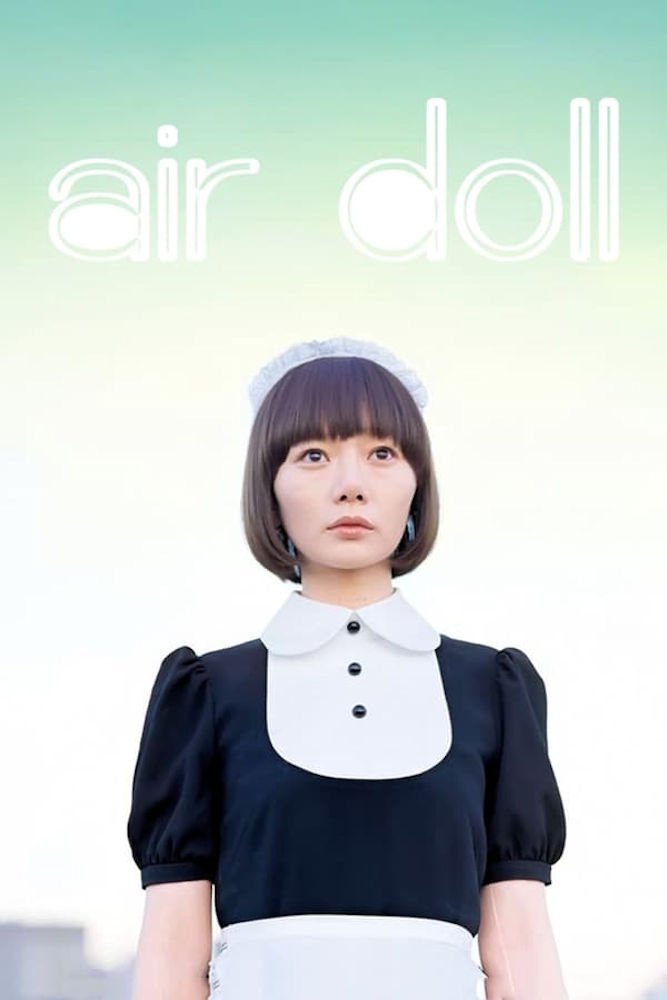 Air Doll (Kûki ningyô) (2009) is a Japanese drama-fantasy that focuses on identity, self-worth, and loneliness finding new life in a release from Dekanlog. Based on the serialized manga Kuuki Ningyo by Yoshiie Gōda, it focuses on what it means to be human in the big city.

Nozomi (Bae Doona) is the vinyl, inflatable companion of Hideo (Itsuji Itao). When Hideo is not working long hours as a server in a chain restaurant, he’s home cultivating his relationship with Nozomi. He takes her for fresh air in her wheelchair, tells her about his day, and bathes her. He is lonely, but everything he does with her is clearly done with a certain level of affection. With all of that passion, it’s really no surprise when one day, Nozomi wakes up and discovers that she not only has a heart (or a soul, translations being what they are) but is ambulatory and intensely curious about the world she has never experienced. Not content to spend her days in bed, or view the world from Hideo’s apartment window, she dresses herself and explores the City, taking long walks all on her own, careful to return before Hideo gets home. She follows folks through her neighborhood, like a widow (Sumiko Fuji) in mental decline who feels guilty for every crime she hears about, or a receptionist (Kimiko Yo) who is fearful of losing her good looks and professional standing to aging. Nozomi answers the help wanted sign in a video store, meeting and falling for fellow worker bee, Junichi (Arata Iura). Junichi shows Nozomi true companionship and allows her to satisfy her innate curiosity with the world by day, but by night, Nozomi must resume her increasingly unfulfilling role as An Ear Hideo Sleeps With. Experiencing all life has to offer in such a short amount of time, Nozomi is unprepared for the sadder aspects of Life, like rejection, heartbreak, and loneliness, and she questions just how secure her place in the greater world is, and if she’s actually needed.

Genuinely touched by such a whimsical urban fantasy, I’m sorry to say the biggest strike against Air Doll is its length. It would benefit greatly from a 30-minute cut. If I were uncharitable, I would say it’s at least 45 minutes of needy navel-gazing about one’s purpose in a society that only values youth, long legs, and a head full of warm, moist air.

I’m not, though. Air Doll is aggressively sweet and innocent in a way that veers dangerously close to saccharine. Bae Doona, with her beautiful large eyes and innocent exuberance at literally everything, largely carries a film with very little dialogue. Her cute outfits are not enough however to carry through long shots of empty introspection masquerading as atmosphere. With every person Nozomi meets, another story of loneliness and grief spirals out, however none of those stories seems in any hurry to wrap. They are empty vignettes Nozomi doesn’t personally experience and only serve to pad a film that would benefit from less, not more. The audience could be left to wonder if anyone gets a Happily Ever After, and that’s a buzzkill of a fantasy. It’s clear what director Hirokazu Koreeda is trying to accomplish, as Nozomi collects glass bottles and other discarded items she finds beautiful, but without the impending specter of conflict, it’s rather aimless. Even fairy tales have a Big Bad, but the only villain in Air Doll is the fear of dying alone and forgotten. This is likely a cultural signpost I’m completely missing, and I can own that, but No Context means a huge chunk of the movie’s heart is also missing. How well this will translate to a general audience, remains to be seen.

That said, Air Doll is absolutely worth a watch. Airy and ethereal, it’s a dramatic fantasy that isn’t expecting anything of you except your time.

Air Doll (2009) is Unrated, but I’m giving it a hard R for sexytimes and nudity, even if you can see the seams.

Air Doll is streaming now on the following services:
Powered by JustWatch