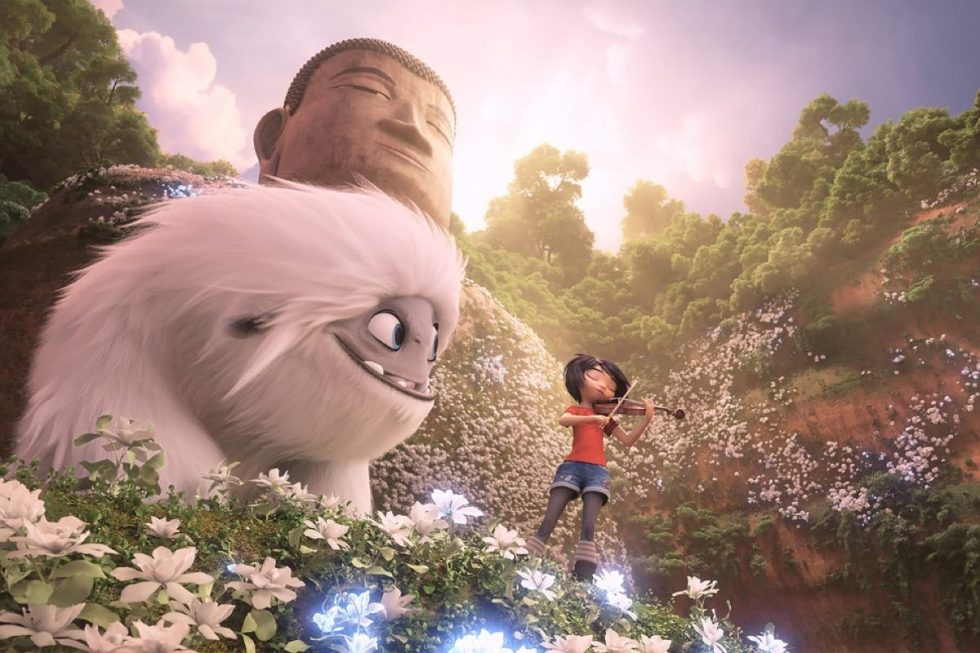 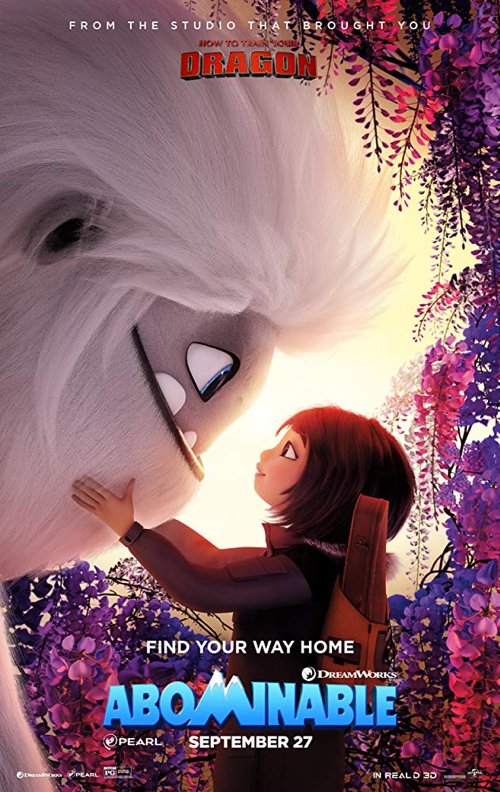 Unless you’ve been effectively hiding in a remote forest these last few years, there’s been an influx of Bigfoot content gracing the big screen and streaming – Smallfoot and Missing Link among the latest. There’s been a renewed interest in the sasquatch-genre, so it’s not entirely surprising the studio known to ride the latest wave is getting in on the hunt for that elusive box office spoil. Thankfully for DreamWorks Animation, writer/director Jill Culton has crafted an adorable adventure film that while not entirely original, gives the studio a franchise-able hit now that How to Train your Dragon has seen its conclusion (we think).

This emerging franchise is called Abominable and stars Everest the Yeti and his human companion Yi. Everest has escaped captivity from evildoers eager to exploit his magical abilities. More on those abilities later. The strange snow-white beast (Joseph Izzo) is injured and lost in the unfamiliar and overwhelming populous of Shanghai, China. Yi (Chloe Bennet) is a young independent woman and an excellent musician who is spending her free time working odd-jobs, playing her violin, and day-dreaming about a trip across China that her and her late father once planned. She discovers Everest hiding out on her rooftop one evening, nurses his injuries, and vows to return her new friend to Mount Everest. The adults in Yi’s circle would never approve of such an adventure, so she’s assisted by her friends, the Instagram-obsessed Jin (Tenzing Norgay Trainor) and his little cousin Peng (Albert Tsai). Their journey is met with an obstacle, mainly those evildoers who initially captured Everest – a wealthy explorer and collector of exotic creatures Mr. Burnish (Eddie Izzard) and zoologist Dr. Zara (Sarah Paulson). But the gang finds ways to elude capture, mostly by discovering that Everest has special powers. When he hums, nature lends its aid, and in duet with Yi and her violin, even greater magic is unleashed.

Sound like How to Train your Dragon? Well…if it ain’t broke, don’t fix it.

Sure, these two movies share way too much in common, but Abominable still feels relevant and welcome. For one, Culton refrains from the fart-joke humor past DreamWorks properties have frequently relied upon for laughs. As this is usually my trigger for checking-out of a movie, Abominable kept me interested from beginning to end with its storytelling and filmmaking. I wouldn’t put it on par with the visual spectacle of Dragons, but it is a vivid world that moves from industrial and high-tech cityscapes to lush and vibrant forests. From nail-biting first-person perspective escapes to the heartfelt tribute at Sichuan’s Leshan Giant Buddha, Culton elicits audience emotion that’s often removed from these non-Pixar animated features.

Abominable allows both parents and children to have fun. The humor isn’t too low-brow or too high-brow. It strikes a perfect balance to keep both parties engaged…oh yeah, the whooping snakes are my favorite recurring gag from an animated movie this year.

Abominable is streaming now on the following services:
Powered by JustWatch