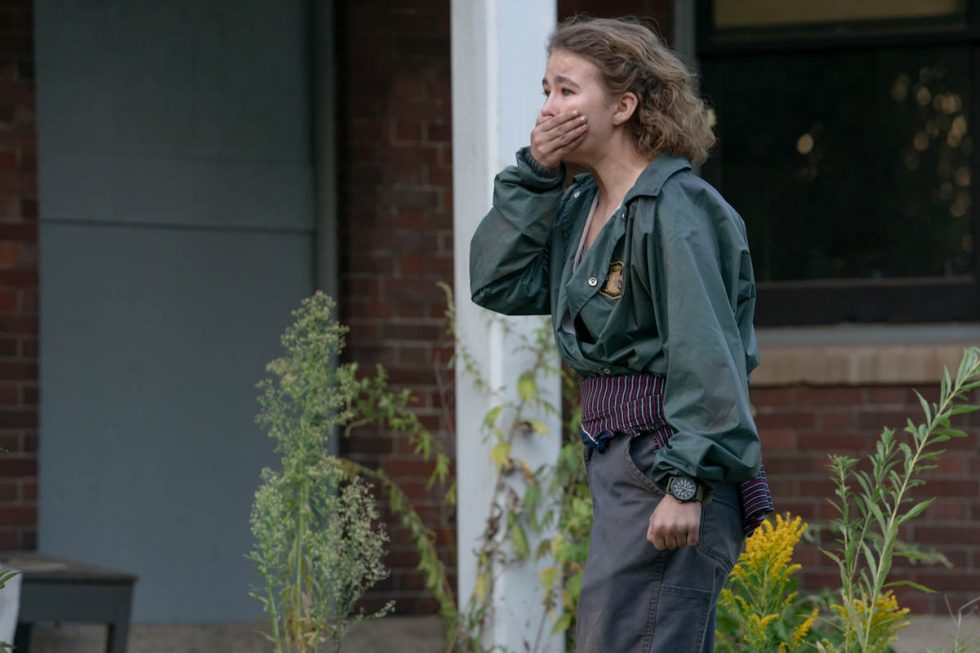 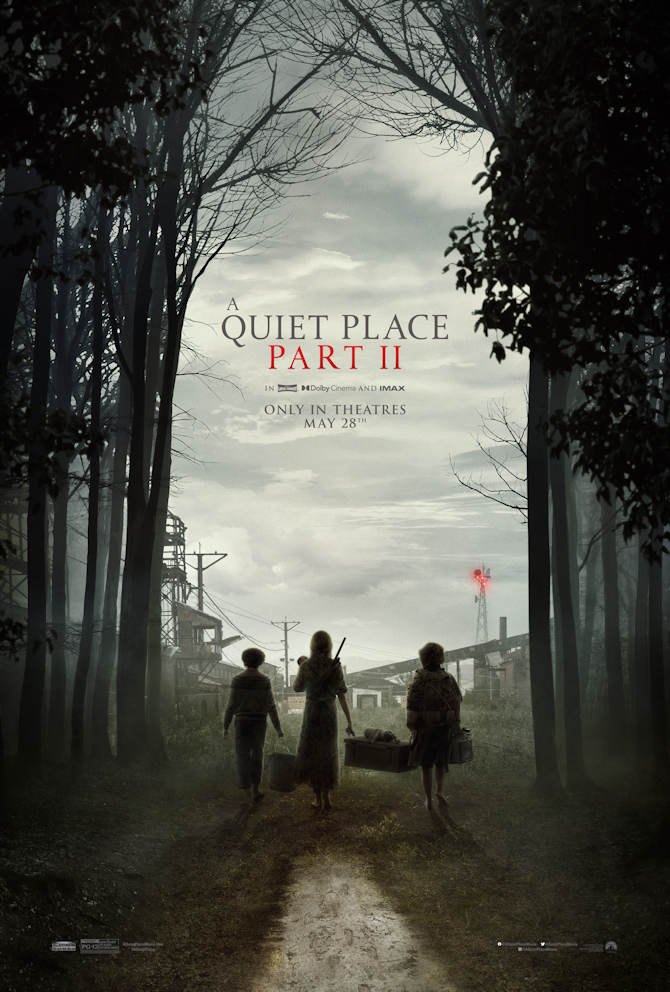 Delayed by a year due to the Pandemic, A Quiet Place Part II (2021) needed to at least match the intensity and thrills to be worthy of the original. It’s safe to say, it does exactly that.

Opening to a flashback of Day 1, the opening volleys and chaos of the invasion are highlighted, disrupting life and taking lives. 467 days later, immediately picking up from A Quiet Place (2018), the remaining Abbots, Evelyn (Emily Blunt), Regan (Millicent Simmonds), Marcus (Noah Jupe), with new Baby Abbot begin their journey for new safe accommodations. Because of Regan’s careful cartography, she’s able to determine which of the remaining outposts are still relatively safe and they follow the sand path to an abandoned factory. They find Emmet (Cillian Murphy) a loner and still in grief over his own lost family who is not ready for the responsibility of more people to care for, but recent injuries prevent the family from moving on. Regan deciphers a signal she heard on the radio and sets out to get help. Emmet goes with her because there are worse monsters then the insatiable creatures with keen hearing.

The tension is as loud as the silence, as Regan is determined to follow the tracks to the mysterious signal. Returning writer/director John Krasinski crafts not just a strong mother figure in Evelyn, but an equally strong character in Regan. A Quiet Place Part II centers on her journey to save her family using her wit and her stubborn determination. The story branches away from the single-family unit to a slightly wider world full of angry, lawless people, and with Regan out after a year of lockdown (sounds familiar, doesn’t) through a world she doesn’t recognize with pitfalls she can’t navigate. Her deafness is still a major part of the story, and it should be. Her solution saved the family in Part I and it makes sense for her to continue leading with her brains in Part II.

The creatures are also front and center and everywhere. Not much more is learned about them, and that’s to be expected. No one is going to stumble upon a war-ready Army base, nor are battalions of Marines ready to Seal Team 6 their way to victory. This is a very human story about regular people surviving when there is no one to save them.

This is not to say A Quiet Place Part II doesn’t have its cons – as mentioned, it just ends. Things happen, gearing up for a rousing climax and fade to black, roll credits. No pull back, no fade out, just action and credits. There’s still a whole second story out there for which I needed a satisfying ending, and A Quiet Place Part II sorta kinda implies there will be a Part III (???). There are also a few characters that make strange decisions that serve to only further the plot and the sacrifices of some characters mean Hollywood still has a long way to go when making movies.

I had the opportunity to see this A Quiet Place Part II in Dolby and the chittering clicks of the aliens practically reverberate through your soul. While a sweeping film with large sets, it doesn’t have to be seen on the big screen and I think the experience would be just as satisfying in 45 days when it hits streaming and VOD. As horror movies go, though, it’s worth the masks and social distancing.

A Quiet Place Part II is a worthy sequel to the 2018 original, and totally worth the wait.

A Quiet Place Part II is streaming now on the following services:
Powered by JustWatch