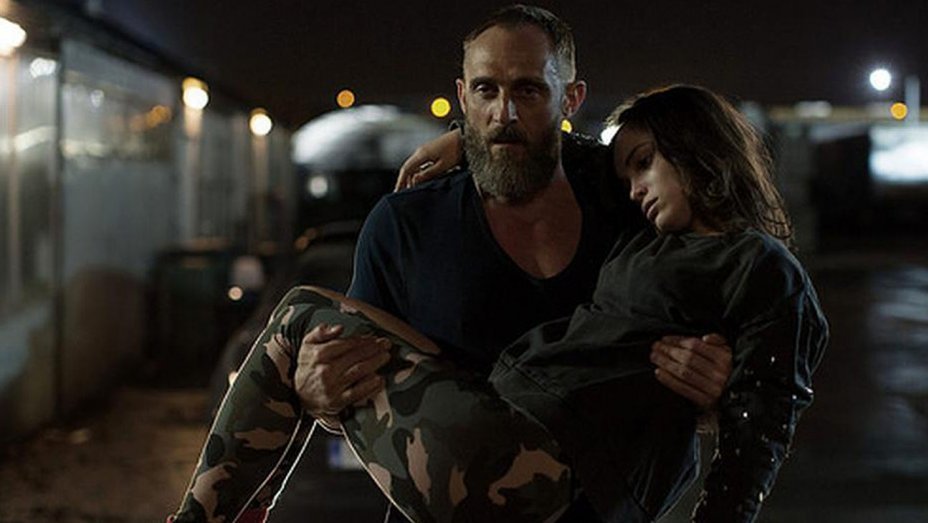 A Bluebird in my Heart Movie Review

A Bluebird in my Heart Movie Review Metadata

A Bluebird in my Heart Movie Metadata

A Bluebird in my Heart

A Bluebird in my Heart External Links

A Bluebird in my Heart Movie Trailer

A Bluebird in my Heart Movie Tickets

When I first heard the description of A Bluebird in my Heart (here paraphrased by me): “a newly-sprung ex-con befriends a troubled young girl,” I did something I regret…I made an assumption. I read the description and immediately thought “Oh, this is not going to go well,” and I started the movie with that assumption. I wish I hadn’t because it’s not that type of a film, but the “This is not going to end well” feeling definitely doesn’t go away, it’s just there for different reasons.

Danny (Roland Møller, Atomic Blonde) has just been released from prison after serving time for a crime we don’t really know much about, but he’s far from a free man. Tracked by an ankle tether, he’s got an honest chance to move on from his past, and he’s game for it. Finding lodging at a motel run by Laurence (Veerle Baetens) and employment in the kitchen of a restaurant across the way, he’s got a fairly decent chance since Laurence has a soft spot for tough luck cases. Enter the other piece of the equation, Laurence’s scrappy but poor-choice-making daughter Clara (Lola Le Lann), and you get the “uh oh” in your gut. Danny is trying to start over but is inexorably pulled toward being the father-figure she’s missing in a way that genuinely has you rooting for both of them, even as you know it’s not going to work out that way.

The acting and the cinematography are this film’s strengths; the visuals were my favorite part. Gorgeously gritty, you can almost feel the tinge of despair in every shot. The performances delivered are also near-perfect: Danny looks like an ex-con (not a Hollywood bad-boy version of one), from his scraggly beard to his wary hooded eyes. Clara tugs at your heart even as you want to shake her. You genuinely start to care about them both even as the seedier edges of Clara’s life begins to bleed into Danny’s.

The film’s title is based on a poem by Charles Bukowski, it’s easily found with a web search and I do encourage you to seek it out. One part of it reads: “there’s a bluebird in my heart that/wants to get out/but I’m too tough for him,/I say, stay in there, I’m not going/to let anybody see/you”. The poem is enough to make you want to cry for Danny, but using such a poem to base the film on is also unfortunately its greatest weakness: you can see everything coming. Everything that you’re afraid will happen, does, because the film needs it to. There’s a lot that doesn’t make sense, but not in a clever cinematic sense…it genuinely just pushes the boundaries of believability.

Do I recommend you see it? If you have a chance to on a streaming service, yes. I wouldn’t make a point to seek it out, but it’s worth it for the visuals and the cast. If you’re the type who tends to scream “Oh of course that would happen!” at a film screen, though, I’d stay away.

A Bluebird in my Heart is streaming now on the following services:
Powered by JustWatch